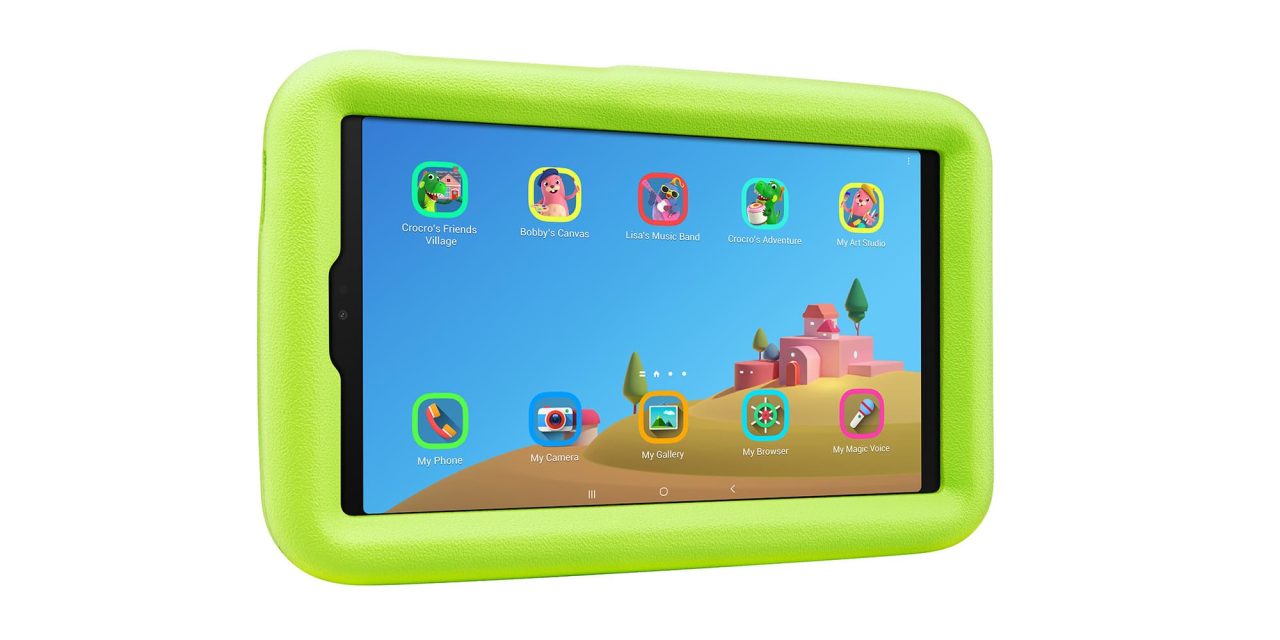 AT&T has partnered with Samsung to launch a brand new tablet option for parents to give their children. The Galaxy Tab A7 Lite Kids Edition sports a low price tag, a rugged body, and the Google Play Store on board.

Available starting on November 4, the Galaxy Tab A7 Lite Kids Edition will be available through AT&T.

The original Galaxy Tab A7 Lite is a tablet on the smaller side at 8.7-inches. It has a respectable spec sheet with a MediaTek chip, 3GB of RAM, at least 32GB of storage with a microSD card slot, and a 5,100 mAh battery. For its usual $160 price tag – currently down to $109 – it’s a solid deal.

With the Kids Edition, it seems you’ll be getting that same core package but with some notable additions.

First and foremost, the tablet has a rugged outer shell. This shell adds a ton of protection, with a large lip around the display and plenty of shock resistance around the sides. There’s also a built-in kickstand/handle on the back that rotates 360 degrees.

On top of that, the tablet includes free access to the “Samsung Kids” app, which can assist with controlling how kids use the tablet, including how they browse the internet and what apps they can install and use. AT&T summarizes:

Samsung Kids lets you shape a safe environment for your child to happily explore and connect with the world. With family-friendly activities to both entertain and encourage kids to learn, develop and flourish. Samsung Kids helps your child safely enjoy the digital realm.

Pricing on the Galaxy Tab A7 Lite Kids Edition lands at $7/month on AT&T, a price paid out over the course of 36 months. That comes out to a retail cost of roughly $250.

Perhaps the reason this device is most notable is that it ships with the Google Play Store. Why? This is a device that competes with Amazon’s Fire Tablet for kids, which also has a rugged design and an affordable price. Samsung and AT&T’s option is considerably more expensive, though. A comparable Fire Tablet for kids costs around $180 and comes with a two-year “worry-free” guarantee that replaces a broken tablet. But the value of having the full Play Store, and especially a proper YouTube (and YouTube Kids) app can’t be understated.