board of directors Stories November 7, 2014 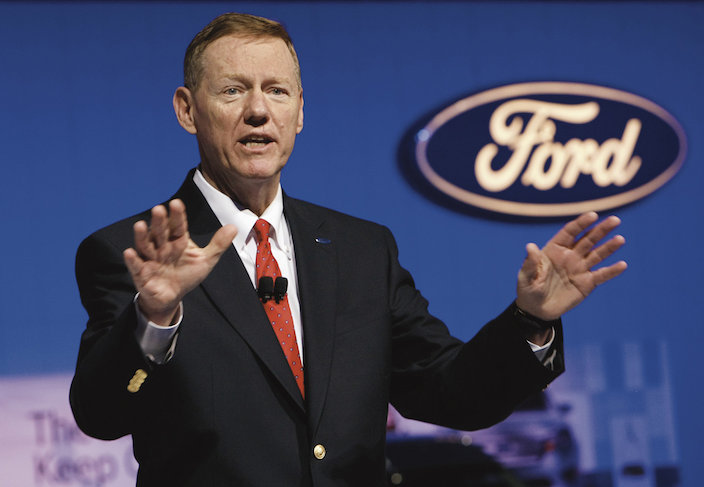 Google announced on Tuesday that it has appointed Alan Mulally to its Board of Directors. Mulally served as Ford President and CEO between September 2006 and June 2014, retiring from his post on July 1st. Mulally, who was appointed on July 9th, is serving on Google’s Audit Committee. His knowledge and connections in the automotive industry could be valuable towards the company’s self-driving car initiatives. END_OF_DOCUMENT_TOKEN_TO_BE_REPLACED

Trading in Blackberry shares was briefly suspended in the lead-up to the company’s announcement that it is exploring ‘strategic alternatives’.

The Company’s Board of Directors has formed a Special Committee to explore strategic alternatives to enhance value and increase scale in order to accelerate BlackBerry 10 deployment. These alternatives could include, among others, possible joint ventures, strategic partnerships or alliances, a sale of the Company or other possible transactions.

The company, which once dominated the enterprise market, was extremely late moving into touchscreen phones and found itself increasingly isolated by both Bring Your Own Device policies and aggressive pitching to the corporate market by both Apple and Samsung.

The time for Blackberry to explore strategic alternatives was two years ago.

In an interesting development,  the press release notes Prem Watsa CEO Fairfax Financial has resigned from the board:

With the announcement of the Special Committee, Prem Watsa, Chairman and CEO of Fairfax Financial informed the Company that he felt it was appropriate to resign due to potential conflicts that may arise during the process. Fairfax Financial is the largest BlackBerry shareholder. Mr. Watsa said, “I continue to be a strong supporter of the Company, the Board and Management as they move forward during this process, and Fairfax Financial has no current intention of selling its shares.”

Perhaps this indicates that the Blackberry’s largest shareholder is at least considering a buyout.

Michael Moritz, a former member of Google’s Board of Directors, announced today that he is stepping down from his managing partner post at venture firm Sequoia Capital due to an incurable disease.

He will now become a chairman at the top-tier firm that has backed many startups-turned-goldmines in the last 20 years, including Google, PayPal, and Yahoo. The title change will curtail daily activity involvement so Moritz can focus on living a full life while beating the odds.

The letter Moritz sent to limited partners this morning is below (via TechCrunch): Walmart will vote to elect Mayer at its Annual Shareholders’ meeting June 1. The company’s full press release is below: END_OF_DOCUMENT_TOKEN_TO_BE_REPLACED