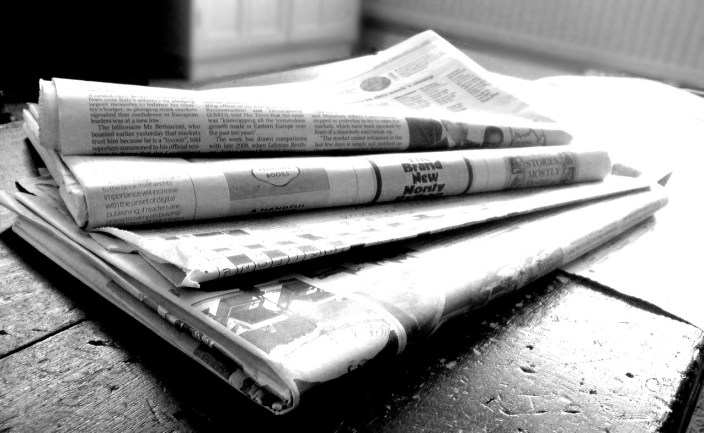 Through its Digital News Initiative launched last April, Google has selected three projects to honor with its Computational Journalism Research Award in Europe. Google says that each project it selected “create[s] innovative new tools and open source software that will support online journalism and benefit readers.” In addition to being highlighted by Google with an award, these recipients also receives cash funding as well as computing credit to support their projects: END_OF_DOCUMENT_TOKEN_TO_BE_REPLACED Google’s chief legal officer David Drummond has revealed in a Guardian comment piece some of the criteria the company is using to decide whether or not to act on ‘right to be forgotten‘ requests, and says that it is creating an independent advisory council to assist it in making these decisions.

[The criteria] include whether the information relates to a politician, celebrity or other public figure; if the material comes from a reputable news source, and how recent it is; whether it involves political speech; questions of professional conduct that might be relevant to consumers; the involvement of criminal convictions that are not yet “spent”; and if the information is being published by a government …

END_OF_DOCUMENT_TOKEN_TO_BE_REPLACED “We didn’t know [Prism] existed,” he said, suggesting that Google was just as surprised by the leaked reports as citizens were. END_OF_DOCUMENT_TOKEN_TO_BE_REPLACED

Following Google’s denial of being involved in the PRISM surveillance claims in which the National Security Agency was accused of tapping into servers of 9 tech companies for details of user activity, Google today published a letter it just sent to the U.S. government requesting the release of more national security request data.

Google this morning sent a letter to the Attorney General and the Federal Bureau of Investigation asking that it be allowed to publish “aggregate numbers of national security requests, including FISA disclosures—in terms of both the number we receive and their scope.”

Assertions in the press that our compliance with these requests gives the U.S. government unfettered access to our users’ data are simply untrue. However, government nondisclosure obligations regarding the number of FISA national security requests that Google receives, as well as the number of accounts covered by those requests, fuel that speculation.

Google continued by noting that the numbers “would clearly show that our compliance with these requests falls far short of the claims being made. Google has nothing to hide.”

The full letter is below: END_OF_DOCUMENT_TOKEN_TO_BE_REPLACED It is no secret that Mountain View-based Google has been in a flurry of legal proceedings over its Android operating system—along with the OEMs that use it. Consequently, Google has been vocal in the past about how it wants to change the patent system in the United States. Adding to the attempt of reform, in an interview with reporters in Seoul this afternoon, Google Legal Chief David Drummond called for a reform of how software patents are issued.

According to the Wall Street Journal, Drummond talked about making it more difficult to obtain a software patent as one possible solution. He spoke about other countries, specifically: “There are places in the world where you can’t get a software patent, or at least it’s harder, like Europe. We think that’s probably the better way to go.” Many others have also voiced a similar opinion.

END_OF_DOCUMENT_TOKEN_TO_BE_REPLACED

The web is abuzz with the news that Google is snapping up Motorola Mobility in a deal valued at $12.5 billion. And while there are concerns that Google is pursuing the deal purely for the patents, CEO Larry Page said in a blog post that the agreement will let them “supercharge the Android ecosystem” by fending off patent threats from Apple, Microsoft and other companies. In addition, he dropped hints of “wonderful user experiences” in a nod at tightly integrated devices that Apple famously builds.

Now, conventional wisdom has it that the transaction will put other Android backers in an uneasy position as they get to compete with Motorola on an uneven playing field. Not to worry, Boy Genius Report has reactions from major Android backers that appear to be upbeat about the deal. For example, J.K. Shin, president of Samsung’s Mobile Communications division says:

We welcome today’s news, which demonstrates Google’s deep commitment to defending Android, its partners, and the ecosystem.

The publication quoted similar statements by executives from HTC, LG and Sony Ericsson that Google published on their site. On the other hand, as noted by Business Insider, Android backers cannot be satisfied with the outcome of this time, regardless of their voice of support. TIMN wonders what this deal means for the future of Motorola products and the level of Google’s involvement in product development. So far, this is about intellectual property. Motorola Mobility CEO Sanjay Jha revealed in a conference call discussing the Google deal that his company controls a rich patent portfolio of 17,000 issued patents and 7,500 patent applications filed, indicating that Google will use this patent war chest as a powerful leverage against legal pressure from rivals Apple and Microsoft.