Google today detailed some improvements it’s making for Apps users when it comes to file sharing with Google Drive and managing permissions for various users. The new functionality comes in the form of new “Access Checker” features within the Apps Admin console that will allow admins to select one of three options for file sharing with users:

If an admin allows external, public file sharing (i.e. they’ve checked the box next to Allow users in XYZ domain to publish files on the web or make them visible to the world as public or unlisted files), that admin will now be able to say which of the following three options their users will have when sharing files in the scenarios described above:

Google goes into more detail about the new options in its full blog post here for those that are interested.

Admins can expect to see the new feature rolling out in the next few days. 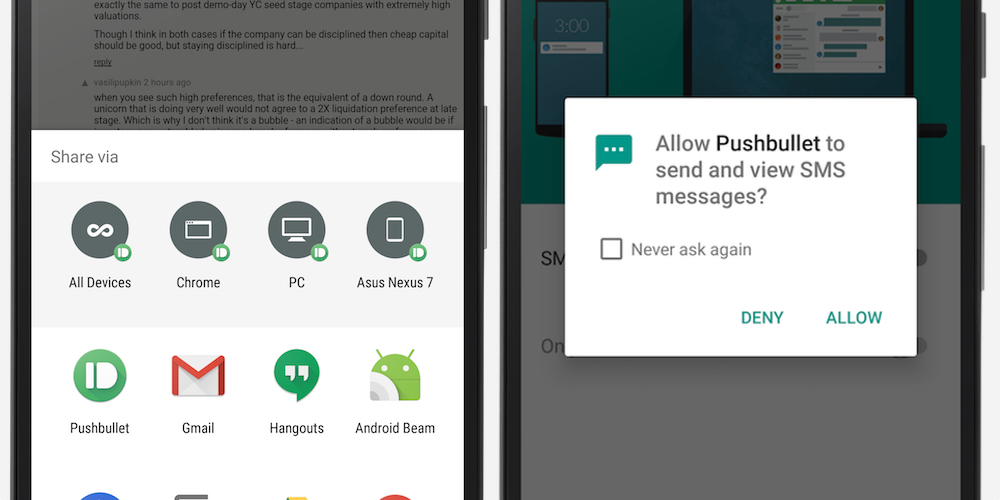 Pushbullet, the popular multi-device notification and link-sharing tool has been updated today to take full advantage of Android 6.0 Marshmallow’s built-in improvements. The company announced that the new update uses Android 6.0‘s runtime permissions and Direct Share features to give you more fine-tuned control over which parts of your system it has access to, and give the option to share items more easily and quickly with compatible devices…

END_OF_DOCUMENT_TOKEN_TO_BE_REPLACED

Among the more notable new features for developers in this release is support for the new permissions in Android Marshmallow, which we noted previously offer users precise control over app permissions on a case by case basis.

A new App Invites feature allows apps to integrate the ability for users to invite Google contacts from Android or iOS using email or SMS, while a new Play Games Player Stats API will let apps better customize the gameplay experience in relation to the player’s stats and actions.

Lastly, Google Play Services 8.1 brings the ambient mode for always-on apps on Android Wear to Google Maps and introduces Nearby Status Listener for Google Nearby allowing apps “to receive callbacks when an active Nearby publish or subscribe expires.”

The Google Play services 8.1 SDK is available now for developers. 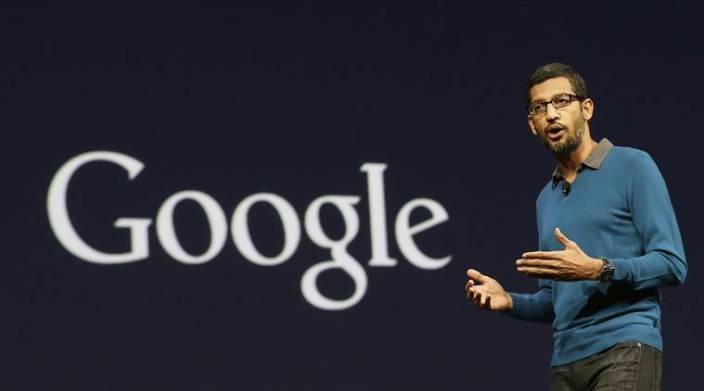 One of the big additions to Android with the unveiling of Android M last week is more granular permission controls, allowing developers to ask for access to things like the microphone or GPS only once they need them, and for users to be able to revoke one or all of these permissions when they’d like. What wasn’t discussed on the keynote stage, however, is that the Chrome browser already has these features. Here’s how to use them:

END_OF_DOCUMENT_TOKEN_TO_BE_REPLACED

According to a report this afternoon from Bloomberg, “people familiar with the matter” have said that Google is preparing to give Android users more control over what data gets shared with their apps. Users will, at some point in the near future, have “more detailed choices” over which pieces of their information that apps have access to:

Google’s Android operating system is set to give users more detailed choices over what apps can access, according to the people, who asked not to be identified because the matter remains private. That could include photos, contacts or location. An announcement of the change, which would put Android closer in line with Apple Inc.’s iOS, is expected for Google’s developer’s conference in San Francisco this month, one of the people said.

More than likely, this is a feature that Google will be announcing alongside Android “M” at this year’s Google I/O conference which is set to kick off at the end of the month.