Since its launch last year, Inbox by Gmail has added more features to make it smarter and more convenient to use. Today, the app is getting a highly requested feature that allows users more granularity and adds more options to the popular email snoozing feature. 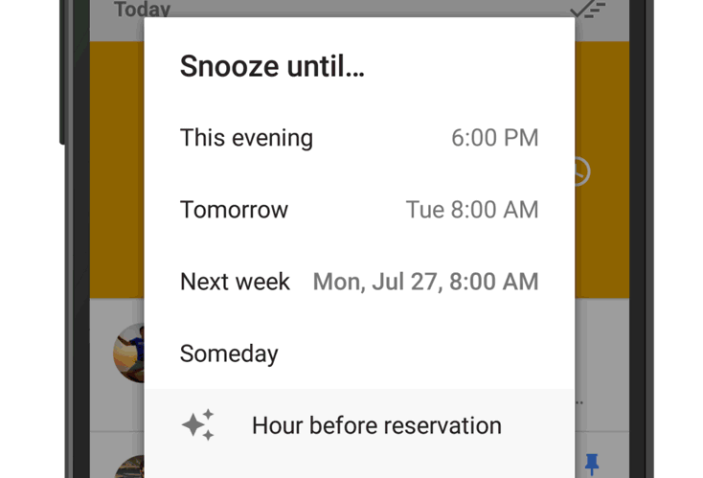 Google today announced a useful new feature that is now available in its Inbox email app. Starting today, when users “snooze” an email that has dates and times, they will be presented with a one-tap option to snooze to a specific time further in the future. For instance, you can snooze an event confirmation email until the day of the event. Another possible instance is snoozing a shipment confirmation email until the day of the package’s arrival.

END_OF_DOCUMENT_TOKEN_TO_BE_REPLACED

There’s always a chance the features above will never make it out of testing, but there’s also a possibility Google could be planning to roll them out to users in a future update. As always, we’ll keep you updated as we learn more.  END_OF_DOCUMENT_TOKEN_TO_BE_REPLACED