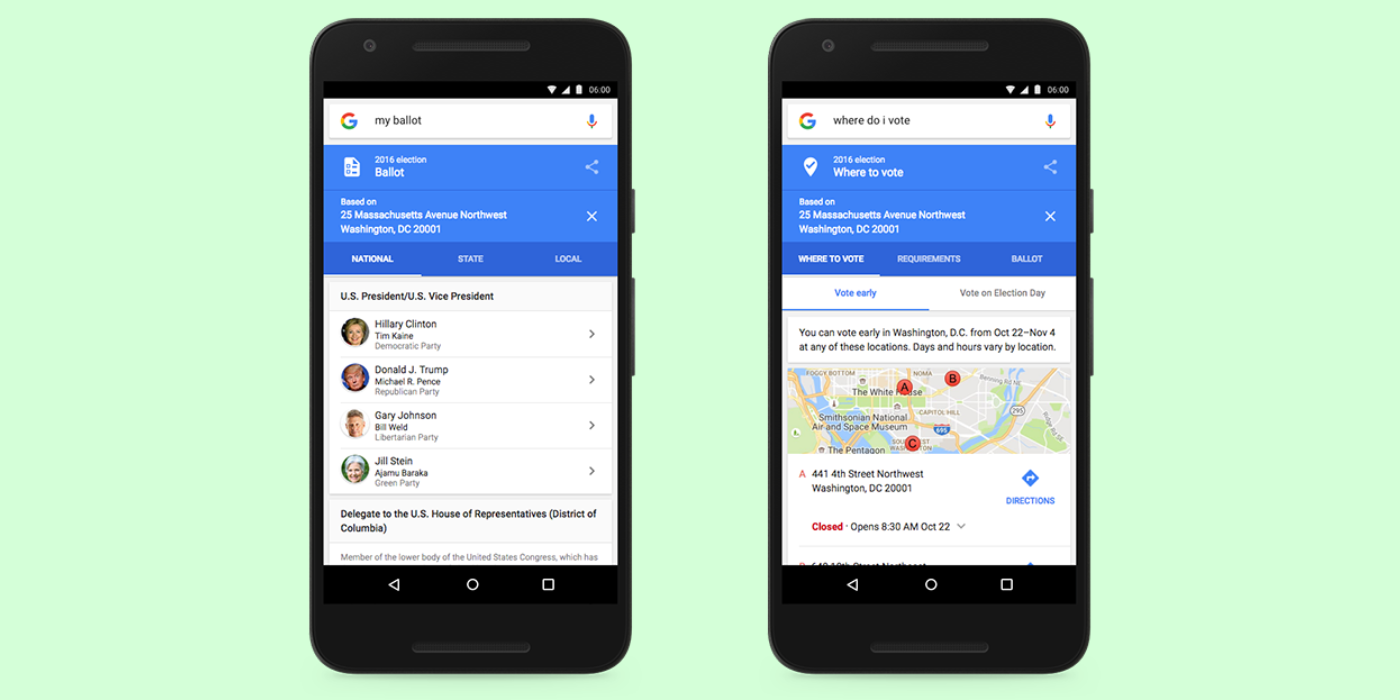 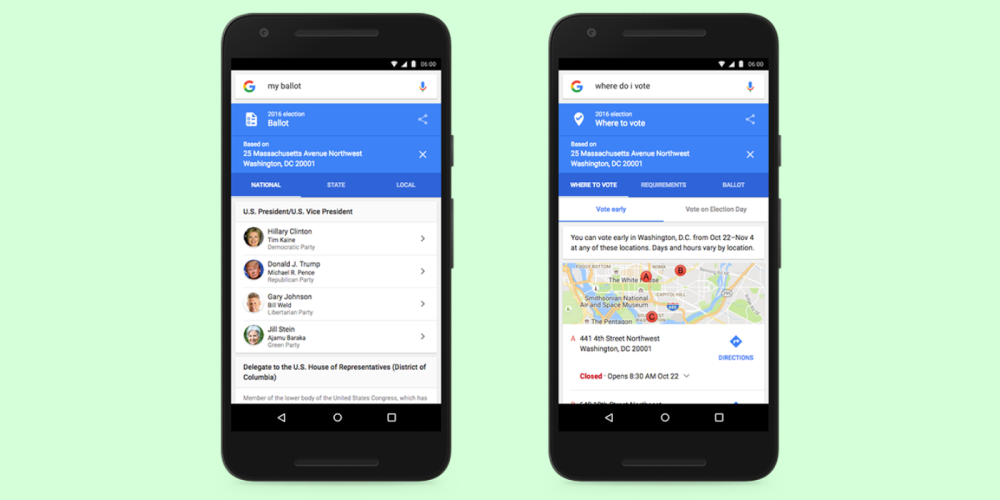 From reminding people about local elections to adding state-by-state voter registration guides, the latest civically minded addition to Google Search directs people to polling places and tells them who’s on the ballot. Both are personally customized to your location and can be accessed on mobile and desktop.

END_OF_DOCUMENT_TOKEN_TO_BE_REPLACED 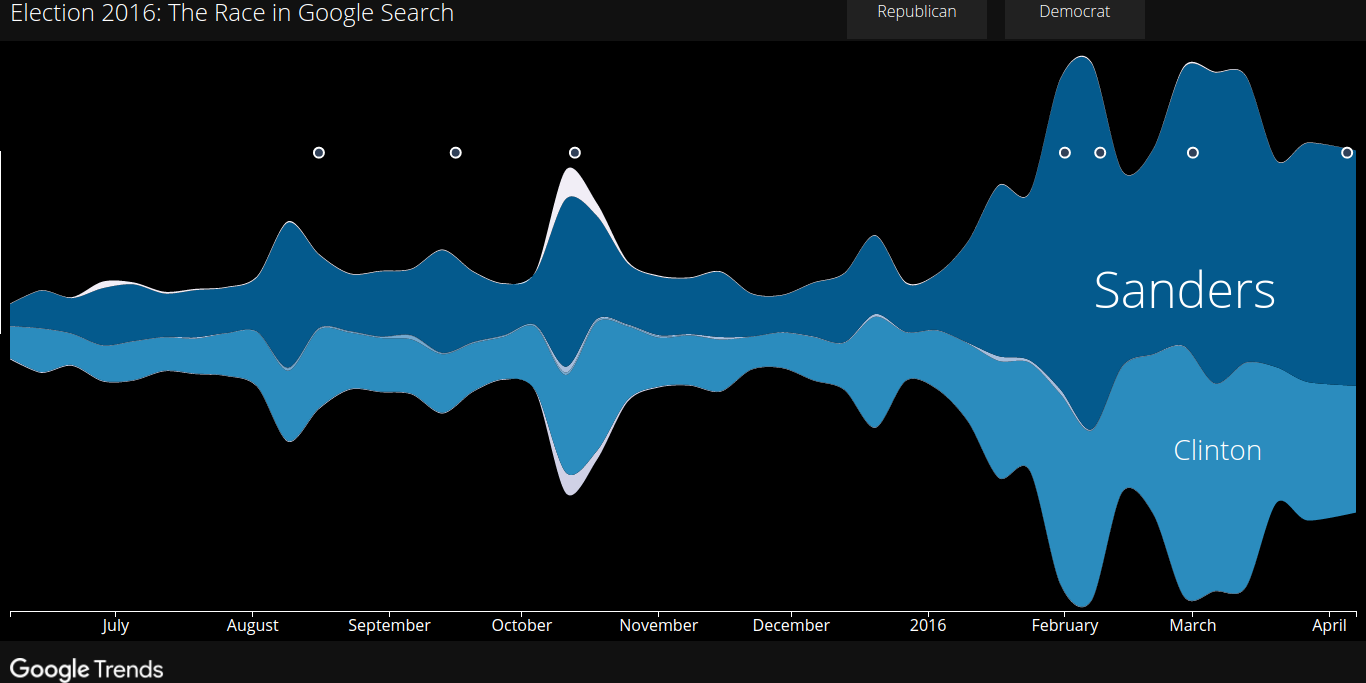 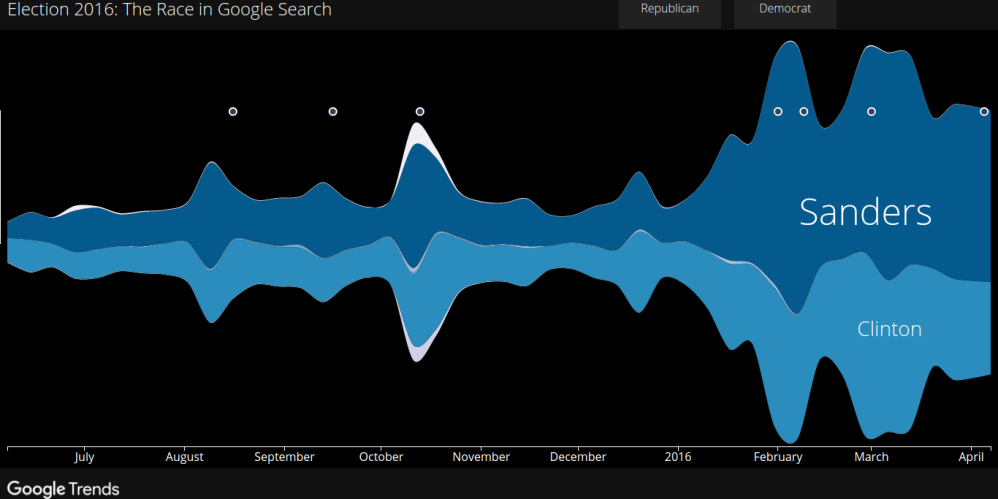 During elections and other major events, Google Trends usually posts interesting statistics and data visualizations based on search results. While not necessarily reflective of today’s New York primary, Bernie Sanders is leading (via The Hill) Hillary Clinton in search interest and other related terms.

END_OF_DOCUMENT_TOKEN_TO_BE_REPLACED

A new patent has recently been granted to Google which conceptualizes real-time, online voting. The example used in its graphic portrays a made-up reality TV show called ‘Top American Singer’, and shows how you would only need to click on a contestant’s image to vote. No calling or texting a premium rate number required.

In the patent, it’s clear Google is imagining this would be used for things like reality shows where contestants get voted off. It would be ideal for shows like American Idol, although there is potential here that it could be used for more consequential events like a political leadership campaign.

As you’d expect from any Google Search based interface, the web page would also show news and content related to the campaign.

While it may not launch the concept as an official product, Google has long been experimenting with real-time election tracking. During the recent US political campaigns, Google’s search tool has been updating with poll results during debates.

In an age where everything appears to be heading towards being internet-based, it’s hard to imagine a future without online voting for the next state senator, US President or UK Prime Minister. Whether or not it’ll be as open and insecure as a simple Google vote is debatable. That would of course need to be a highly encrypted bespoke application, rather than a Google Search interface. But, for TV shows, the Google solution seems promising.

Planning to watch American Idol tonight and vote on your favorite performers? Google is making voting through its Search apps possible through a partnership with FOX. As the live finalist performance shows debut, American Idol is allowing viewers to vote through Google.com and Google’s Android and iOS Search apps.

Voting through Google allows you to cast up to 50 votes for each contestant as the new voting system is piloted. Simply search american idol or idol during voting hours and cast your votes!

Google Search for Android is available for free from the Google Play Store.