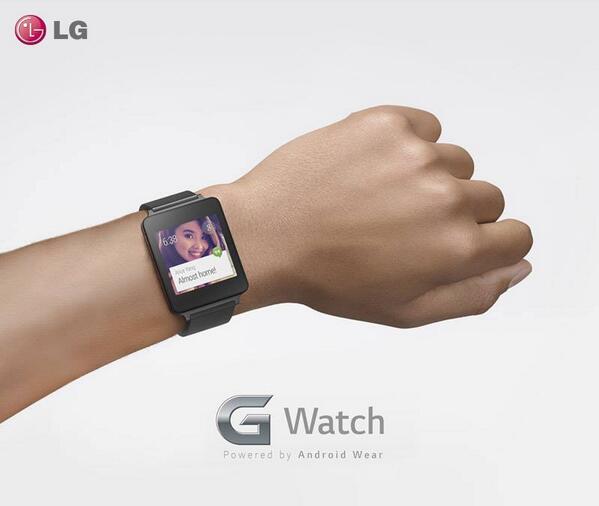 LG has posted an image of its upcoming smartwatch on Twitter, perhaps trying to deflect attention away from the Moto 360. The watch will run on the Android Wear platform, but unlike Motorola, LG has opted to use a traditional square screen for the ‘G Watch’.

Other than teasing that the device is ‘coming soon’, LG is still reluctant to release detailed specifications about the device. However, the Wall Street Journal is reporting some more concrete technical specifications according to ‘a person familiar with the matter’. The Journal says that the device will feature a 1.65 inch display with a resolution of around 240 pixels per inch.

The report also says that the battery life is estimated at around a ‘couple of days’.

More concrete information about the G Watch should be released soon, as LG promised that this smartwatch will be the first Android Wear product on the market. This means the watch should arrive sometime in the next few months, if it is to beat the Moto 360 to market as promised.