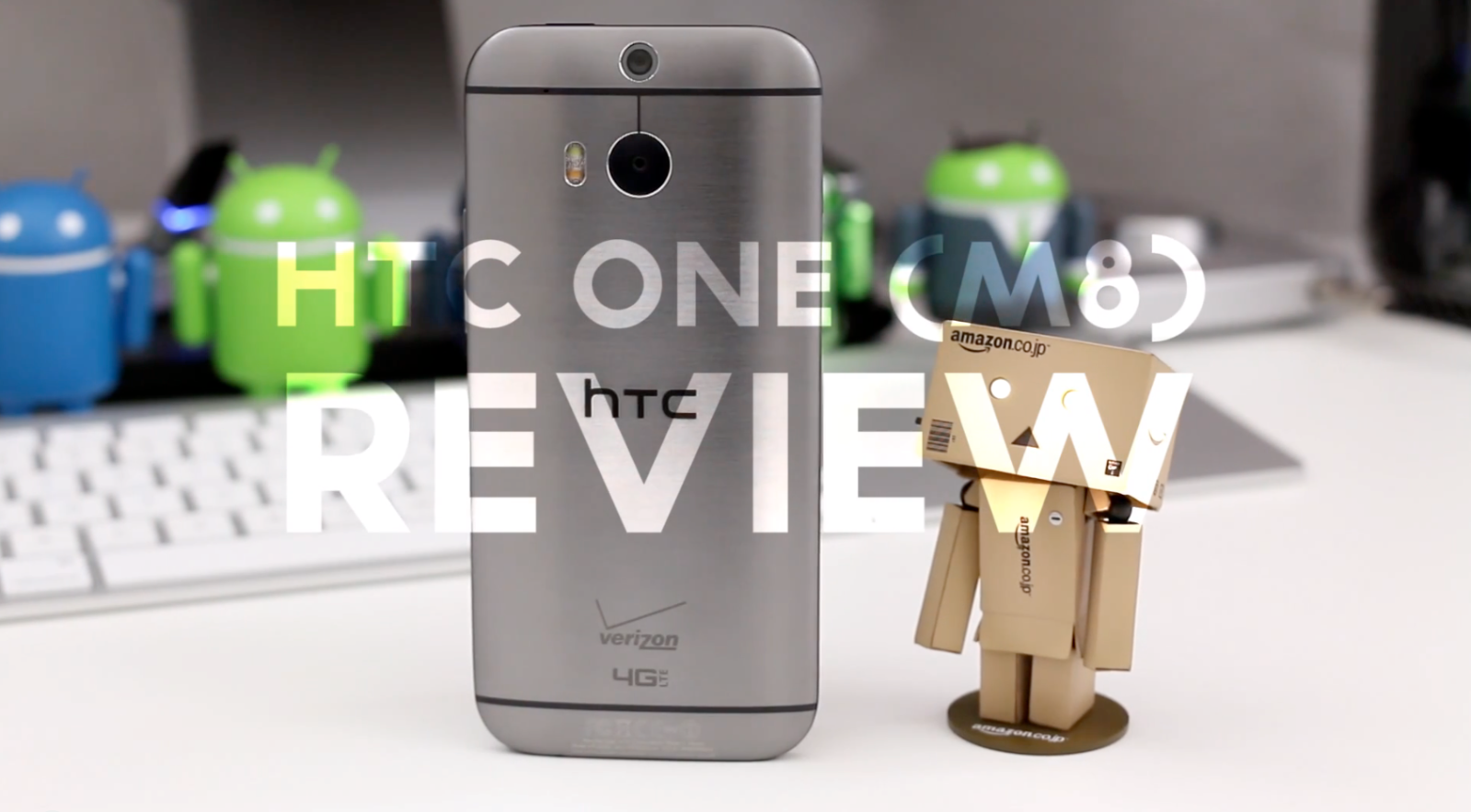 The HTC One (M8) has been one of the most anticipated smartphone releases in 2014. Following the success of the One (M7) wasn’t going to be an easy task, but somehow the company pulled it off. Well, almost. This is nearly one of the best smartphones for your money, but there are a few things that hold the HTC One (M8) just inches away from Android perfection.

With the M8, you’re getting an even better build quality than its predecessor. HTC claims that the One (M8) has a body constructed of 90 percent metal, which is a 20 percent boost over last year’s model. There is nothing about this device that feels cheap. It’s an epic win in the quality department. It may be a little slippery (and look like a stainless steel refrigerator), but overall I’m very happy with the build quality here.

Take a look at our video review below:

The display is beautiful. There’s no better word to describe it. Paired with the improved Boom Sound speakers, this smartphone is a media consumption powerhouse. Everything from music to movies to games, just screams quality on the HTC One (M8). I haven’t had this great of a smartphone media experience since the HTC One (M7), but this time around it’s even better. Also, thanks to the HTC Advantage program, if you happened to crack the screen within the first six months of ownership, HTC will replace it free of charge.

HTC has also moved the headphone jack to the bottom of the device, and thankfully, has moved the lock button to the right side of the top. Seriously, thank you for that. But ultimately, I’d prefer it on the side of the device where my thumb naturally rests. Just copy Samsung’s Galaxy S5 button layout, we won’t judge. The lock button still has an integrated IR blaster, which is nice, but it’s not really a feature that I use often. On its backside, the HTC One (M8) features the same 4-megapixel Ultra Pixel camera, which brings me to one major fault. I can get over the fact that they’ve used the same camera sensor, but this time it doesn’t have optical image stabilization. In my opinion, that was a very poor decision. I’m not sure why they decided (or were forced) to remove it, but I miss it dearly. Because of the lack of OIS, it’s pretty much impossible to get decent 1080p video from the One (M8). Everything is just too shaky.

Because of the mediocre camera setup, it’s just hard to capture great photos unless you’re outside (and trying) or in a very controlled environment. Don’t get me wrong the camera is decent, but it’s not one of the M8’s ‘s strong points. The funny thing is, the front-facing 5-megapixel camera is almost better in certain conditions. Check out the photo gallery below for rear camera and Duo effect samples.

As far as software goes, everything is buttery smooth on the HTC One (M8). I don’t have a single complaint in this department. Sense 6 is a joy to use, and quite possible, one of my favorite Android skins. The interface and menus are customizable using built-in themes, BlinkFeed 2.0 looks great (even though I prefer not to use it), and I’m a fan of on-screen buttons as opposed to the capacitive buttons found on the M7.

One feature set that prevents me from letting go of the M8 are its new Motion Launch Gestures. These gestures allow you to wake and unlock the device just by tapping and swiping on the screen. Some of my favorite gestures include: Double tap to wake the screen, swipe to the left to unlock it straight to the home screen, swipe to the right to access BlinkFeed, swipe up to unlock and access the app currently opened in the foreground, and swipe down to access voice calling. When it comes to battery life, the HTC One (M8) is a winner. I’ve easily been able to get 13+ hours on a single charge (if not more). It’s definitely and all day phone, even with just a 2,600mAh battery. Thoroughly impressed with the battery life. I’m actually quite surprised that even with all of the features and hardware included here, it’s still better at power management than most other smartphones.

Overall, using the HTC One (M8) has been an enjoyable experience. In my opinion, if the camera quality was bumped up to at least 8-megapixels and volume and lock buttons were rearranged, this may have been the ‘One’ and only perfect smartphone in 2014. Though that’s just my take on this device and not everyone at 9to5Google has the same opinion.

Also, to find out how this device compares to Samsung’s Galaxy S5, be sure to check out our full comparison article. Looking for HTC’s official M8 accessories? Don’t forget to check out our Dot View case review as well. If you’d like to find out more about the HTC One (M8), visit its official landing page or click here for pricing and availability.