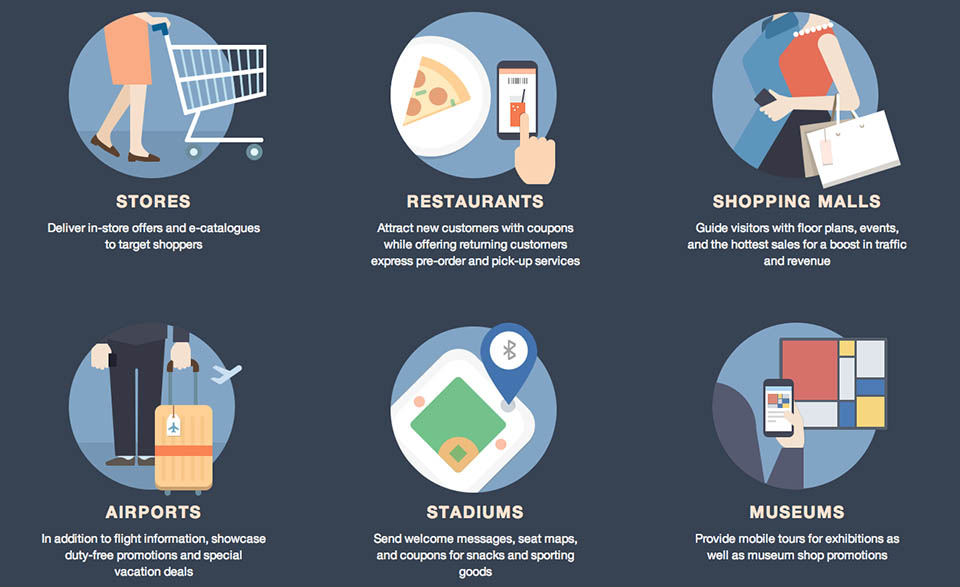 Samsung has announced its own location-based alerts system, designed to allow businesses to send alerts to your smartphone. These highly-localized messages could range from offers on products in the section of the store you are in, to directions to your seat in a stadium or theater.

Called Proximity, the service is based on Bluetooth LE beacons and will work in a similar fashion to Apple’s iBeacon service already in use in stores like Macy’s, American Eagle, The Bay, Lord & Taylor and Walmart – along with such diverse locations as MLB stadiums and airports …

If you’re not yet familiar with iBeacon, our briefing over on 9to5Mac runs through some of the likely uses, but Samsung is attempting to take things one step further than Apple. Where iBeacon requires you to be running an app for the business you’re visiting, Samsung is apparently baking support for Proximity right into its Android overlay, so it’s always on. Businesses have the option of offering customers their own app, but it isn’t a requirement.

While this is good news for retailers – who will be able to send alerts to visiting customers whether or not they are running the store’s own app – it’s not yet clear whether it will be good news for you and I: Samsung hasn’t provided any detail on how we can choose which alerts we do and don’t want to receive.

No timings have yet been announced: Samsung is currently working on signing-up businesses.