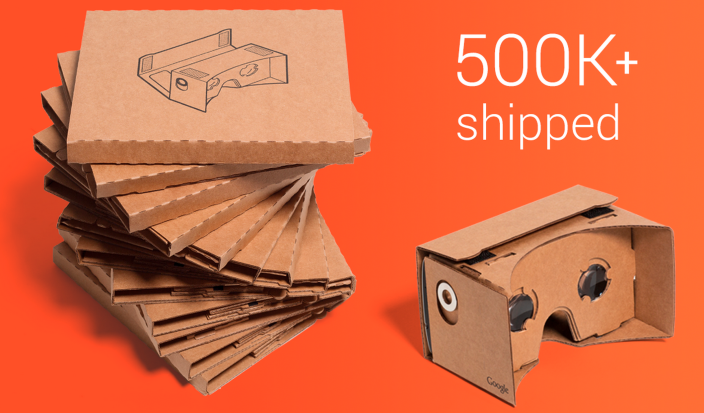 Google today announced some updates for its Google Cardboard virtual reality experience that it says is now in the hands of around 500k people since launching in June (not including unofficial versions). The main updates include new SDKs for developers building experiences on Android and Unity and a dedicated section for virtual reality Cardboard apps in the Google Play store.

We want to give you that time back, so today we’re introducing Cardboard SDKs for Android and Unity. The SDKs simplify common VR development tasks so you can focus on your awesome, immersive app. And with both Android and Unity support, you can use the tools you already know and love. Download the SDKs today, and check out apps like Caaaaardboard! and Tilt Brush Gallery to see what’s already possible.

Google is also publishing and refining its specs for the Cardboard hardware to make it easier for everyone to build a VR headset: For starters, we’re publishing new building specs with specific cutting tools in mind. So whether you’re laser- or die-cutting your Cardboard viewers in high quantities, or carving single units with a blade, we’ve got you covered.

Lastly, Google is today hinting at more VR projects saying that it’s “working on a few projects” and currently hiring engineers to work on virtual reality and Cardboard.