Google ‘Helpouts’ is shutting down on April 20 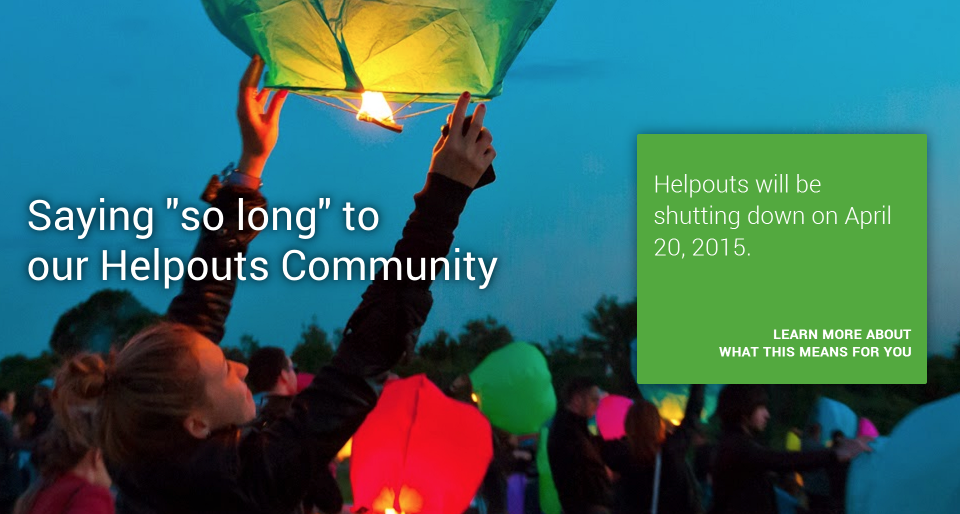 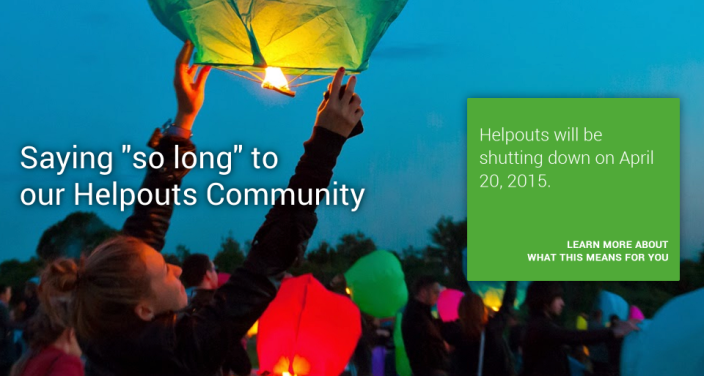 Google has announced today that its ‘Helpouts’ service for sharing and seeking advice on everyday challenges is shutting down on April 20th, 2015. We told you earlier today that the Helpouts mobile apps for iOS and Android were pulled from their respective stores, and it looks like Helpouts as a whole is now getting the boot as well.

It doesn’t really come as any surprise, as Helpouts was definitely not the wildly successful marketplace for selling live-time advice that Google likely hoped it would be. But while it has become somewhat obvious that the marketplace wasn’t used very much, it’s interesting to note that the company does indeed intend on using Hangouts for its own customer service on the Play Store.

As for why the service is being shut down, the Mountain View company touches on the fact that—while it has had some engaged and loyal users—Helpouts simply hasn’t grown at the pace Google expected. Starting on April 20th, users of Helpouts will be able to download their history from Google Takeout (which will be available until November 1st, 2015).

Saying “so long” to our Helpouts community.

We have some sad news to share: Helpouts will be shutting down on April 20, 2015.

Since launching in 2013, Helpouts has been a home for people to connect with experts on topics they want to learn about or seek advice and solutions to everyday challenges. The Helpouts community includes some engaged and loyal contributors, but unfortunately, it hasn’t grown at the pace we had expected. Sadly, we’ve made the tough decision to shut down the product.

We want to thank our community for all their support — both the providers who shared their expertise with the world, and the people who needed some extra help or advice along the way. You’ve had a lot to contribute — and we’ve loved learning alongside you.