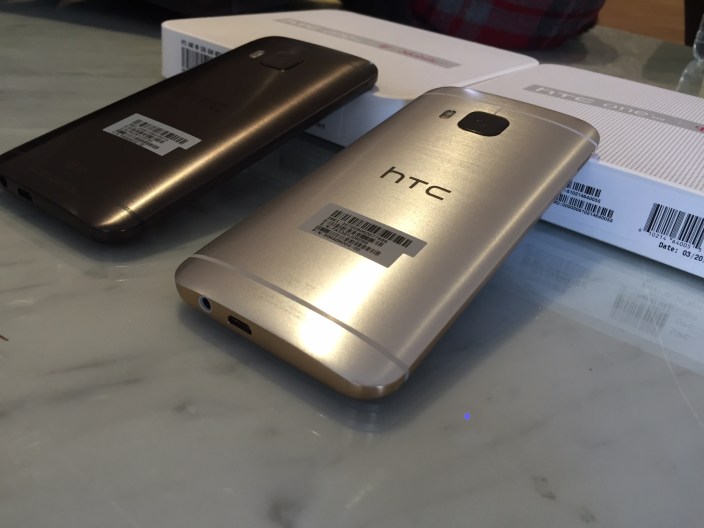 While the new HTC M9 goes on sale tonight unsubsidized for $650, T-Mobile and AT&T have just announced plans to kick off a presale of the device starting tomorrow for $0 down on their usual financing plans.

Starting tomorrow at 6am PDT, you can order the HTC M9 for $0 and 24 monthly payments of $27.08 through T-Mobile, bringing your total cost for the device up to the same $650 as the unlocked version, or for $0 through AT&T with monthly payments ranging from $23.64 to $35.45 depending on the length of the term.

AT&T will also have the phone available for $188 on its usual two-year contract or available completely free of contracts for $708.99.

AT&T notes that it will start shipping orders the same day for those received before 1:00 pm CT, allowing those who order tomorrow to get the device before the official April 10 in-store launch date. T-Mobile will likely be doing the same, as its press release states that presale customers will “have it delivered to your door weeks before it’s available for everyone else.” T-Mobile also plans to have the new phone available in-stores and online on April 10.

Sprint and Verizon also plan to carry the device, but haven’t confirmed specifics for a presale or availability.