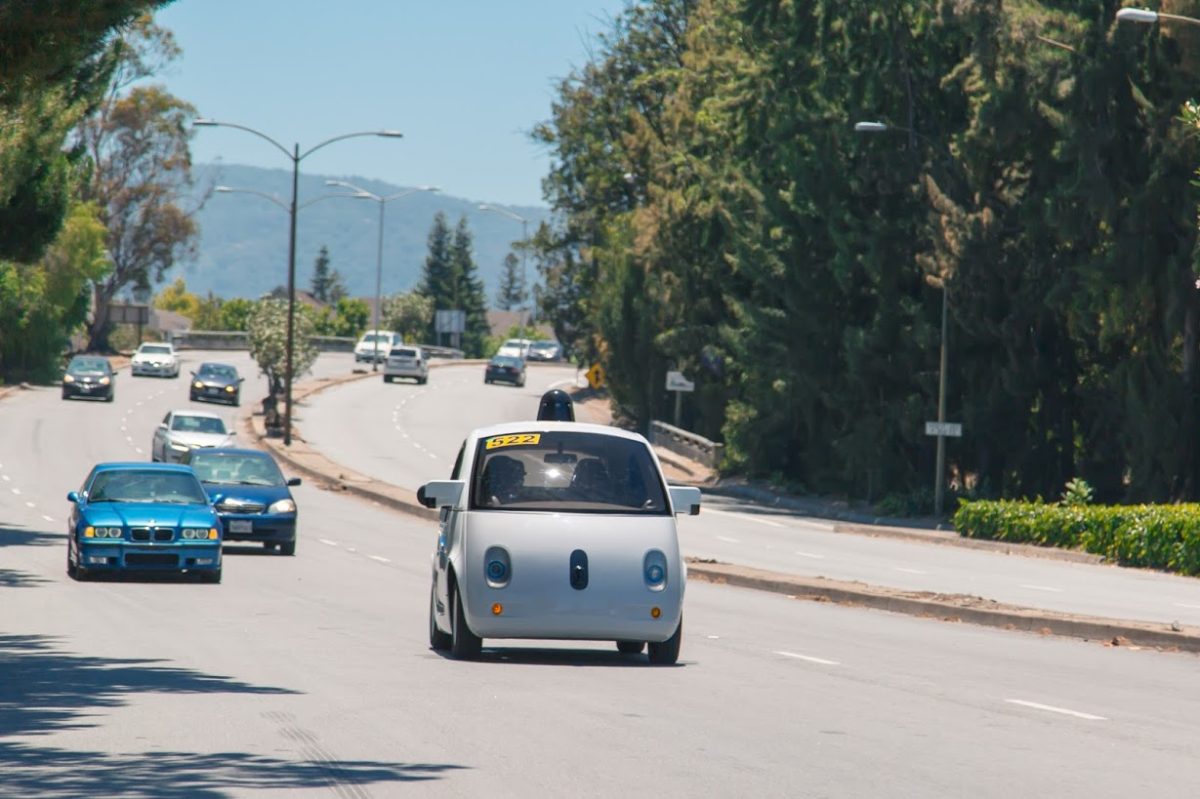 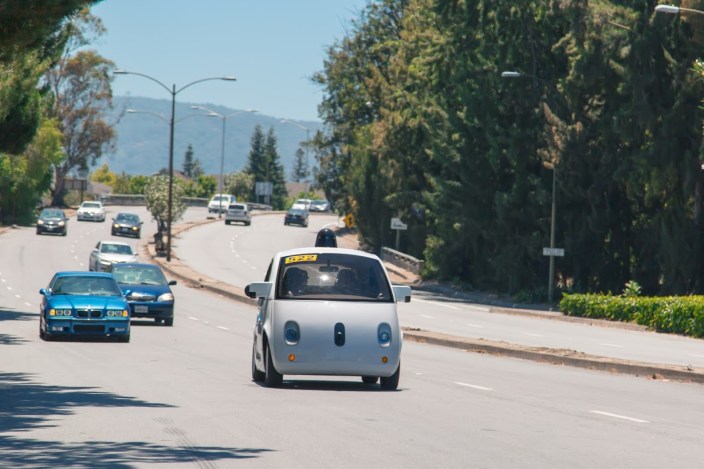 According to a recent post on Google+, Google’s new cute self-driving car prototypes are now driving the roads of Mountain View. As was mentioned previously, they’re taking some cues from how the company’s previous line of Lexus self-driving vehicles. This first run of a few of the new ‘Koala’ prototype will have a safety driver on board with a “removable” steering wheel, accelerator, and brake — just in case…

These prototype vehicles are designed from the ground up to be fully self-driving. They’re ultimately designed to work without a steering wheel or pedals, but during this phase of our project we’ll have safety drivers aboard with a removable steering wheel, accelerator pedal, and brake pedal that allow them to take over driving if needed. The prototypes’ speed is capped at a neighborhood-friendly 25mph, and they’ll drive using the same software that our existing Lexus vehicles use—the same fleet that has self-driven over 1 million miles since we started the project.

According to Google, the speed of the cars is currently capped at a pretty conservative 25 miles per hour, and they’re driving around at that “neighborhood-friendly” speed using the same software that powered the Lexus line. Ultimately, the goal is for them to be completely autonomous, but it would make sense that Google wants to take that slow to avoid any more sensationalized stories about their safety…

The company announced in the middle of May that the cars had gotten the green light to be put on the road “this summer,” and it looks like “this summer” means right now. Assuming this round of tests go well, we’ll surely be seeing more cars hit the roads over the next few months.

The cars have been received with more than a little bit of criticism, and Google had to respond in May to a report from AP saying that the Lexus cars had been involved in 3 accidents up to that point. The company noted that after logging nearly 1 million miles of driving experience, the self-driving cars had yet to be at fault in any accidents. You can read the company’s Medium post written by the head of the project.

Google hopes to have the cars on the market by 2020.