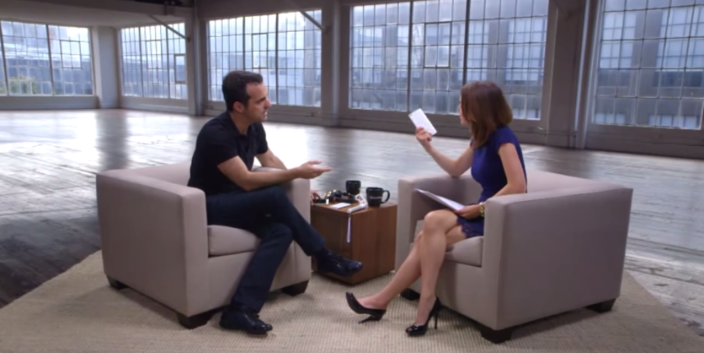 As smartphones grow in popularity in emerging markets, Hugo Barra has very publicly spoken for Xiaomi, the Chinese-based technology company that he left Google to join as Vice President of International in September 2013. Today, he sat down with Bloomberg to talk about many things, including accusations that the Chinese company has stolen Apple’s design, Android as one of the best decisions Google ever made, and Xiaomi’s eventual plan to bring its devices stateside…

“So this whole copycat melodrama all boils down to one chamfered edge on one particular phone model which awas Mi 4, which people said looked like the iPhone 5,” Barra said in reference to Jony Ive’s comments that Xiaomi had stolen his design. “And I’ve been the first one to admit it, yes it does look like the iPhone 5, and that chamfered edge by the way is present in so many other devices.”

In addition to talking about copycat accusations, Barra also spent time to talk about Google’s Android operating system, how making it open was one of the best decisions that could have ever made, and that it doesn’t make sense for phone manufacturers to build their own OS. “It would be impossible to get he level of adoption that we’ve seen from a closed operating system. It just wouldn’t go anywhere,” he said.

Barra also reiterated previous stances that the company would eventually be making its smartphones available in the United States. That won’t happen for a year at least, he says, and it’s going to require “a lot of work.” He basically reiterated what he told Re/code in June. It’s going to require a significant team, a lot of infrastructure for post-purchase support, and more.

Be sure to watch the full videos below: