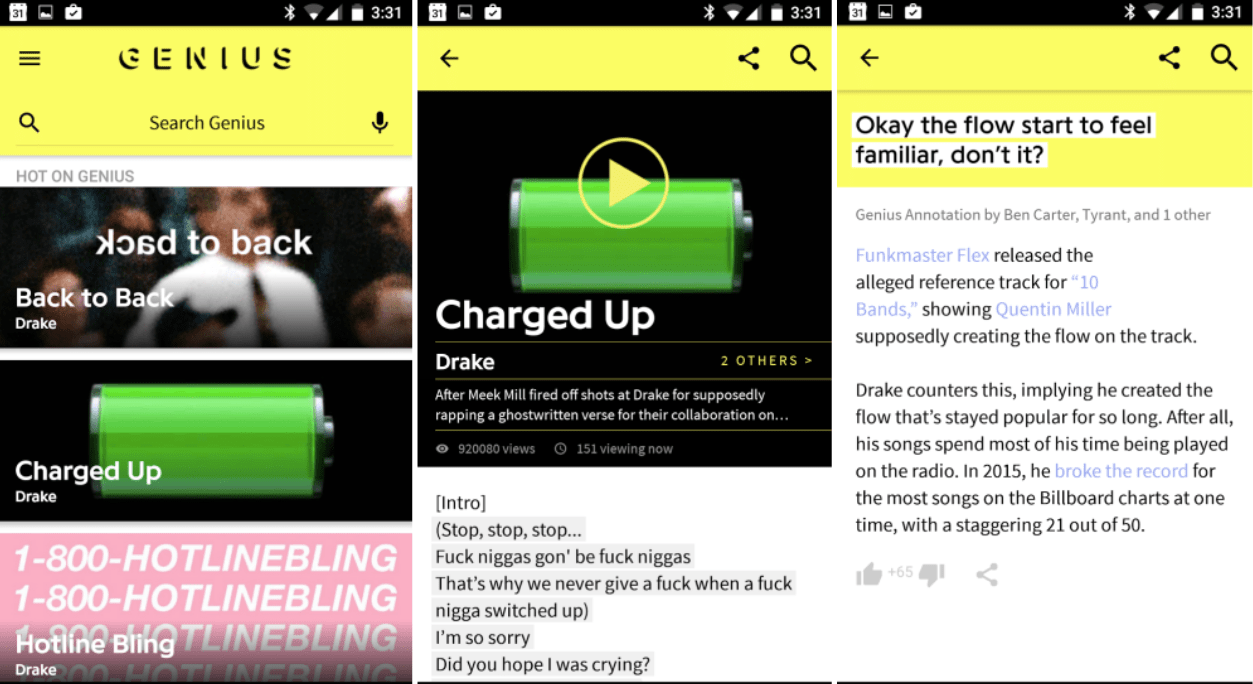 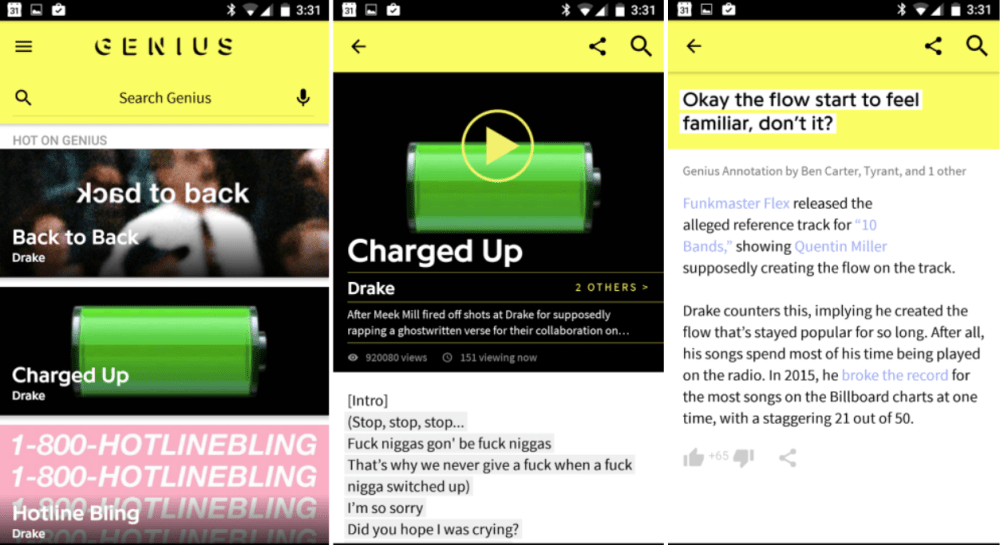 Language annotation platform Genius, formally known as Rap Genius, has launched an Android version of its mobile app (Play Store link). Genius originally launched as a music annotation service popular in the rap community, but has since expanded to cover basically the whole human corpus with vertical sections for annotations on poems, books, and more.

The Android app is very similar to its iOS counterpart, although users cannot yet add or edit annotations. It also doesn’t adopt some best practices that the rest of the Android app ecosystem has — namely, the color of the status bar is your standard black and doesn’t match the rest of the app. Other than that, it’s a solid, well-designed experience.

For those who aren’t familiar with how Genius works, it’s simple: Pieces of written text are added to the platform, then the community can highlight sentences or words within that text and add context or explanation to them. It’s particularly helpful for decoding what song lyrics mean when they’re associated with background events on which you aren’t knowledgable. And with this new app, Android users will be able to look up lyrics to and decode the songs they’re listening to as they listen to them. The app also includes the ability to play songs on the platform straight from the lyrics pages by providing a stream of it found somewhere online — be it from SoundCloud, YouTube, or elsewhere.

Genius infamously got into a fight with Google back in 2013 that saw it delisted from search results for compensating bloggers who linked to their website liberally — something that is against Google’s terms of service. They managed to resolve those issues with the company, however, and are back to appearing high in search results for song titles.