According to a new report out this morning from The Information, Google is planning a re-entry into China which could come as early as this fall. Among other initiatives, the report says that Google is planning to launch a special version of its Google Play Store app marketplace made specifically for the Chinese market, as well as bringing support for its Android Wear mobile operating system to the country…

The bigger motive behind this move to distribute a special version of the Play Store is that Google wants to put the brakes on the ever-growing fragmentation of Android devices in the country.  The company might offer “new incentives” to Android OEMs to upgrade their phones to the latest version of the mobile OS. Without question, Google would prefer the Android experience to be more consistent across phones, and that’s an effort the company has been pushing in the United States and abroad as well. 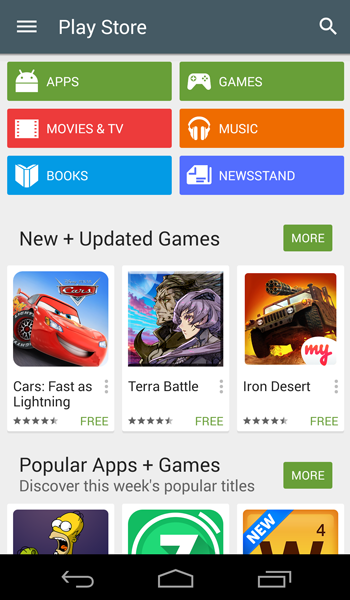 Google’s relationship with the Chinese government has been rocky for quite some time due to censorship feuds, but with this move into China, the company has reportedly said that it will follow local laws and block content that the government deems objectionable. This is notably very different position than the company held in 2010, when it largely pulled its workforce from China and relocated its web domain to Hong Kong.

The most imminent move, according to the report, seems to be introducing the more strictly-controlled Android Wear to China. Several Chinese-made apps will be made available right away, and the report notes that Google may offer a voice assistant that speaks in Mandarin.

Google Play’s introduction, which is also in the pipeline, will probably not come easy for Google as several other companies already have a very strong foothold on app distribution in the absence of Google’s store. Google hopes to win over developers by offering them the same 70% cut that the rest of the world gets, which is much more than what many of the Chinese-based app markets let developers keep. The company is also reportedly working with many western developers that have apps that aren’t yet distributed in China.

Additionally, it’s said that the Chinese Google Play market will only work with Android M devices, as well as only on devices that have been approved to be sold in mainland China in the first place. The market won’t be selling other media like books or movies, according to the report.

China has shown to be one of the fastest-growing smartphone markets in the world, and as it stands, most Chinese Android OEMs have been using the open source version of Android that doesn’t comply with any of Google’s requirements. Starting with the official introduction of Android Wear, it appears Google is ready to make the push for an Android One-like program in China.