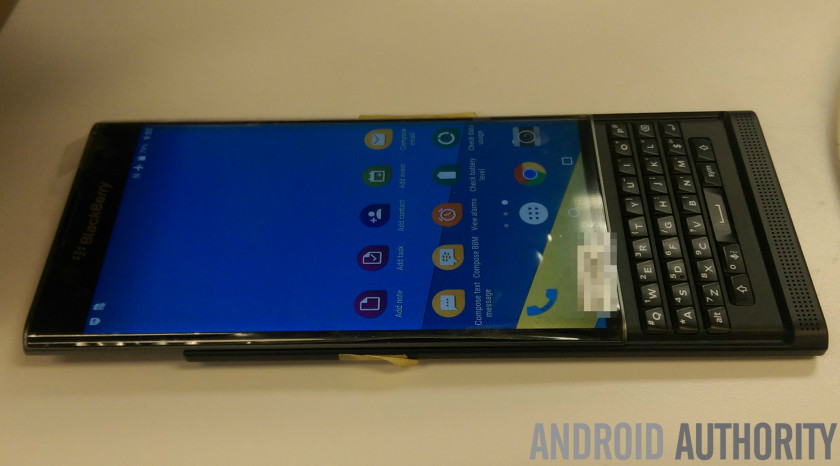 The BlackBerry “Venice” is no secret; we’ve been seeing leaks left and right for a few weeks now. Even just three days ago, we got yet another look at the phone thanks to someone’s crafty spy shot skills at the Toronto Film Festival. Now, thanks to sources for Android Authority, we have what is perhaps our most comprehensive look yet…

As you can plainly see in the gallery below, it seems BlackBerry has decided to go with a very near-stock flavor of Android for the Venice. Besides some third-party pre-loaded apps, a couple really interesting widgets, and a few tricks here and there, this looks to be pretty much vanilla Android — stock Material background and all.

Of note are the home screen shortcuts that BlackBerry has added; Instead of just Google Now, you can now choose between a couple of other options as well when you hold the home button. There are also new icons that BlackBerry is including to make it easy to compose a text or an email with one tap. A new multitasking pane rounds out the most obvious changes.

With the leaks continuing to stream in, it’s probably not going to be long before we see the announcement of what might be BlackBerry’s last ditch effort to catch at least a tiny part of the consumer smartphone market. With near-stock Android and unique offerings in security and a physical slide-out keyboard, this phone might just turn out to be a hit.