Nexus Studio Event: how Google’s 5X and 6P were created and more

[Ed. Note: This is a rewrite of the original post which was the result of a miscommunication between editor and writer on coverage of an excellent Reddit writeup of an event. Apologies for the mistake]

Last week, Google hosted a Nexus Studio event open to the public in New York City. For three days, many teams that helped build the latest generation of Nexus phones were on hand giving talks and answering questions about the Nexus 5X and 6P. These included representatives from the Nexus industrial design, hardware, and engineering teams, Nexus software product managers, and the Android UX design team, among many others.

One Reddit user wrote up a very detailed post about all the things he learned from the “super friendly and surprisingly open” Google employees on hand. Below is a summary of the interesting information gleamed from numerous talks…

Designing the 5X and 6P

The Nexus 5X/6P was designed and developed in a “grueling” seven month period, whereas most smartphones have two years. While in the past Nexus phones were vaguely built off existing hardware, Google still heavily experimented on the design and manufacturing process.

For instance, “a lot of work went into the curvature and radius of the edges of the 5X and the camera hump”.  Google was specifically looking for the right way light would bounce off the surface of the device, while maintaining a natural feeling surface curve. The team is also particularly fond of the 5X’s light blue model, even using a mood board to arrive at the right shade. The 5X could have received wireless charging, but the teams “consciously wanted to maintain a certain feature parity/consistency between the two models.” 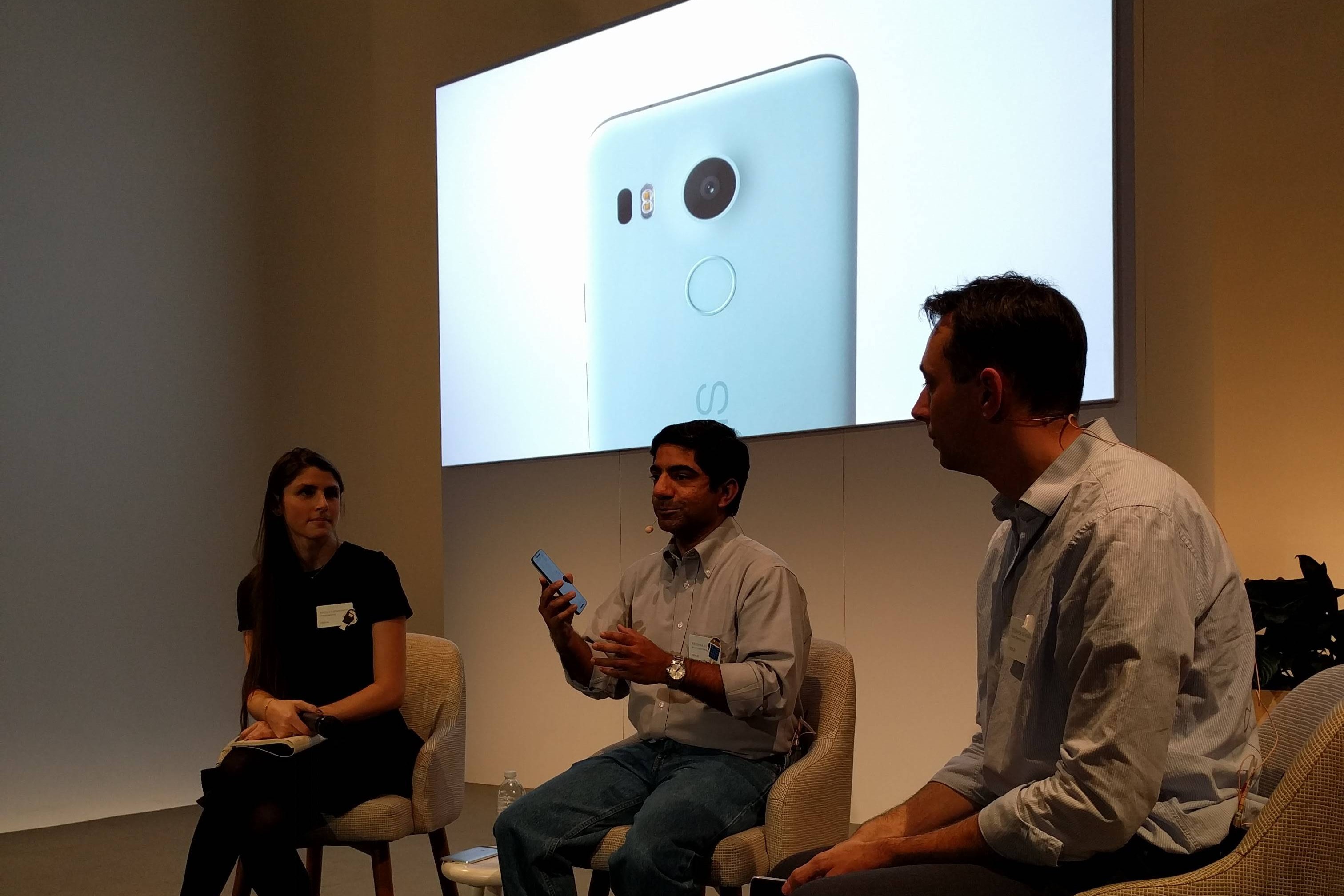 The 6P had “around 80 different manufacturing steps”. Metal consistency was a factor as well as making sure light played off the surface well. As expected, it was a challenge making an all metal phone: “all of the RF (wireless) “stuff” and sensors needs to fit within either the visor or the bottom plastic RF windows.” 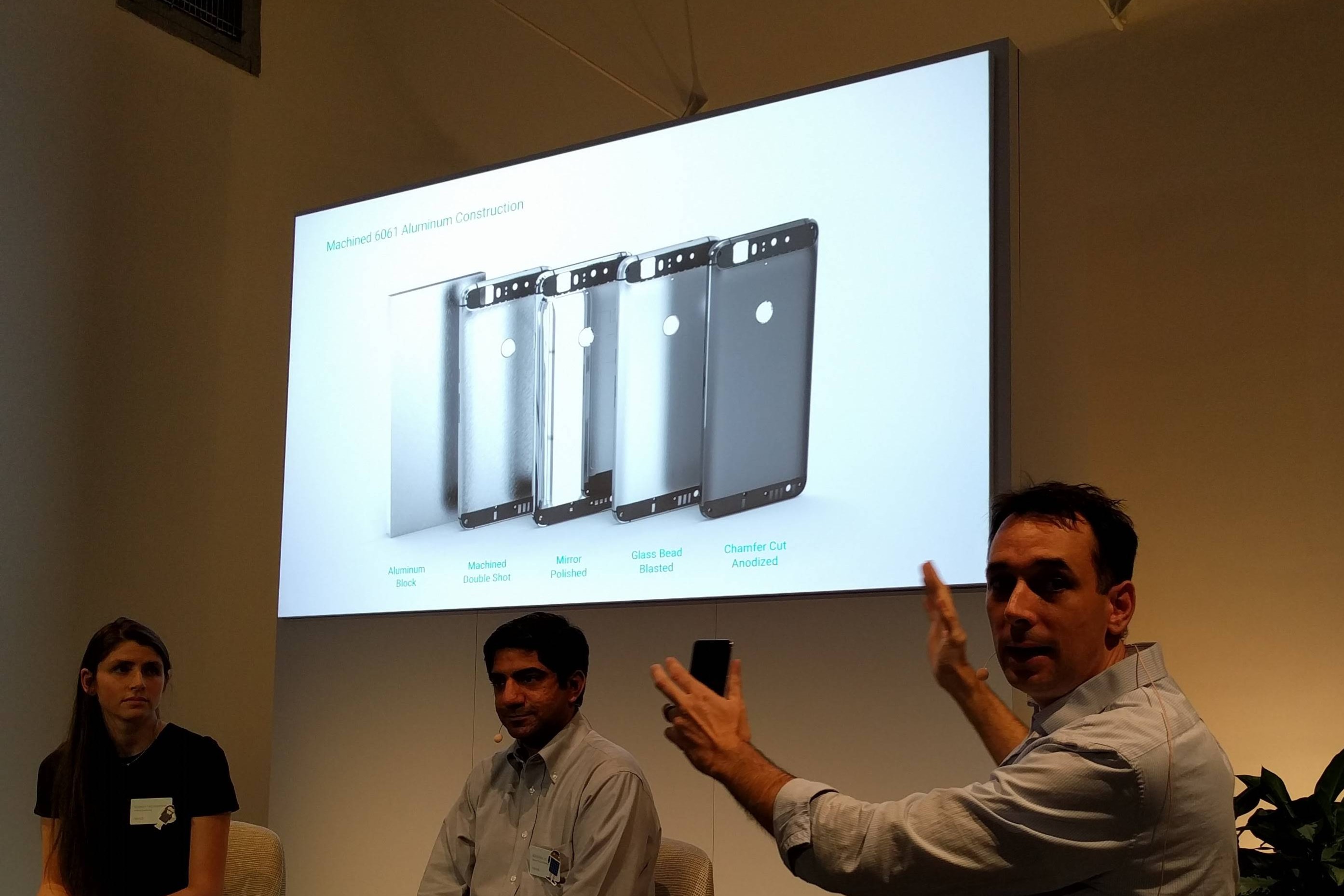 The Nexus design team considered and spent a lot of time deliberating three different fingerprint sensor locations: the front, on the side near the lock button, and the rear. “The backside approach allowed for a large surface area to capture a fingerprint, was where the index finger naturally fell, and also was suitable for both right and left-handed users.” 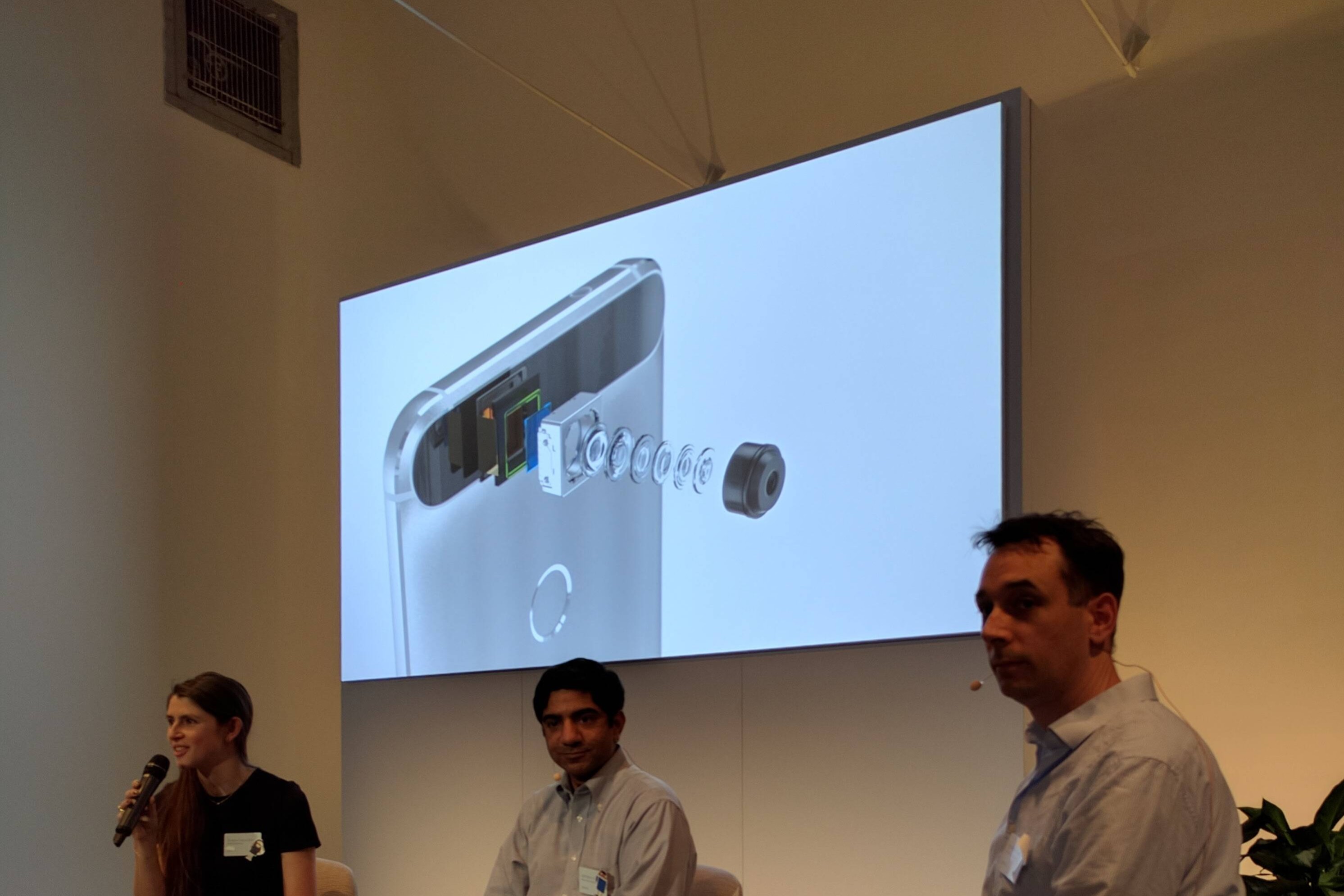 This generation of Nexus phones are highly praised for having great cameras. Google had to convince Sony to get them to provide this more premium digital camera sensor. “Sony was initially concerned that the sales volumes wouldn’t be sufficient on the Nexus phones to be worth the investment” as they “need to attach a team to support the integration of the camera sensor”. In the end, “Sony was really satisfied about the press and acclaim it received in connection with the new Nexus phones and their stellar camera.”

Google can not only make hardware, but they also have the designers and engineers who sweat the small details. Maybe they have the chops to make their own phones.