If a now-pulled Arstechnica report is to be believed, Google is set to release the first preview build of Android N to the public soon. This seemingly confirms a tip we received a few days ago suggesting that Google wouldn’t be announcing a major version of Android at I/O later this year. The new version is said to bring a native split screen mode, a completely redesigned notification panel, improvements to Android M’s “Doze” feature, among other features…

While Google has in years previous announced a preview version of Android at its I/O developer conference, this year the Mountain View company is going without according to a tip we received. Rather than at the event, preview builds of Android N are set to be released before the annual developer event kicks off (it looks like today might mark the first release). For I/O, the Android team is “working on something totally different this time,” the person says.

Reasons for Google’s pass on Android N at I/O are plenty say our tipster. The person cites the Android team as having “not the best culture in the company” as well as engineering shakeups. The person seemed to suggest that Google initially wanted to have a larger update in time for I/O, but is opting for the early release of a less fleshed-out Android N.

The new split screen mode apparently works on both phones and tablets, and you can see a button (that seems to be how you enable the feature) below. Developers interested in testing the feature before it goes live later this year will have to opt-in with a new manifest attribute by the name of “android:resizableActivity”, which will let them specify proper dimensions.  There’s also a new “picture in picture” mode, the report says, which sounds a lot like the iPad feature that lets you view content in a small box in the corner of your screen.

According to the report, the previous leaks showing the redesigned notification shade are spot-on accurate. The new shade has bundle-able notifications that span the full width of the screen, quick toggles at the top of the notification shade (including those for Wi-Fi, cellular, battery, Do Not Disturb, flashlight, and a dropdown button), and a new edit button that lets users make changes without having to use the System UI tuner from Android M. You can also now apparently reply to messages directly from the notification for some apps. 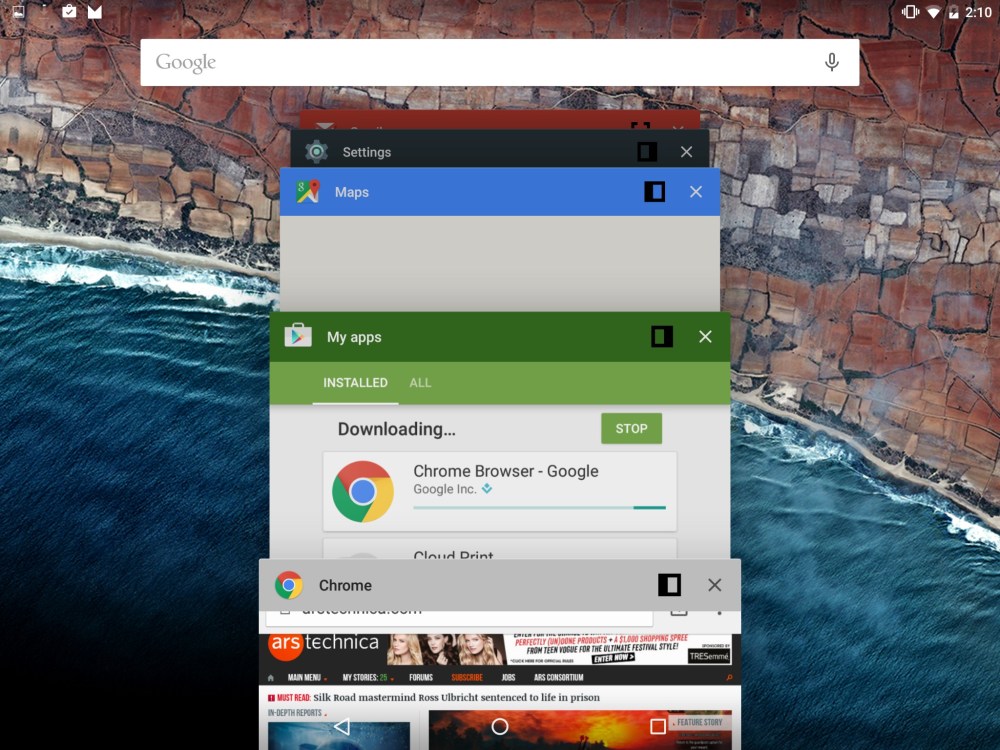 The Ars report also cites Doze mode improvements, with Google saying that the feature now “additionally saves battery whenever the screen turns off.” Details on these improvements are light at the moment, but we’ll be sure to give it a complete look as soon as we have our hands on the new preview. Google also told Arstechnica that much work has been done on “Project Svelte” since the release of Android M, meaning performance on lower-specced devices should be better than ever with this release.

Ars says that the Nexus 6P, Nexus 5X, Nexus 6, Pixel C, Nexus 9, Nexus Player, and the General Mobile 4G, will all be getting the update, and that Google is launching a new “Android Beta Program” at g.co/androidbeta. The full images will be available at developer.android.com/preview when they’re available, Ron says. As always, Google says that this preview is “for developers only and not intended for daily use or consumer use.”