Over a month ago, Google introduced the Android N Developer Preview for Nexus devices, the Pixel C, and one lonely Android One device. Now, Developer Preview 2 has just dropped, which squashes several bugs, and adds support for the Vulkan 3D rendering API, launcher shortcuts, and Emoji Unicode 9. Those who have already enrolled in the Android Beta Program will get an OTA update shortly, but if you’re impatient like us you can download new factory images right now.

One of the more obvious user facing features in DP2 is the ability for apps to add shortcuts to the launcher. Examples include: sending a message to your best friend, navigating home in a mapping app, or playing the next episode of a TV show in a media app.

Android N allows apps to define action-specific shortcuts which can be displayed in the launcher. Theselauncher shortcuts let your users quickly start common or recommended tasks within your app. Each shortcut contains an intent, which links the shortcut to a specific action in your app.

Vulkan’s reduction of CPU overhead allows some synthetic benchmarks to see as much as 10 times the draw-call throughput on a single core as compared to OpenGL ES. Combined with a threading-friendly API design which allows multiple cores to be used in parallel with high efficiency, this offers a significant boost in performance for draw-call heavy applications.

Not all devices will support Vulkan, with more details available in the developer documents. 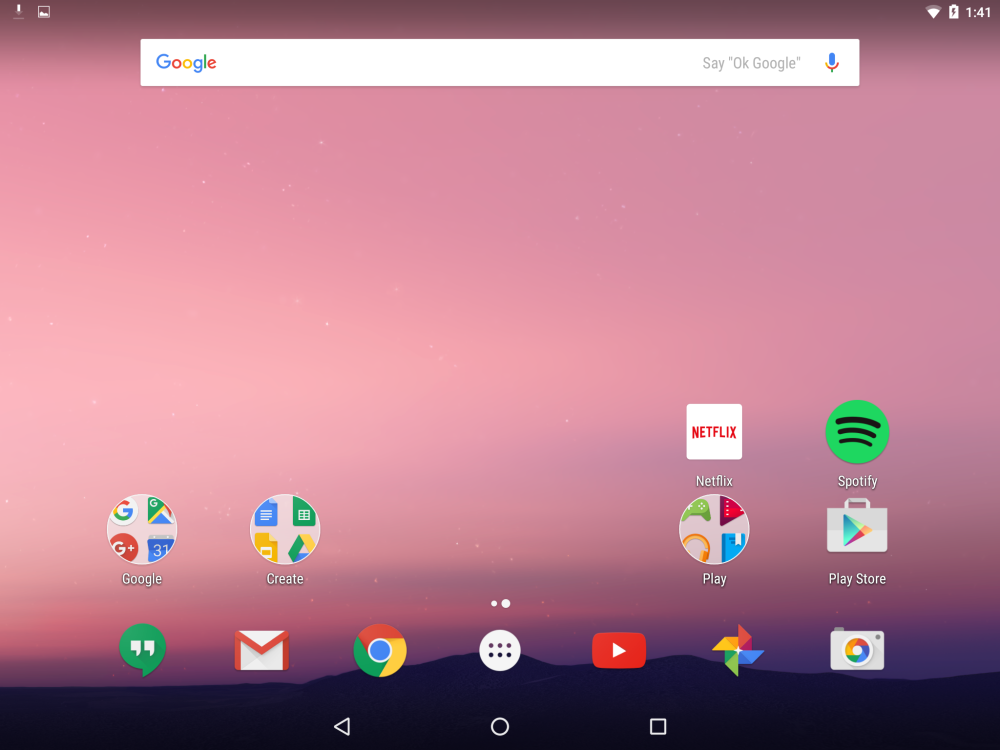 Home screen folders have received a slight redesign. While still circular, the folder icon on the home screen now shows the first four apps. The window effect into the folder is convenient, but the concept could use a rethink in our opinion as the corners of app icons get cut off. When there are only three apps in a folder, the third one gets centered. 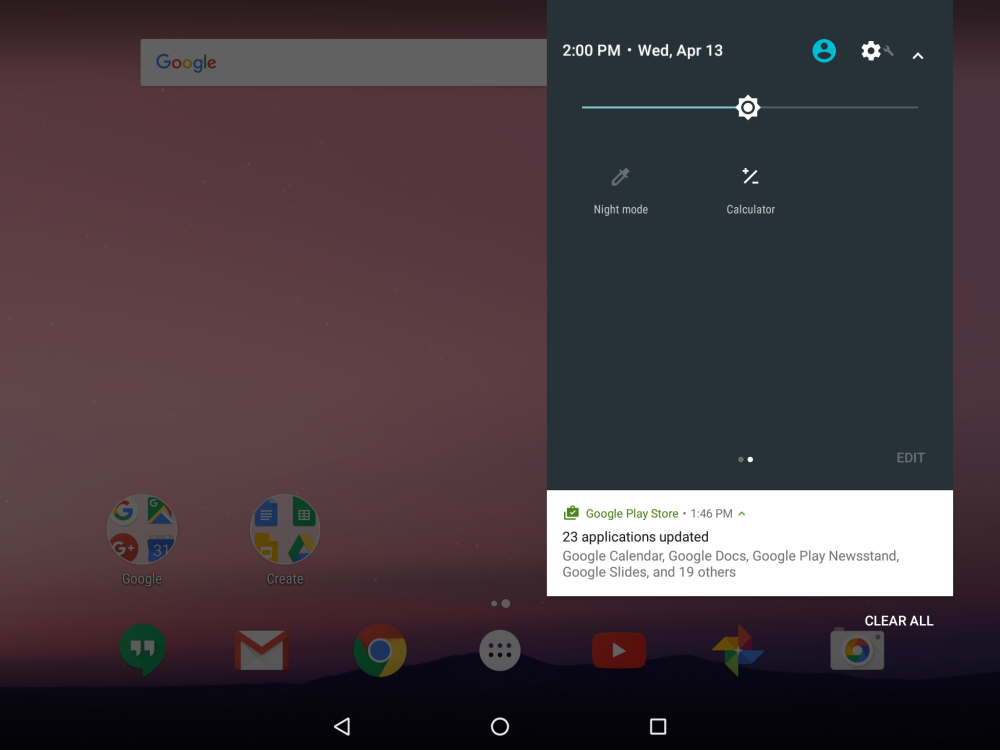 There is now a shortcut to the Calculator app in the notification shade.

Clear All in Multitasking 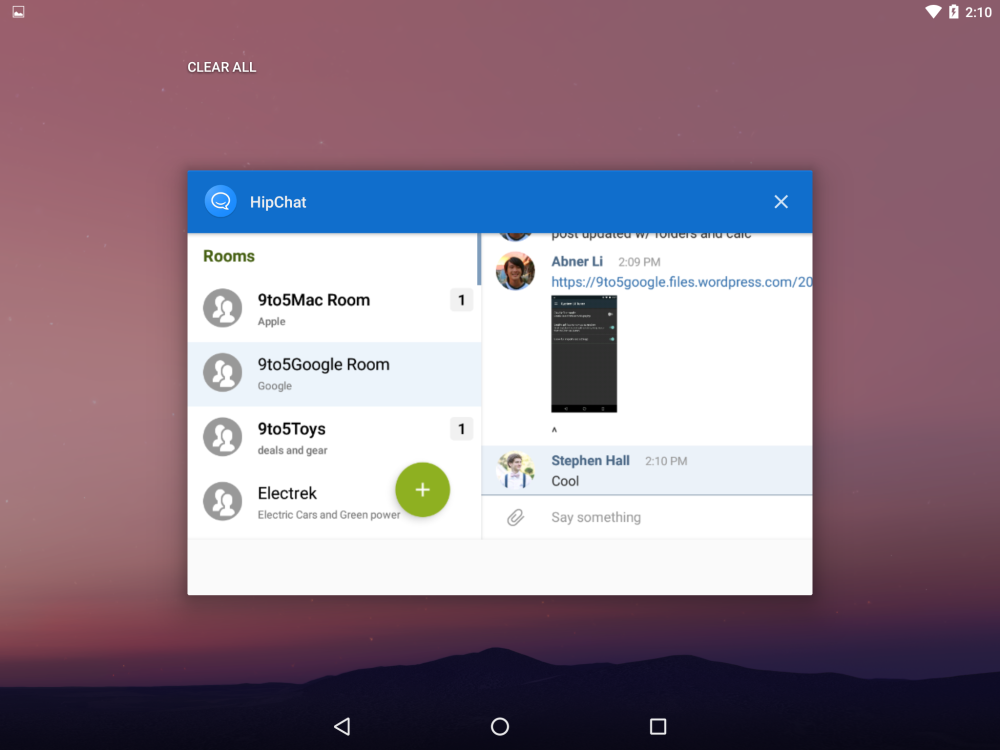 There is now a ‘Clear All’ button in multitasking. You have to swipe all the way to the top of the card stack in order to see it.

During the initial setup process, a new screen lists shortcuts to set up a mail account, ‘Ok Google’ hotword detection, and control lock screen notifications, etc. Tapping on them will open the corresponding setup screen in the Settings app. However, the screen is a little buggy as pressing ‘Additional apps’ does nothing. 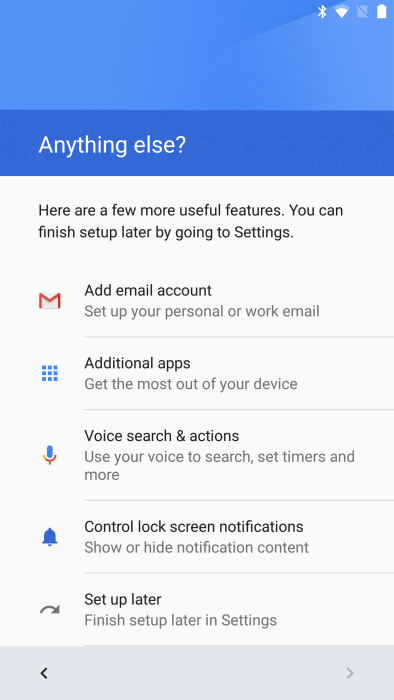 A new ‘Emergency Info’ feature introduced in the first preview allows you to add potentially life saving information — like blood type, allergies, and medications, etc. — right to your device’s lock screen. In DP2, the editing interface has been given a slight refresh and features a separate tab to add emergency contacts. Under app defaults, Emergency Information appears as its own separate app. It’s possible that third-party developers will be able to build a similar app and set it as the default.

The actual Emergency Info screen has received a much bolder Material revamp with a bright red header that prominently displays name, age, and phone number. Additionally, the preset emergency contacts are more easily accessible in their own separate tab. 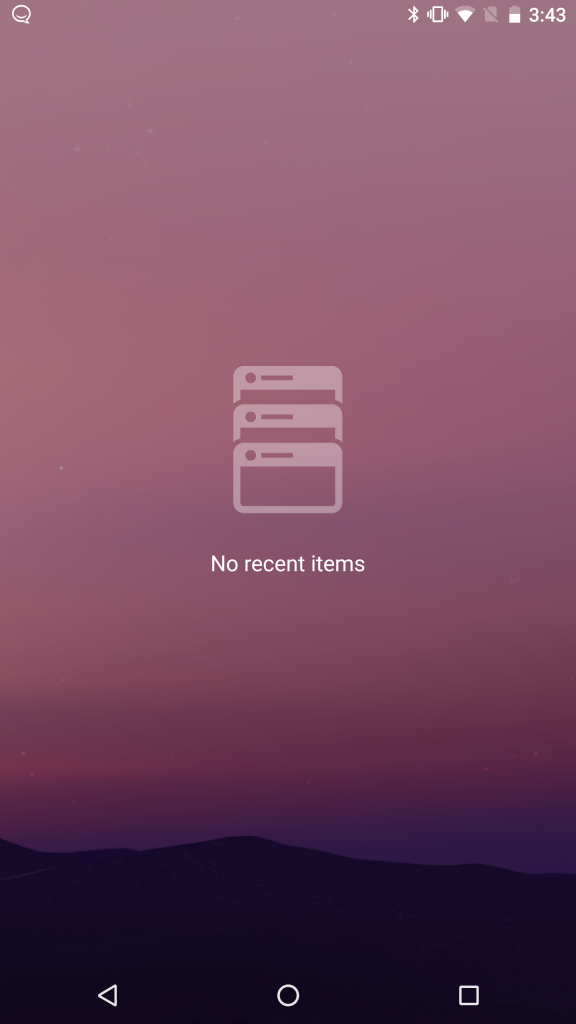 In DP2, users can now set different wallpapers on the homescreen and lockscreen. After setting a wallpaper, a prompt will ask users if they’d like to set it for a specific screen or both. This feature is not technically a part of Android N, but rather due to a new version of the Google app. It’s likely that the current app could be updated with this feature at any time. 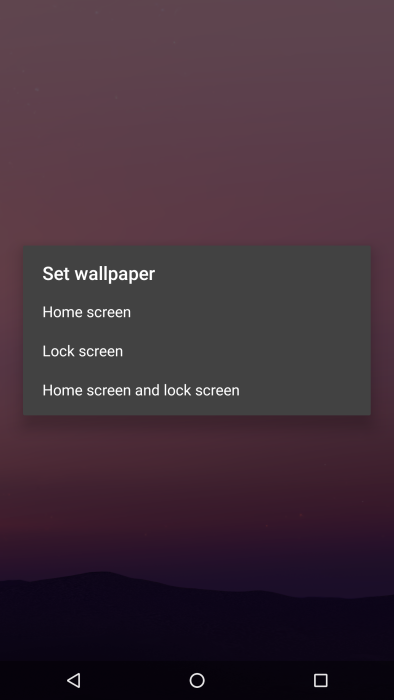 Another change coming to the Google Now Launcher is the ability to pinch on the homescreen to enter overview and change wallpapers, add widgets, and go to settings. As spotted by Android Police, the two finger gestures works as you’d expect and has the added benefit of not requiring a free space in order to tap and hold to access overview.

DP2 includes an updated camera app (via Reddit) that features a slightly refreshed interface and has some new functionality. The UI is mostly the same, but now has a rounded switch camera button and slow motion now shows up in the pullout menu. Users can now also take pictures while shooting video.

From adding female and male voices to text-to-speech and updating Now with a more natural voice, Google has made many strides in making our phones sound more human. In Android N, users will be able to control the pitch of the text-to-speech voice with a new slider in Settings. As seen in the video below (from Android Police), you can now make the voice sound very high or low. Additionally, a slider is now used to control the speech rate.

Dev Preview 2 addresses such bugs like not being able to connect to hidden WiFi networks, Multiwindow pauses, and Direct Reply closing an open activity, among others.