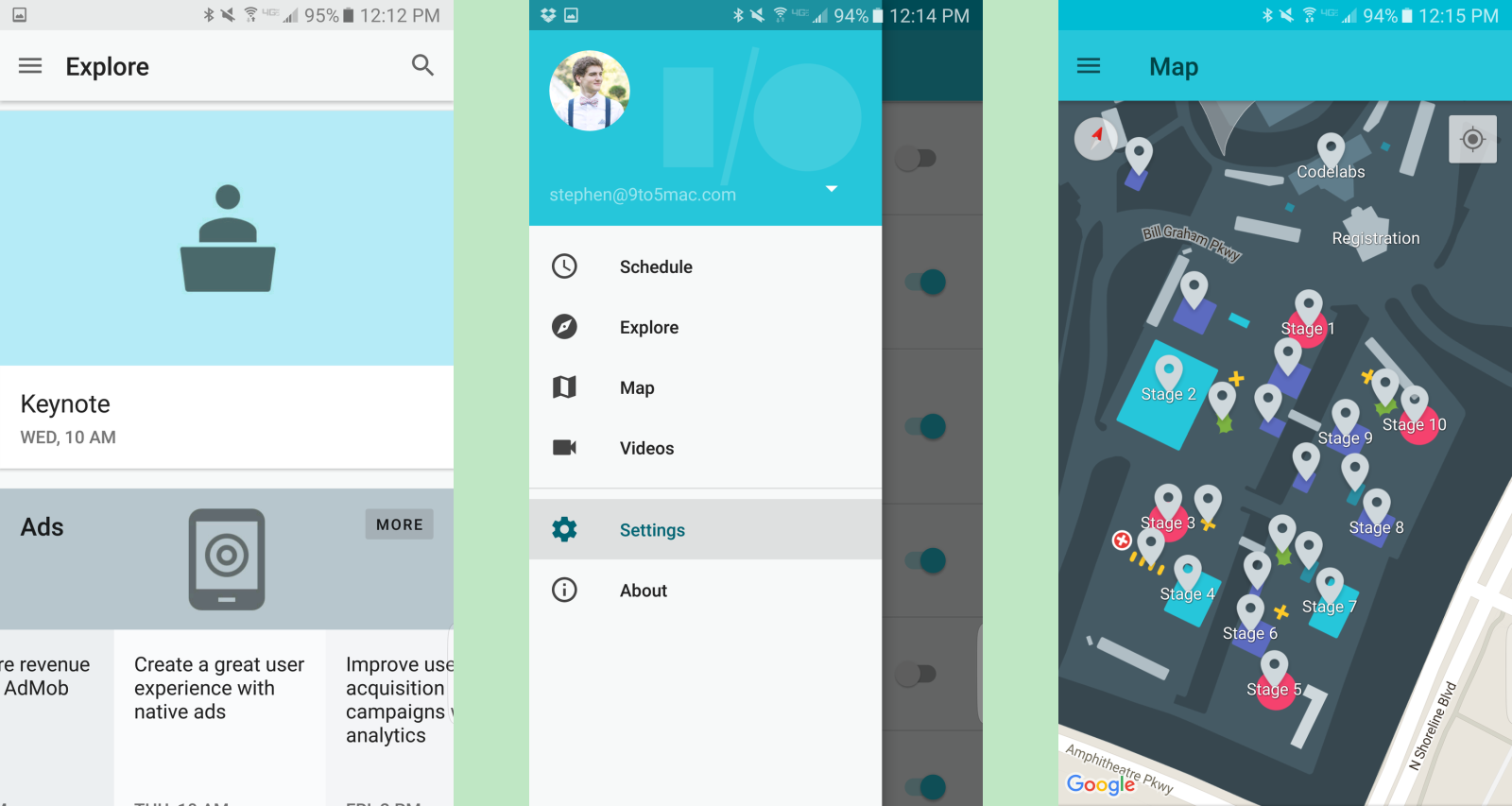 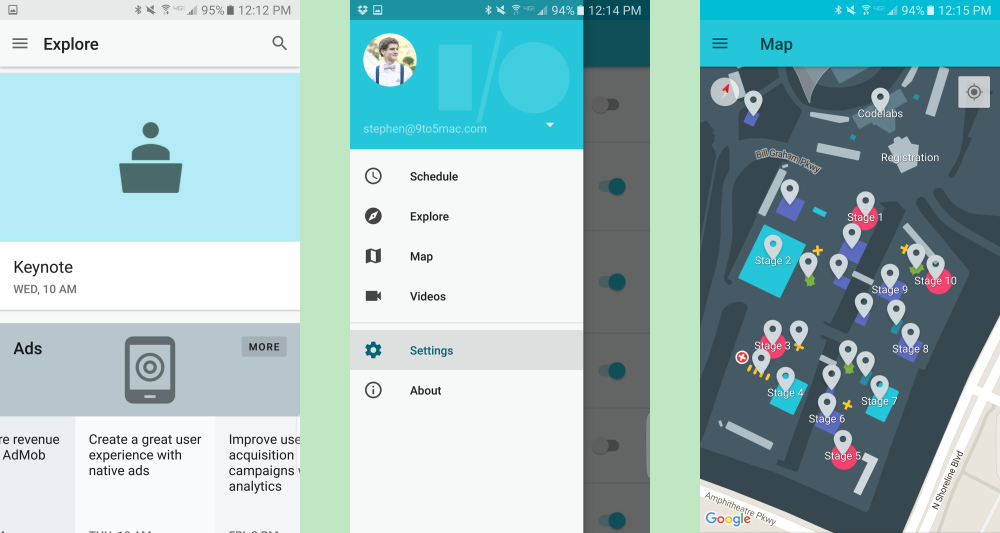 Google has just updated its Google I/O app in preparation for Google I/O 2016 (which is set to kick off in Mountain View in just a couple weeks!), and while it’s not a complete overhaul like the update we saw for 2015, it’s a nice to see the app updated for this year’s conference…

The new app will look familiar if you downloaded last year’s app. If you open up the hamburger menu on the left side, you have the option to view the full I/O schedule, explore sessions, view a map of the venue (which is notably at Shoreline this year — not Moscone!), and watch videos. Of course, there aren’t any videos available yet for I/O 2016 and you’ll instead find an archive of old content for now.

Other than the release of the app today, it looks like Google has slowly been adding more details about I/O 2016 to the conference’s website. There are now more mobile web-related sessions under the Android section, and the various stages at the event are now named after constellations. Interestingly, the app currently puts the VR track at the bottom of the “Explore” list of various sessions. A bit odd, considering that’s expected to be an important topic this year.

Interestingly, the app seems to sport some new animations that we haven’t seen elsewhere. If you try to use the account switcher you’ll see a new animated pop up. It’s kinda-sorta similar to the animated pop up that we noticed in the Google Trips app.

Maybe this session now listed on Google’s site explains some of these new design changes:

The material design team has revamped the Motion guidelines to include detailed guidance on all things motion, from basic duration and easing curves suggestions to natural surface transformations and intricate choreography of moving elements.

The app update is rolling out now on the Play Store, and stay tuned to 9to5Google as always — we’ll be on the ground at the event to keep you updated on all the latest news!

Updating with gallery and more details…