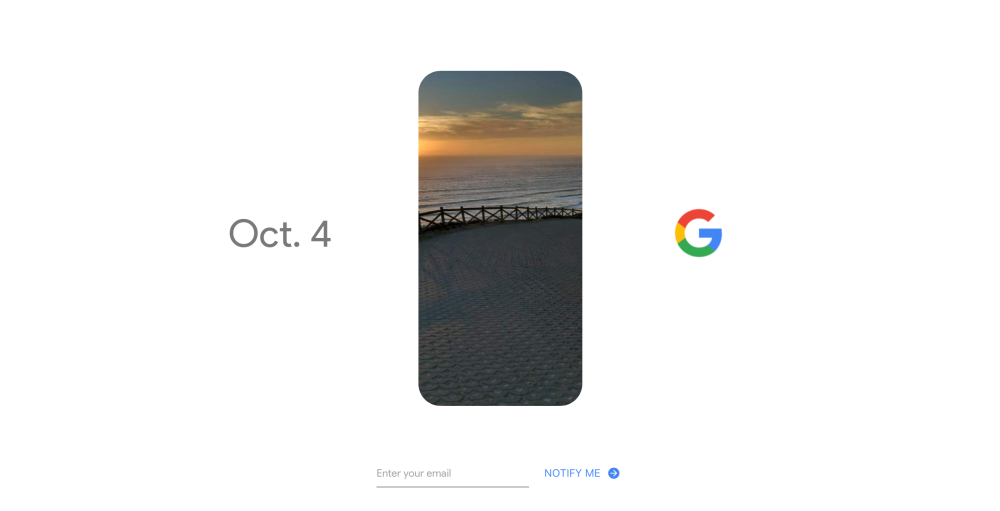 Google’s Pixel and Pixel XL have been making the rumor rounds over recent weeks, but the company is expected to make the devices official soon. Now, Google has shared a teaser video and launched a teaser website for the announcement of the two devices…

The teaser video for the announcement is simply titled “Google: Oct. 4” and features the iconic Google Search box slowly morphing into an outline the size of a smartphone. The description for the video reads, “Something new to love on Oct. 4.”

A new teaser website, at google.com/tenfour, also teases the upcoming devices. The website features the outline of a smartphone filled in with various images. It could potentially be that the images in the carousel are the first taken with the Pixel and/or Pixel XL.

It has long been rumored that Google will unveil the Pixel and Pixel XL on October 4th, alongside Google Home and a Daydream VR viewer. The Pixel and Pixel XL were leaked in real-life pictures earlier today, showing off the 5-inch and 5.5-inch displays and each device’s front facing camera, earpiece, and ambient light sensor. On the back of both devices was a rear-mounted fingerprint sensor and glass panel, as well as the camera and camera flash. Pricing on the Pixel is expected to start at $650.

You can view the teaser video for Google’s October 4th announcement below and sign up to be the first to know more about the devices on the TenFour teaser website.

Two hidden images from the Google Pixel TenFour site, both 12MP like the Pixel phone. Who are these people and why do they have lightsabers? pic.twitter.com/PoldwaR38J