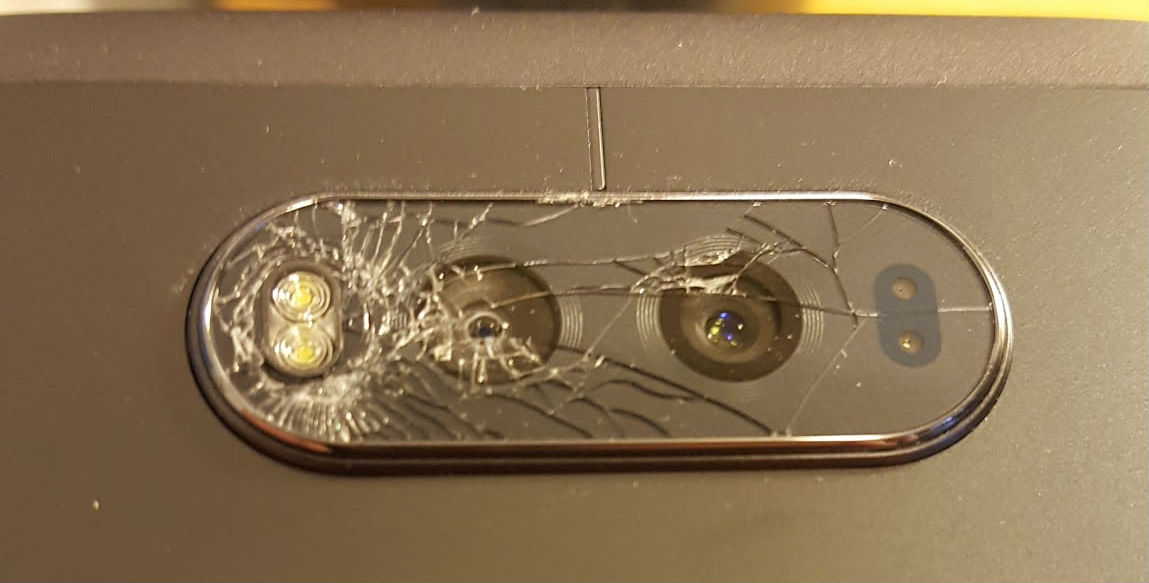 We’ve been using the LG V20 for the past couple of days while working on our review — coming this week. Unfortunately, it seems like some early V20 buyers are having some minor issues. One issue stands out, the camera glass seems to be a bit fragile…

In his torture testing of the phone, JerryRigEverything removed the protective film on the back of the V20 to test the glass’ scratch resistance. LG doesn’t use sapphire glass on the V20, so the glass did scratch, but not too easily. However, once a scratch did occur, the glass spontaneously shattered just moments later. This could certainly be a cause for concern for V20 buyers.

Based on what we’re seeing so far, there’s no reason to not buy the V20 just based on some fragile glass, but we do recommend leaving the protective film on. The V20 ships with the film installed on the back of the camera and while it is noticeable, it doesn’t affect pictures at all. It’s difficult to remove anyway, so it’s best to just leave it on. It also couldn’t hurt to pick up a case over on Amazon.