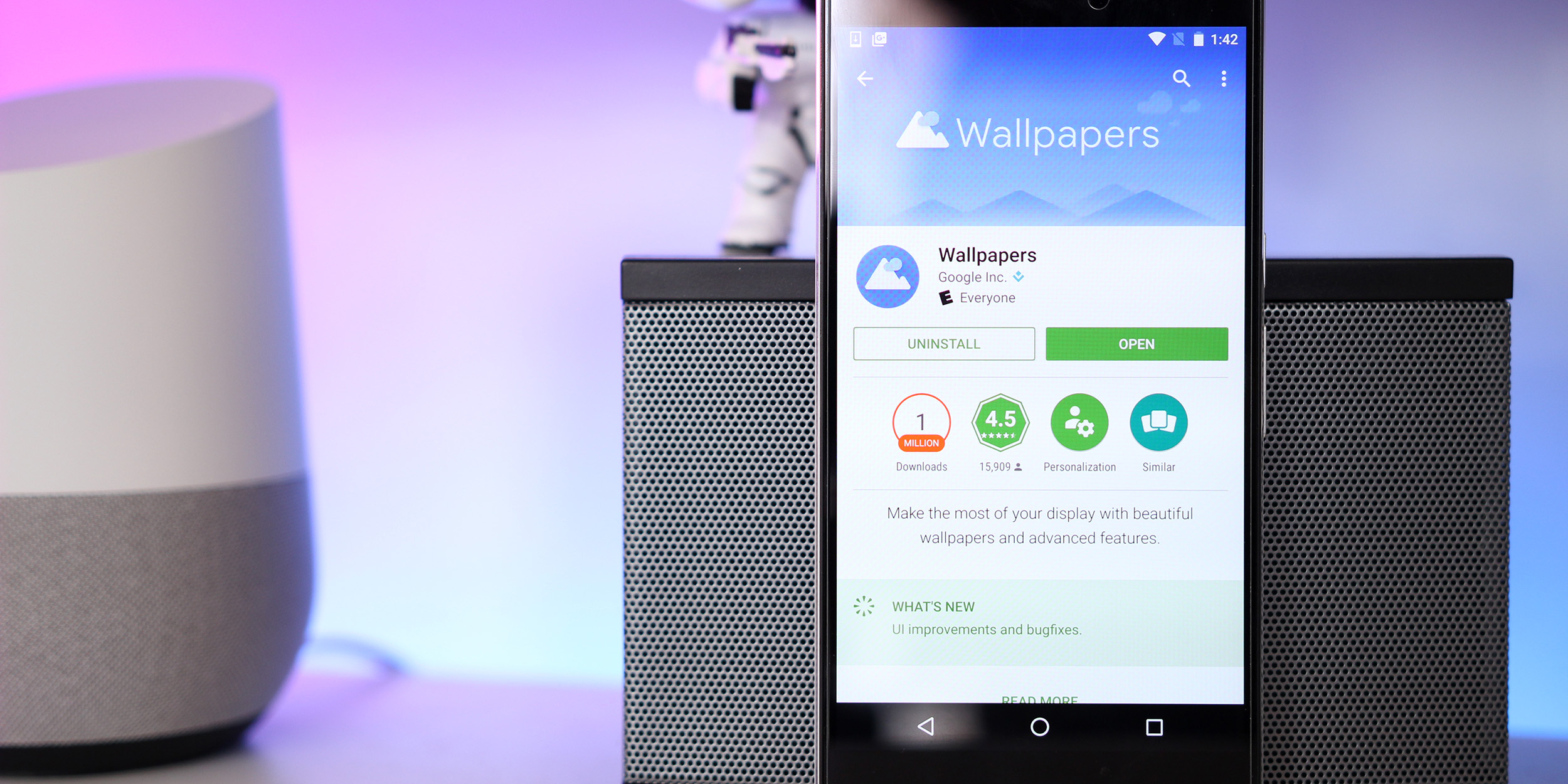 There are nearly 1.5 million applications currently on Google Play and with so many to choose from, finding interesting new experiences can be a hassle. As we have the last several months now, today we’ll be showing you another 5 Android apps that you should definitely give a shot…

One of the easiest ways to customize your smartphone is to change your wallpaper. Not only can it add a little flair to your homescreen, but it lets you express your personality. Every Android smartphone has a built-in wallpaper picker, but now Google has released its own option for any Android device.

The app offers a collection of images — there are dozens of great wallpapers which include Google Earth views, landscapes, cityscapes, and more. If you have a device on Android Nougat, you can also set your homescreen and lockscreen wallpapers independently. The best feature, at least in my opinion, is the ability to have the app change your wallpaper on a daily basis. 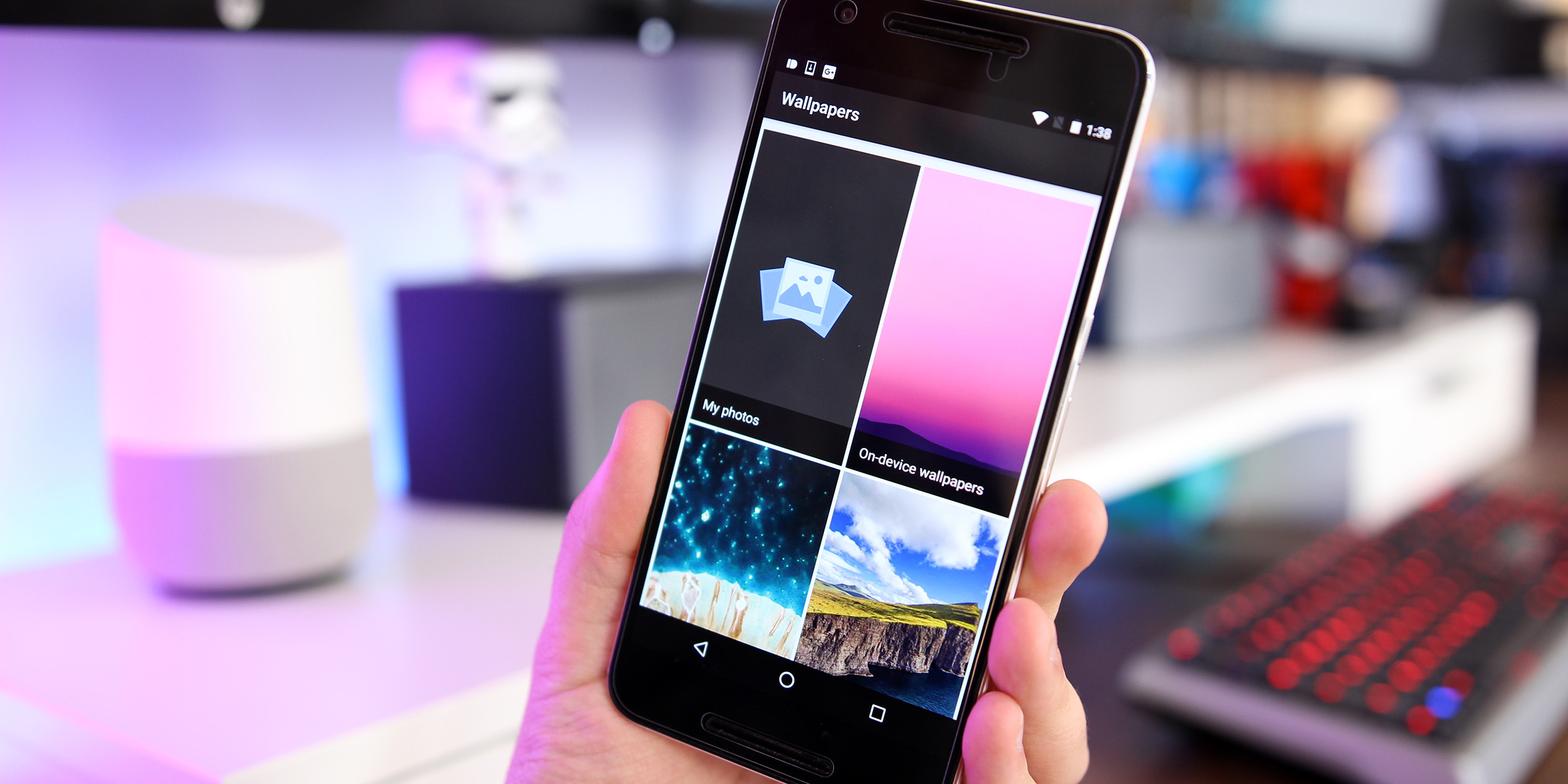 Google Wallpapers is, of course, free to download on Google Play. The app works on any Android device running version 4.1 and up.

Make the most of your display with beautiful wallpapers and advanced features. Choose one of your own photos, an image from the Google Earth collection, a scenic landscape from Google+, and more. Change it as often as you like, so your phone always represents your style.

Keeping with the Google train this month, let’s talk about Android Auto. Back at Google I/O the company revealed that Android Auto would be expanding from your car’s dashboard to your phone’s screen, making the platform much more accessible to potential users. Now that’s finally happened, and it’s pretty sweet. 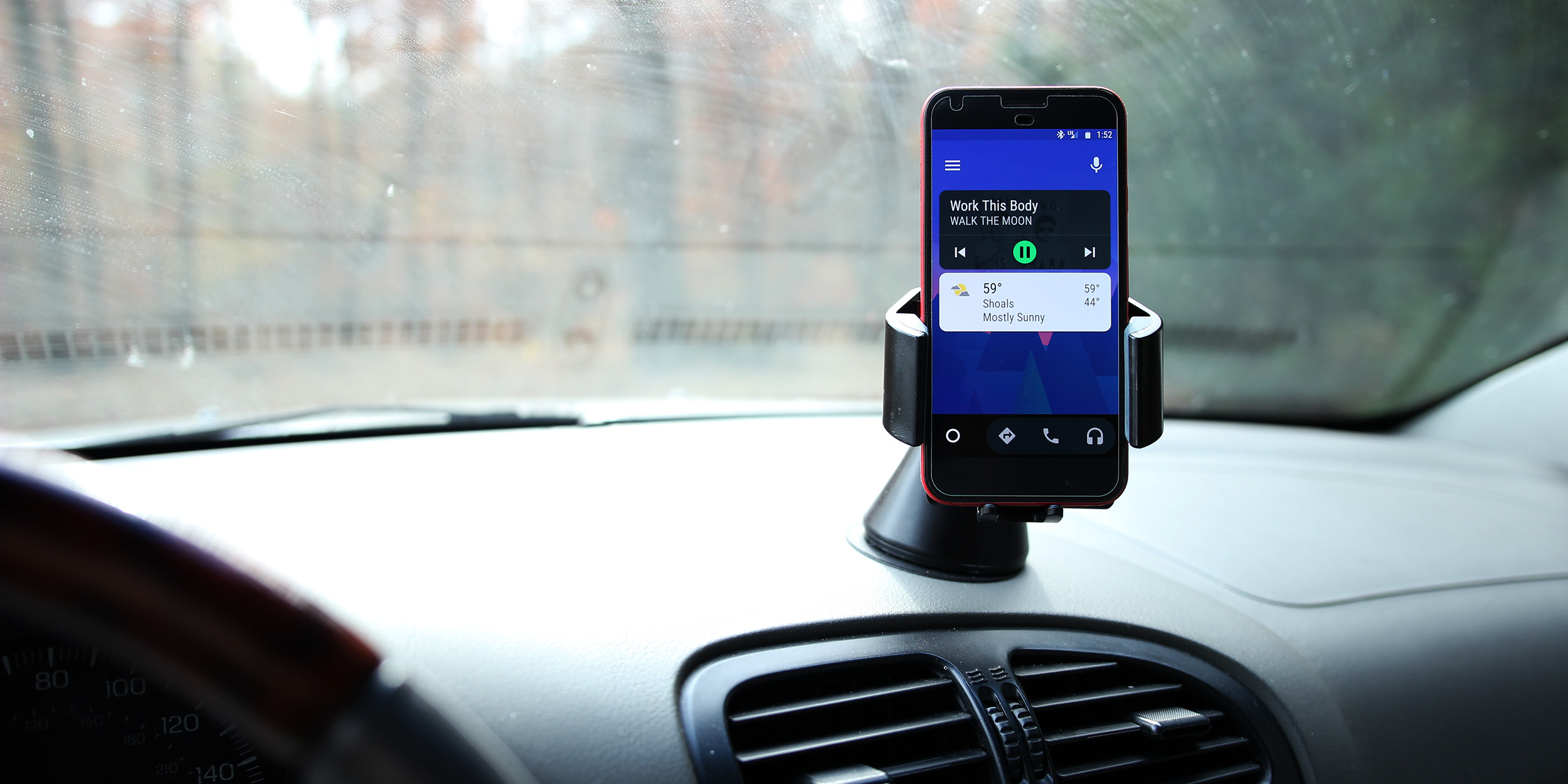 Android Auto on your phone pulls the same interface seen on cars and condenses it down a bit to fit on your smartphone. Just like the dashboard version, you can interact with apps like Spotify, Google Maps, and your phone dialer all without taking your eyes off the road for too long. Paired with a solid dashboard dock, Android Auto is great in the car.

Android Auto now works with any car! You can connect your phone to a compatible car display, or put your phone in a dock and use Android Auto directly from your phone screen. With a simplified interface, large buttons, and powerful voice actions, Android Auto is designed to make it easier to use apps from your phone while you’re on the road. Navigate with Google Maps, listen to playlists or podcasts from your favorite apps, send messages via voice, and more.

Messaging is one of the biggest smartphone use cases, but sometimes a message can pull you away from what you’re doing. Some apps like Facebook Messenger have implemented “chat heads” for keeping messages in reach at all times, but now Flychat enables that same functionality for some of your favorite messaging services.

Currently, Flychat is compatible with Google Messenger, Google Hangouts, Twitter Direct Messages, and Slack. There are a few limitations, most notably that you can’t see chat history that was sent outside of Flychat. However, this is one messaging app that can really come in handy, and best of all, it’s free. 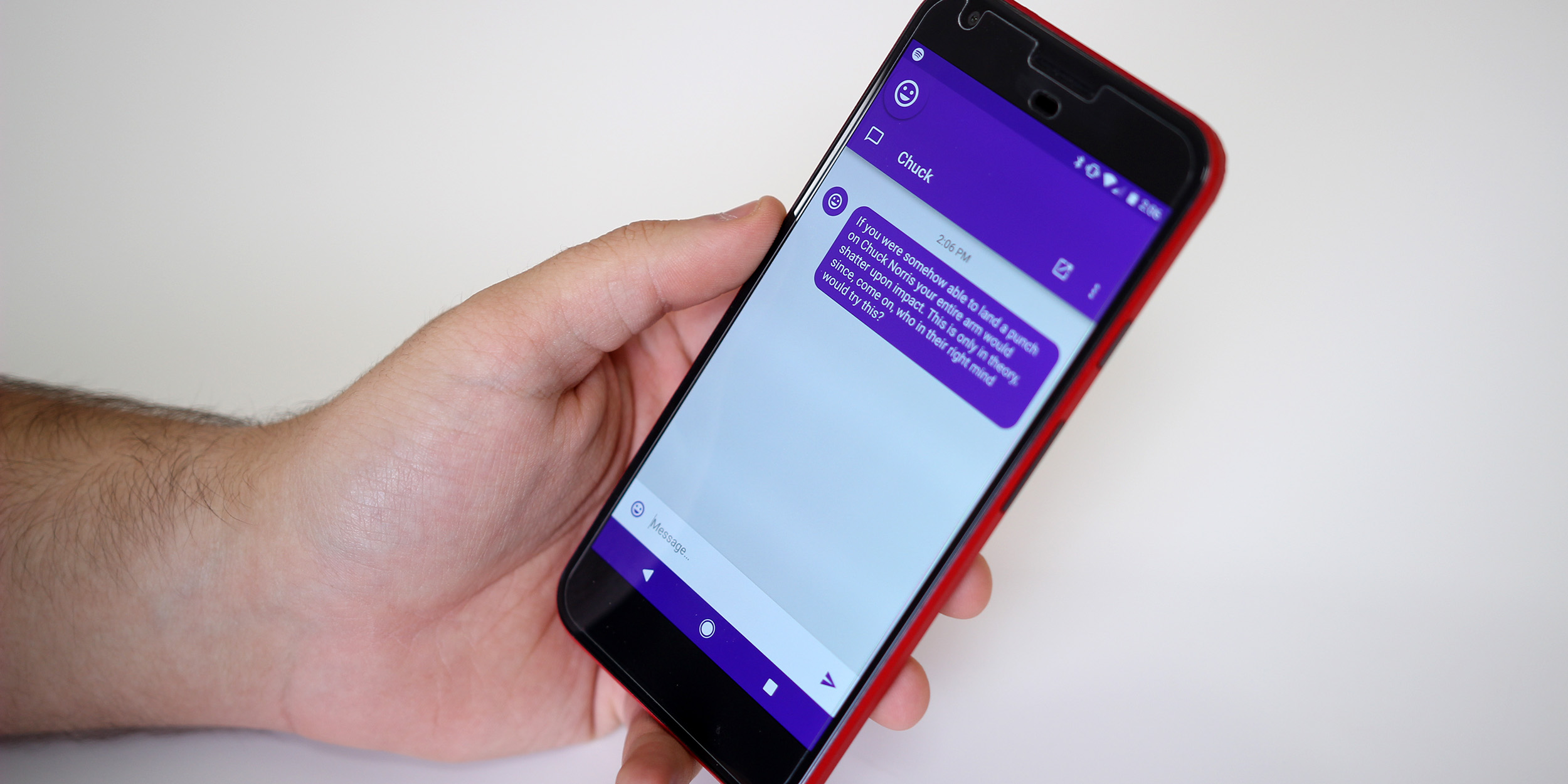 Flychat offers a revolutionary way to read messages of your favourite messengers. It overlays every other app and you can reply from anywhere you want. Sometimes you did not want to quit your current app but also need to read some important messages or reply to them. Thats the point where Flychat will help you. By receiving a message Flychat will notify you with a small bubble. By clicking this a full chat windowwill appear.

Last month we showed you an app called “Fingerprint Quick Actions” which brought fingerprint gestures from the Pixel to last year’s Nexus smartphones. Now a developer has released “Fingerprint Gestures,” which brings the same functionality and is available via Google Play. 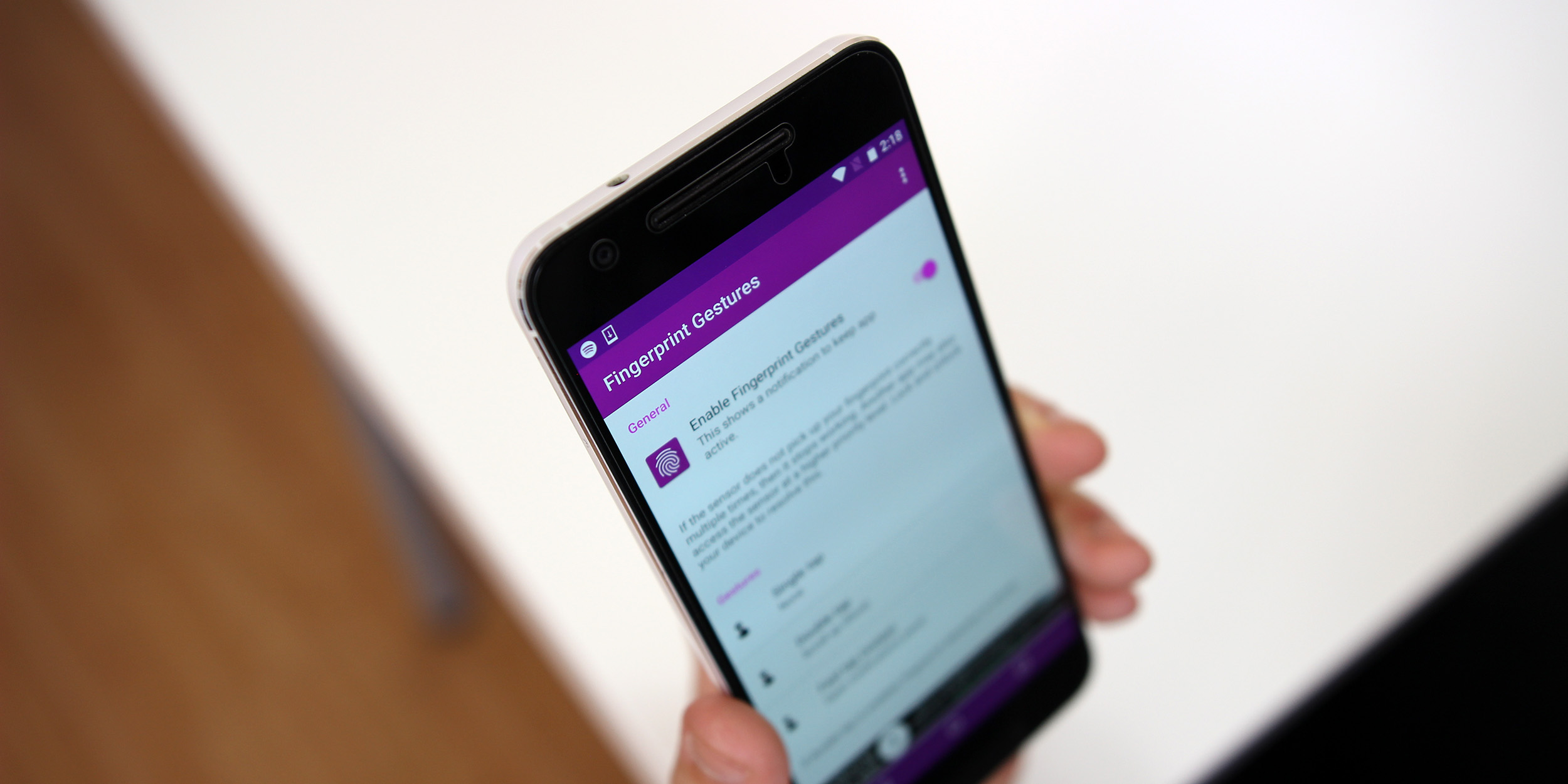 The app is pretty self-explanatory. Enable the functionality and you’ll have three different actions to choose from, a single tap, double tap, or “fast tap” (swipe). All three actions are customizable with several different options including triggers your navigation keys, power button menu, toggling your notification panel, media controls, launching apps, toggling the flashlight, or even activating split-screen multi-tasking. If you’re rooted, you can also use this to scroll up and down. Fingerprint Gestures is also free to download.

Last but not least, there’s Tiles. This app takes advantage of Nougat’s Quick Settings Tile API to add extra functionality to your quick settings menu. Unlike other apps which are using these tiles, this app allows the user to add just about anything to their quick settings menu including everything from weather information to triggering a web search and much more. 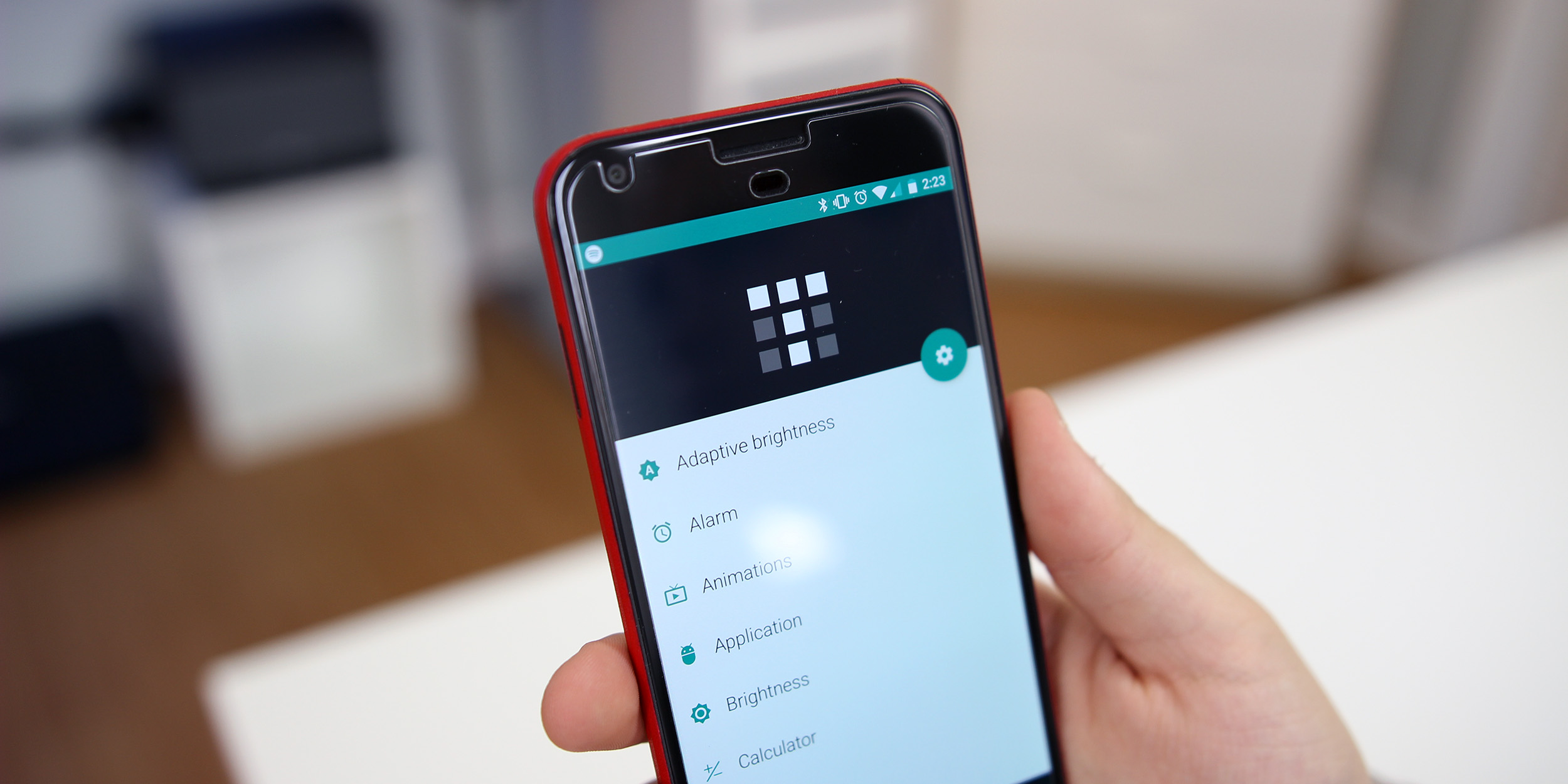 Needless to say, Tiles is a very useful app. As we’ve seen with Nougat devices, Quick Settings aren’t affected, so this should work for anyone on Nougat across the entire Android ecosystem. Tiles is $1.99 on Google Play.

Tiles makes use of the new Quick Settings Tile API to provide new tiles that can be added to Quick Settings to change system settings and take quick actions without leaving the context of the current app.