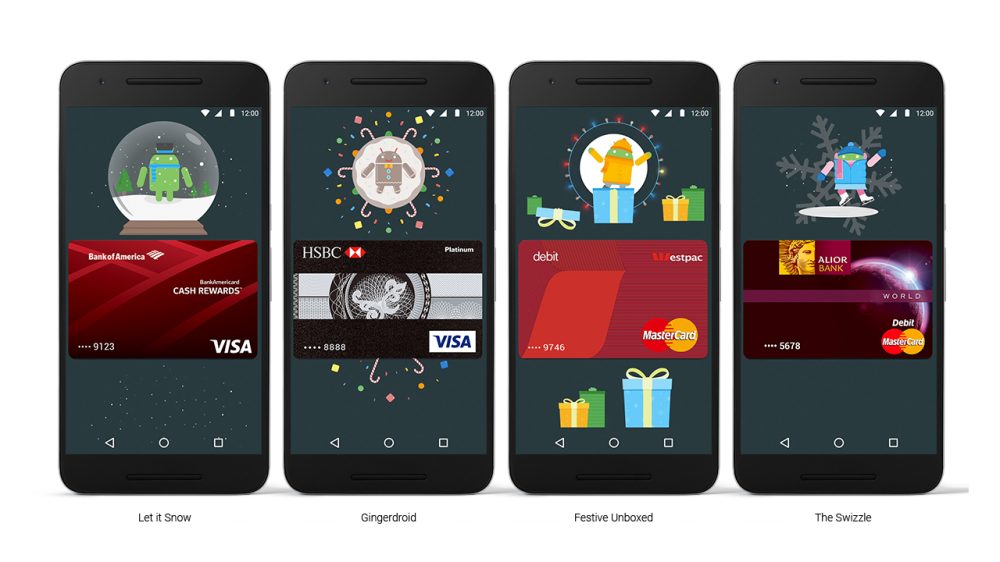 Since getting a good camera, which almost entirely put my enthusiasm for DSLR photography to sleep, the single biggest tangible enhancement my smartphone has got is Android Pay. It’s the one thing I truly use every single day, and one that has simplified my life immensely on so many occasions.

And now, it seems, Google is adding some extra sugar on top…

The search giant is in fact planning to treat all the users of the service across London and the rest of the country to a series of small and big rewards, which can easily be unlocked every time a transaction is made.

Up until the very last day of the year, any time Android Pay is used, a typical Christmas cracker will appear on screen. By tapping — and breaking — it, you’ll be revealed the surprise inside. There are almost 80,000 different prizes to be won, with four main partners joining the “tap. pay. celebrate.” initiative.

In addition to that, even if you, like me, were unlucky, the first five purchases you’ll make in December with Android Pay will still earn you a coin, and five of them will buy you a free cup of coffee over at Costa, so long as its value is not over £3.

Considering just how vast the contactless infrastructure is in the United Kingdom (because of course the shops mentioned above are not the only ones you can use Android Pay in) it would make sense for Google to push such an initiative forward — and hopefully we’ll see more in the future.