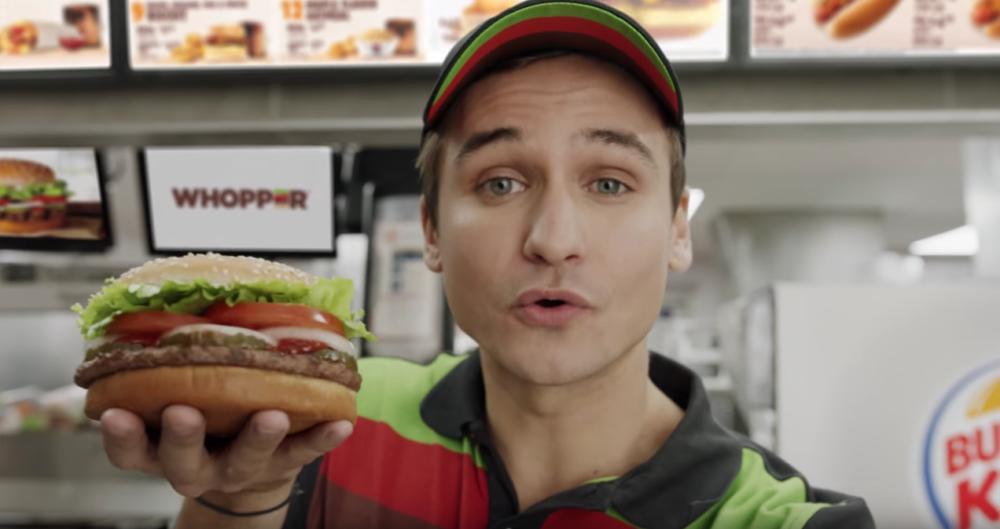 Update: Google has seemingly blacklisted the exact sound bite from the ad. Home no longer responds to the question, unless you ask it yourself using your own voice.

Most of us are already annoyed enough with this one aspect of Google Home: It’s not smart enough to know that you’re — or at least someone authorized — the one trying to talk to it. That means it sometimes wakes you up demon-possessed in the middle of the night, and it means it sometimes mistakingly hears other background noise — like your TV, for instance — as trying to wake it up with the “OK Google” command. Starting today, this annoyance is going to get a lot worse.

Burger King will begin airing an annoying new ad during primetime television later today that is made to intentionally — yes, I said intentionally — trigger your Google Home or other Assistant-powered device into telling you about a burger…

First of all, this is just plain annoying. If you’re watching any one of a variety of networks tonight on live TV, chances are this ad will come on. And when it does, your Google Home is going to read aloud the Wikipedia page for the Whopper. That’s another weird thing about this: Wikipedia can be edited by mostly anyone. That was proven, as The Verge notes, by Burger King’s own editing of the page to make the first sentence read like an ad.

As of the time of this writing, my Google Home was still reading the rewritten Burger King ad to me when prompted with the oh-so-awkward “What is the Whopper burger?” question:

The Whopper is a burger, consisting of a flame-grilled patty made with 100 percent beef with no preservatives or fillers, topped with sliced tomatoes, onions, lettuce, pickles, ketchup, and mayonnaise, served on a sesame-seed bun.

Thankfully, Google Home will probably have some form of voice recognition soon. If the Home is going to support multiple user accounts, then being able to distinguish between users would be very handy. In the meantime, though, this sneaky trick might just make its way into homes. Perhaps Google will hit the kill switch before this evening. At the very least, it looks like the Wikipedia page has been reverted back to its original — and proper — state.

I haven’t had a Whopper in years, and this new ad isn’t going to do much to change that.