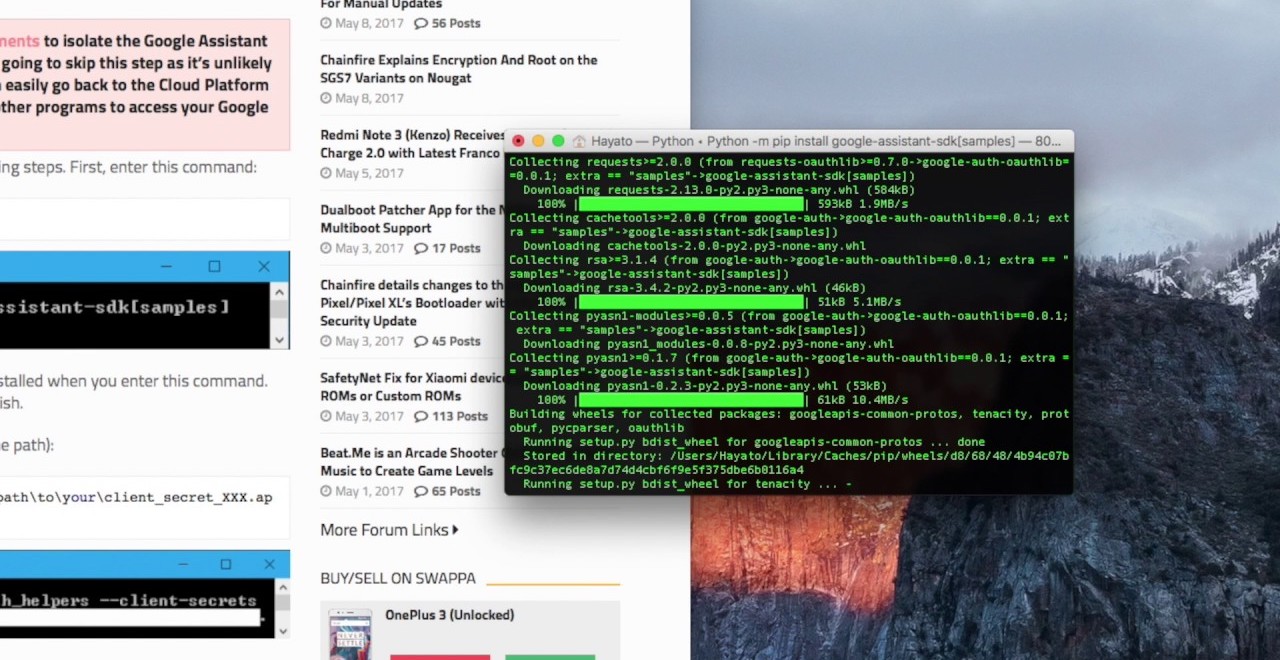 Google Assistant is a powerful voice assistant platform that I personally use every day on my phone and my Google Home. Among other things, I use Assistant to turn on my music, change the brightness or colors of my LIFX connected lightbulbs, add items to a grocery list, ask random trivia questions, and more, all using just my voice.

It’s been rolling out to Android Nougat devices over the past few months, and to put it into even more users’ hands Google has recently released the Google Assistant SDK. Thanks to this extensive post by Mishaal Rahman on XDA Developers, many enthusiasts, including myself, have gotten it up and running on Mac, Windows, and Linux computers.

The XDA post goes into great detail on how to configure the API and install Google Assistant from within your computer’s command line, but for more visual learners, this step-by-step instructional video (below) should hopefully make things a little easier, especially since you’ll be working entirely from within the command line throughout this process.

All of the commands used in the video are listed in order below.

On a Mac, you want to Install Xcode:

This entire process is probably a little too daunting for most people to try, but if you’re a hardcore Google user that’s just been curious about using Google Assistant from as many places as possible, there are certainly worse ways you could spend your day.