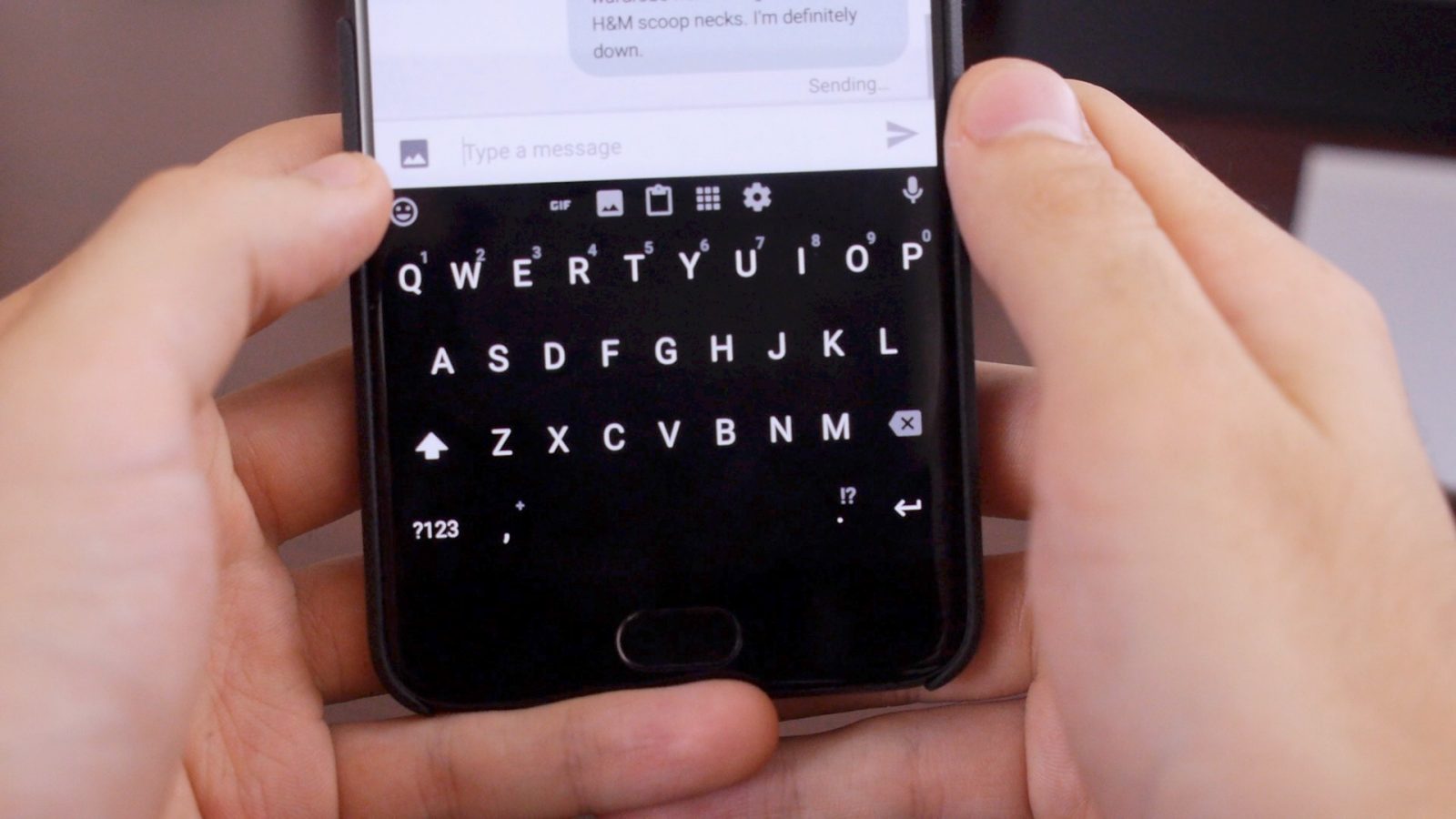 The default keyboards on Android phones aren’t always the best. Some have overly aggressive autocorrect, while others have even started showing users ads. Luckily using a different keyboard is as simple as downloading it from the Google Play Store — you just have to figure out which keyboard is best for you.

Fleksy is a great minimalist keyboard with fantastic autocorrect and a lot of custom settings. You can add extensions to bring new features to Fleksy like a number row above the keyboard or quick shortcuts to some of your frequently used apps.

Unfortunately, Fleksy doesn’t have gesture typing capabilities, but it does have other gestures for quick actions like deleting typos or quickly adding new words to your personal dictionary.

Chrooma is a highly customizable keyboard. Everything from the color and layout of the keyboard to the different symbols on the secondary page can be tweaked to your exact preference, and there’s a handy gestures tutorial in the settings to keep track of all the different quick actions Chrooma is capable of.

A lot of Chrooma’s features are only available on the paid version, including syncing your settings to your Google account for quick setup on new devices, and there’s no shortage of ads in every settings panel, but luckily you won’t need to open the app very often after initial setup.

TalkType is perfect for users who prefer voice dictation over touchscreen typing. It opens the microphone by default, and there are punctuation marks underneath the mic icon as an alternative to saying “period” or “question mark” at the end of each sentence.

When you want to switch back to touch typing, TalkType also has a great keyboard, complete with gesture typing and large keys to make typing easier.

SwiftKey is arguably the most popular third-party keyboard. It’s flexible, lightweight, and fast, with plenty of downloadable themes and custom settings. You can enable keyboard gestures for either quicker typing or actions like backspace and text selection (though unfortunately, you can’t use both simultaneously), and keep track of your keyboard use through the in-app statistics.

SwiftKey is one of the few keyboards I’ve come across that allows for a one-handed number pad, as well as optional arrow buttons for moving the cursor underneath the display. You can also detach SwiftKey from the bottom of the screen for a floating keyboard experience.

Gboard (formerly known as Google Keyboard) has always been my keyboard of choice on Android and iOS phones alike. It doesn’t offer as many features as the rest of the keyboards mentioned, but I love its simple UI and the convenience of having it come pre-installed on most stock Android devices.

You can still theme the keyboard to match your style, and it even has GIF support powered by Giphy and Tenor within the emoji section. Gboard also has very accurate gesture typing (or “glide typing,” as Google calls it).