Which Android phone coming this fall are you most excited about? [Poll] 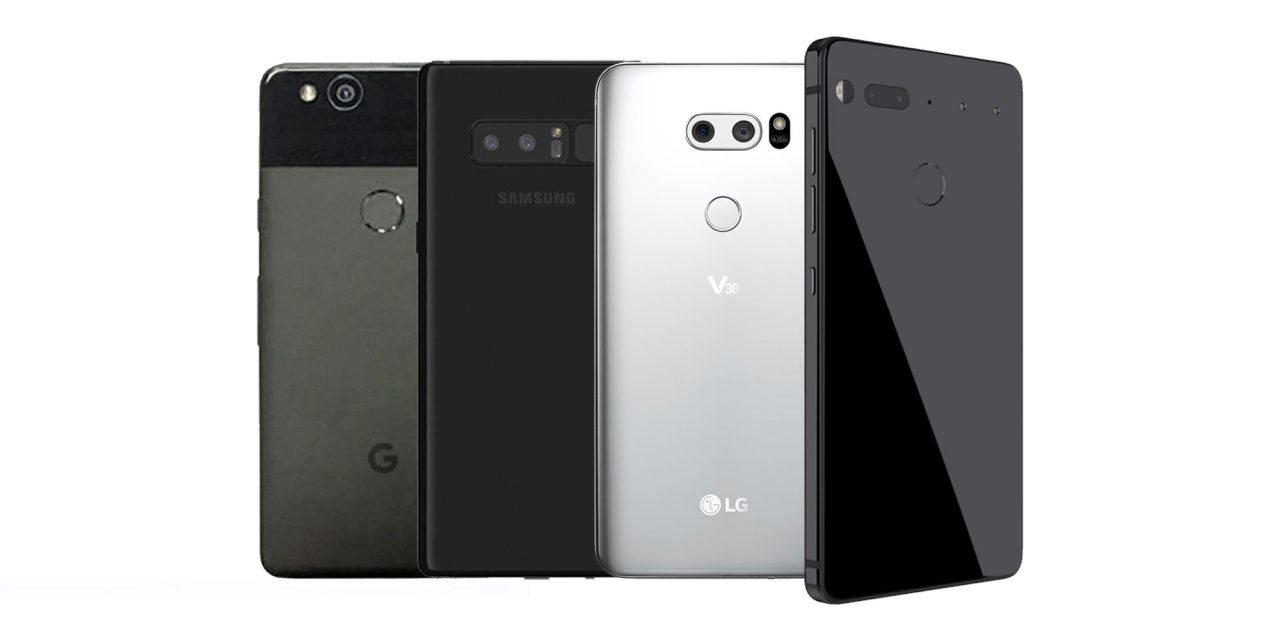 As we quickly approach the end of summer, we’re expecting some of the biggest names in the smartphone world to release its latest and greatest. This includes handsets from LG, Samsung, Google, Essential, and Motorola.

Which of this fall’s new Android smartphones are you most interested in buying?

This fall’s festivities kick off next week with the unveiling of the Samsung Galaxy Note 8. LG will then follow up by announcing the V30. Thanks to leaks, we know pretty much everything about both of these phones. The phones that are still to come are the Google Pixel 2/XL2, Moto X4, and Essential Phone. Leaks and rumors have given us some ideas of what to expect from these, but there’s still more to learn.

Ben wrote earlier that he is most excited for the LG V30:

But one big reason why I’m so excited about the LG V30 is because LG has really been stepping up its game this year. The V30 is going to have a premium spec sheet, headphone jack with a quad-DAC (if reports are to be believed) and of course other appreciated features like water resistance, but what we don’t yet know also makes this phone so intriguing.

So, are you excited for the phones being announced this fall? Which one would you be most interested in buying? Answer the poll below and let us know your thoughts in the comments!