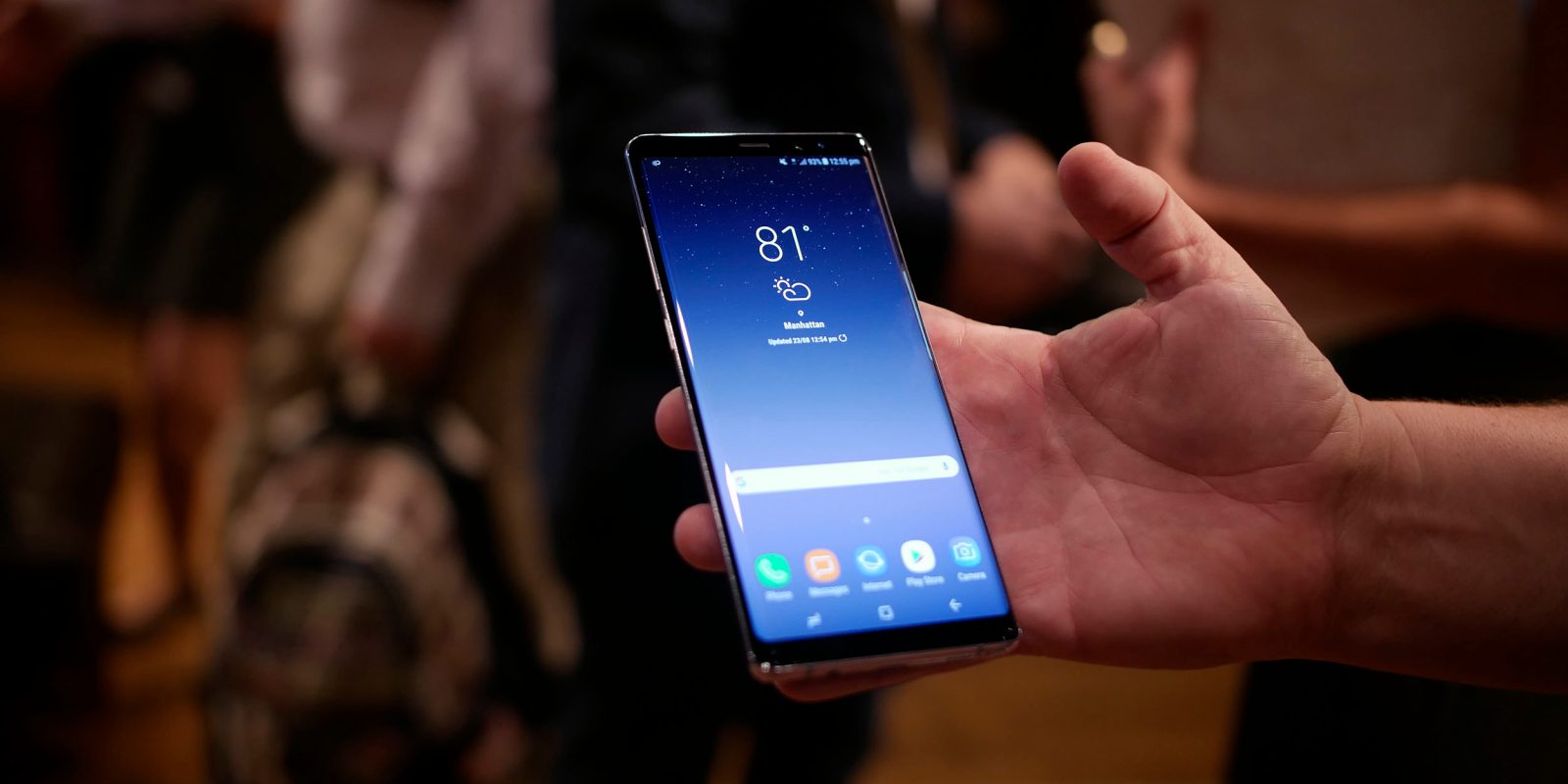 One of Samsung’s strongest aspects on any smartphone is the display, and the company has led in this area for a few years. That’s thanks to the incredible OLED panels found on Samsung’s flagships, and they seem to keep getting better and better. The Galaxy S8 blew us away earlier this year, but now the Galaxy Note 8 is taking the crown.

A new test performed by DisplayMate has revealed a few details about the Galaxy Note 8’s display that you might not have known at a glance. The obvious attraction of the Note 8’s display is its massive 6.3-inch canvas with minimal bezels on all sides, but brightness may also turn out to be a deciding factor for some buyers.

Most smartphone displays are pretty terrible in sunlight, and while Samsung has made some strides here, bright days are still a weak point. With the Note 8’s display, though, Samsung is upping the brightness levels by 22%. That puts the maximum brightness output of the Note 8 to a whopping 1200 nits. By comparison, the Galaxy S8 maxes at just over 1000 nits where Apple’s iPhone 7 hits a mere 625 nits.

Needless to say, this maximum brightness is something impressive and we can’t wait to see how the Note 8 handles a bright day. In my brief hands-on with the device, the brightness of the display was certainly noticeable, but the dark room didn’t let us stretch it to its limits.

The Galaxy Note8 is up to 22 percent Brighter than the Galaxy S8. For most image content the Galaxy Note8 provides over 490 cd/m2 (Luminance, which is a measure of Brightness sometimes called nits), comparable or higher than most LCD displays in this size class. The measured Brightness on the Home screen is even higher at over 540 nits. When the display Brightness is set Manually with the slider, it can be adjusted to reach a maximum screen Brightness of up to 728 nits, which is impressive.

As you’d expect, brightness isn’t the only area where the Note 8 excels. Samsung’s OLED panel has been reworked behind the scenes to include some major enhancements to the hardware, enabling new display features. That includes multiple screen color modes as well as more accurate colors. The display is not only certified by the UHD Alliance for HDR, but also has a full 100% DCI-P3 Color Gamut which is also used on 4K TVs.

Another minor, but important change comes to the always-on display. DisplayMate has discovered that this feature is no longer reliant on software 100% of the time, but rather uses hardware to keep itself updated with things like the clock. This should prove to give the phone better battery life.

DisplayMate’s tests reveal quite a lot of changes between the Note 8’s display and what we’ve seen before, and you can see the full results here, but what should be taken away from it is this: The Note 8’s display is the best we’ve seen on a smartphone to date, and it shows where the industry should be going. While some clamor for higher resolution, Samsung has shown that 1440p with the right enhancements are what customers will really appreciate.