IFA: LG V30 is as close to perfection from a smartphone that I’ve seen…and heard 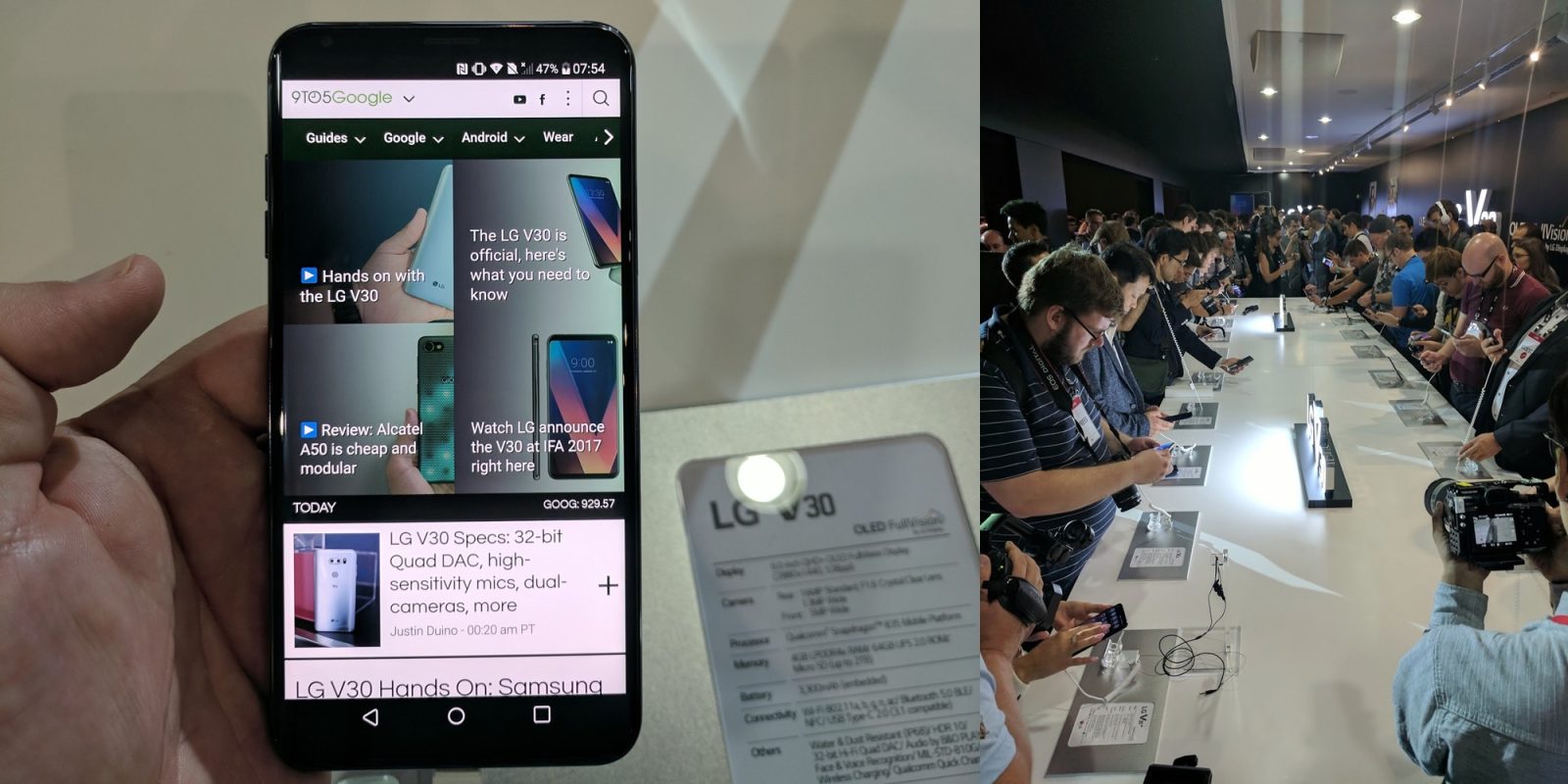 IFA this year is full of new and recently-released high spec Android smartphones.  But having just come out of the LG V30 launch event (and deciding to pass on Sony’s), I’m just going to call it right now: The V30 is easily the best Android phone available right now. It does so much right that I have to really dig around for things I don’t like. Check our full review and spec sheet.

We got some quality time with Essential phone a few weeks ago and while its hardware is impressive and we love stock Android, its camera software isn’t up to snuff yet. And I’m not sure how I feel about the camera cutting into the screen thing.

Sony? Bezels! Stick a fork in its Android phone line. Sony really seems a few years behind and unable to catch up on hardware outside of its fantastic cameras. Speaking of done, HTC and even its Google Pixel seem super outdated compared to 2017’s bezel-less devices, though the Pixel is still my Android daily driver.

ZTE and Huawei are making solid mid-tier devices for great prices, but their flagship devices, let’s face it, aren’t in the same league.

And that brings us to Samsung.

Last week we went to Samsung’s Note 8 event and I came away…not interested – but don’t worry Note fans, we’ll have reviews hopefully (maybe?) soon. Aside from not exploding (sick of these jokes yet?), this was basically a Note 7, which I reviewed and loved last year with some incremental upgrades. The screen is brighter! A little. Battery is smaller…but doesn’t explode. OK, stop it, right.

The big problem and the overwhelming feeling with Samsung devices is that the learning curve from stock Android is too damn high. Like everyone else I know, the first things I do when I get a Samsung phone is install a reasonable launcher and other native tools that replace Samsung’s…oh and don’t even get me started on Bixby. In my view, these are all gimmicks and superfluous bloat that take away from the core Android experience that we’re all after. 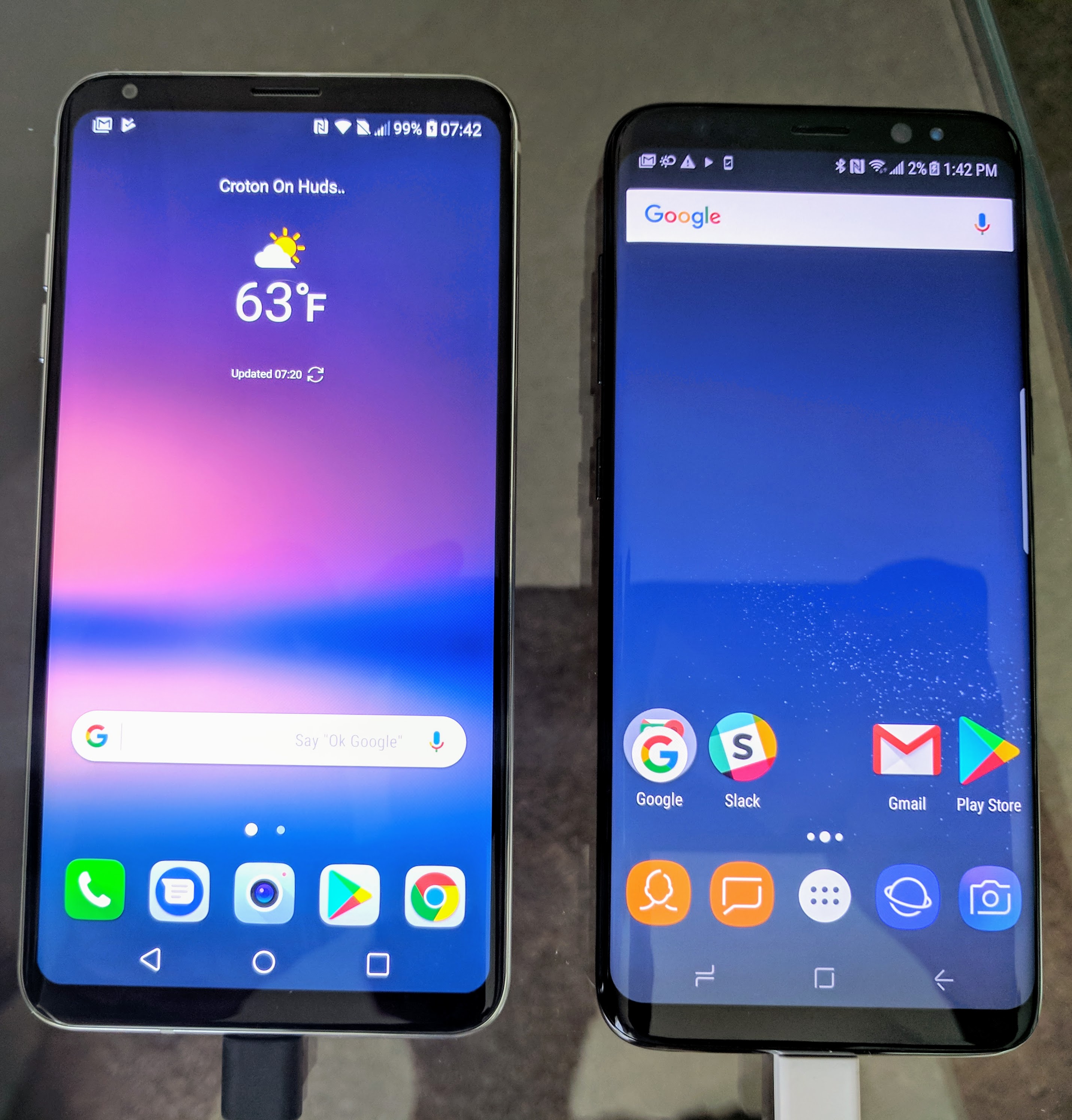 But even on hardware alone, LG’s V30 beats the Galaxy phones in my opinion. Picking up a smaller Galaxy S8 feels…heavy…compared to the larger V30 even though they are essentially the same weight: 155 (S8) vs. 158 (V30) grams. Then pick up the S8+ or a Note 8 which are almost an ounce heavier and you are in a different league of heavy.

I don’t know how LG did it – in the QA at the end of the event they attributed it to smaller parts, lighter materials and an aluminum superstructure – but whatever they did, this thing is really light. It has that “I didn’t put the battery in it” feel from when you could remove batteries.  Yet it also feels incredibly sturdy.

It doesn’t stop there.  The 6-inch 1440 x 2880 pixel OLED screen is simply the best I’ve seen and looks to be great for VR with its 530+ pixels per inch. I haven’t had sufficient time to judge yet, however, the f/1.6 and wide-angle cameras take great pictures and videos are incredible. The buttons feel solid and minimalist. There are 3 buttons on the V30 and 5 on the Galaxy S8 if you include separate fingerprint sensor and Bixby button. Once you get used to the combined power/fingerprint button on the back it is a much easier experience.

Sound both out of its small speaker and recorded with its mics are top shelf. I don’t have the ears of an audiophile, but I’ve never heard better sound from a smartphone. With its ability to use the speakers as a mic, it can record lows unlike any other phone and its industry leading high-quality audio DAC brings it all together.

It checks off all of the other boxes: Up to 2TB of SD card expandability, IP68 dust and water-resistant, Military-grade rugged, Qualcomm Snapdragon 835 w/ 4GB RAM. Everything you’d expect from a flagship.

Most importantly, it feels great in the hand, light in the pocket with easy to reach and intuitive buttons and software.

To get a better impression of the video camera capabilities, I got some brief time to talk to David Franco of Game of Thrones fame (OMG) about his use of the V30 as a personal video camera highlighted in the presentation.

Those people who shoot movies on cell phones are doing it for the novelty, not because they are the best tools out there. But for taking casual images and videos, nothing beats the V30.

Also, he noted that he tried to hide the camera, but people didn’t seem to notice he was using an unreleased device. Generally speaking, pulling out your cell phone to make a quick movie has become accepted behavior and a lot less dramatic than when we all had to pull out big cameras. As for the Cine effects, he’s a big fan.

If you need something to complain about I guess you could look to the 5 megapixel f/2.2 wide angle front facing selfie cam. Frankly it works fine in my limited testing, but I guess LG could have done better here. It doesn’t take great low light selfies!  LG also got rid of its V20 second screen which was a good thing, but are sticking with its quick bar add on which I think is superfluous.

Also, LG’s overlay isn’t as useful as stock Google Now launcher, so I am still installing a new launcher on top…and then there’s Android 7.1.2 -> Oreo..someday.

I should also note that the unit I’ve been reviewing is a preview hardware and software, so things could change, theoretically for the better although I don’t think the front facing camera is going to suddenly get better low light performance.

Overall, I am a huge fan of what LG did with the V30. Frankly, the G6 wasn’t an outstanding product for me and my expectations were low for the V30. I expected another monster of a device that would try to cram a bunch of extra, yet not entirely useful gimmicks inside like its V20 and V10 predecessors.

However, LG totally morphed its V30 into an incredibly useful, minimalist powerhouse that I can whole-heartedly recommend for the vast swath of Android users.