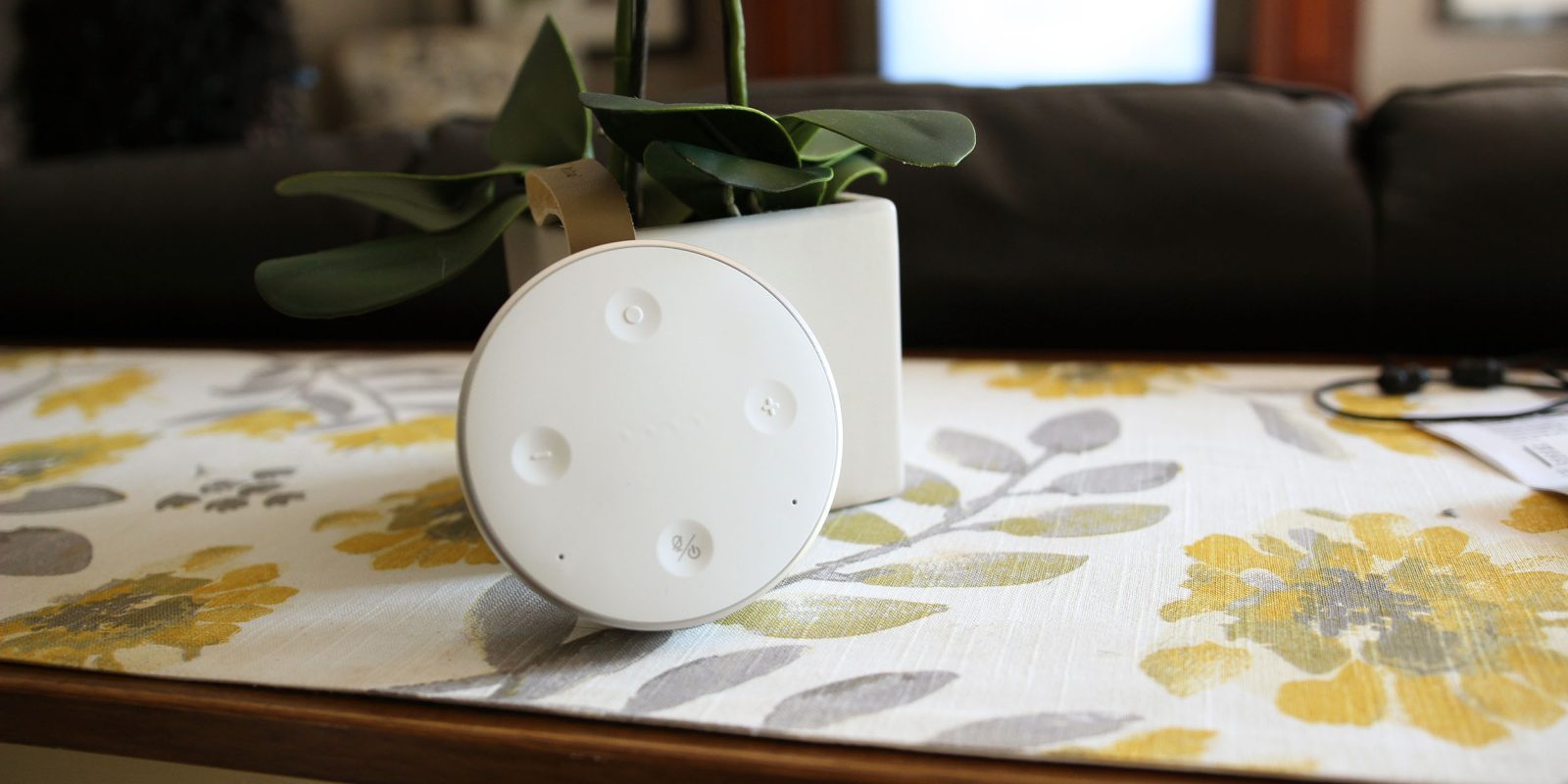 Google Home was released about a year ago as the first smart speaker with Google Assistant built in, and it’s matured a lot since its release. This year, Google opened up the software needed to bring Assistant to other hardware. Back at IFA, we saw several new options announced, and now we’ve got our hands on one of the first, the Mobvoi TicHome Mini.

If you’re not familar with Mobvoi, you’re definitely not alone. The Chinese company has yet to really make its name known in the United States, but its credits alone make it deserve a fair shot. Mobvoi has previously worked with Google to power Android Wear’s voice search in China, and it’s one of the most recent OEMs to take a stab at an Android Wear device.

With the TicHome Mini, though, we’re looking at something a little unique. This is the first smart speaker packing Google Assistant that doesn’t require a constant power source. Rather, it has a built-in battery which is good for a few hours of music playback. Exact numbers on that aren’t available just yet, but I’ll be testing that more in the coming weeks. 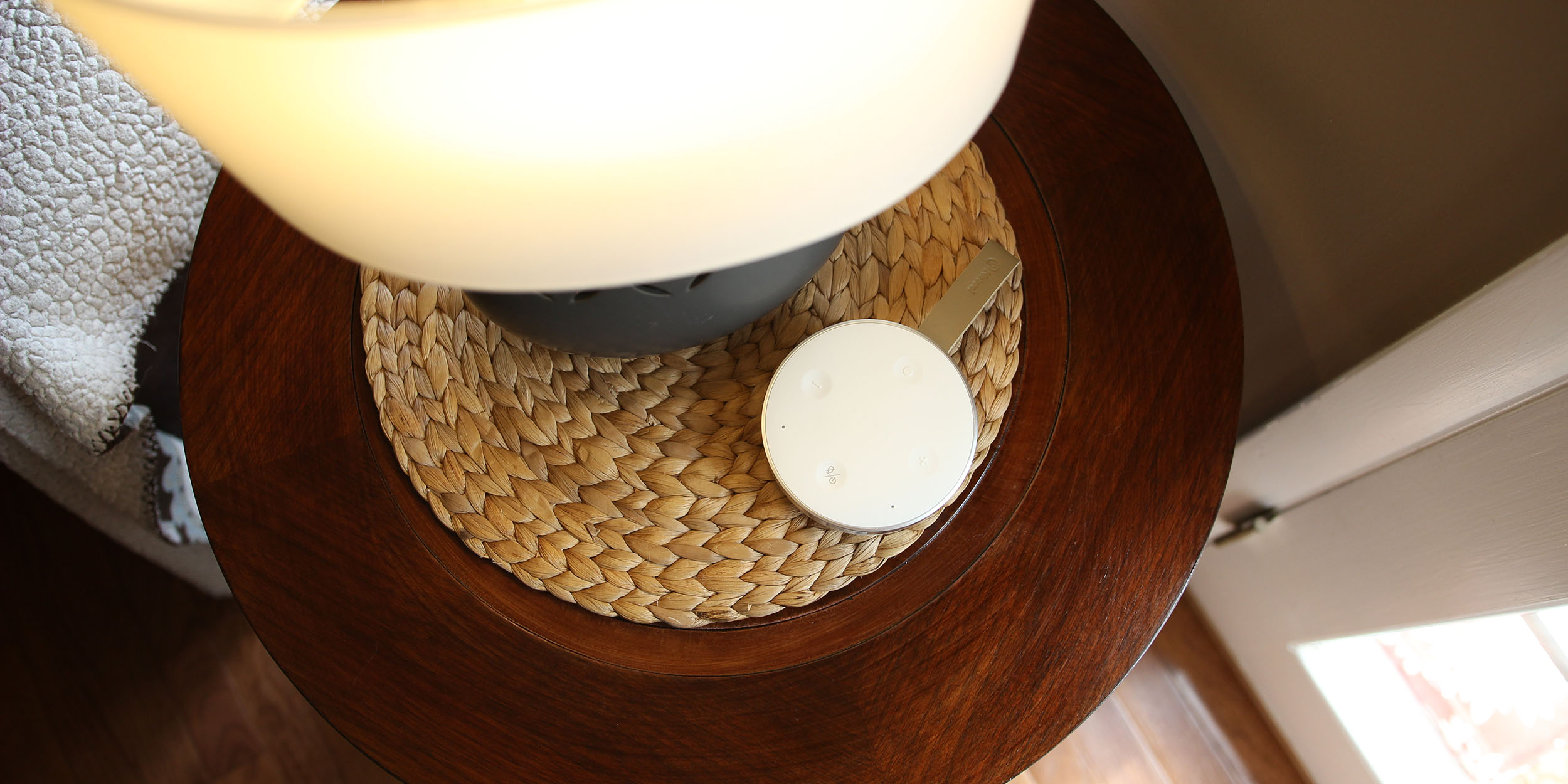 You can expect all the same functionality of a Google Home in the TicHome Mini. It has the full power of Google Assistant with apps, podcasts, home control, media streaming, Chromecast controls and more. The only notable feature it doesn’t have that I’ve noticed so far is calling, but I’d assume that can be added later on.

The TicHome Mini itself is about a third the height of a standard Google Home unit, but its base is quite a bit wider. That may feel a bit too big for some, but personally, I’m totally fine with the size. It’s still compact enough to carry around the house or toss in a bag. Better yet, that size doesn’t make it give up any of the hardware that makes it great.

Like the Google Home, you’ve got two microphones to pick up commands and so far, they work great. The added flexibility with the embedded battery even means you’ll be able to move the device to a better area for hearing your voice. It also features four buttons up front — a power/mute button, command button, and volume toggles. There are also four LEDs dead center for indicating power levels and activity.

What impressed me right away with the TicHome Mini was the built-in speaker. While it does face the rear, it’s both loud, clear, and has surprisingly full sound. It doesn’t really compare to what you’ll find in the Google Home, but it definitely blows away the Echo Dot. The best comparison I can make is to a JBL Clip speaker, but the TicHome Mini sounds a bit less full with slightly less emphasis on the lows. Regardless, it’s been a pretty impressive little kit so far.

I’ll be testing out the TicHome Mini a lot more in the coming weeks, so stay tuned right here to 9to5Google for my full review. If you’re interested in picking up a TicHome Mini, it goes on sale in “mid-October” and you can sign up for updates and a 30% discount through the company’s website. As for pricing, all we know right now is that it will cost under $100, and I can easily say right now that it will be worthwhile…