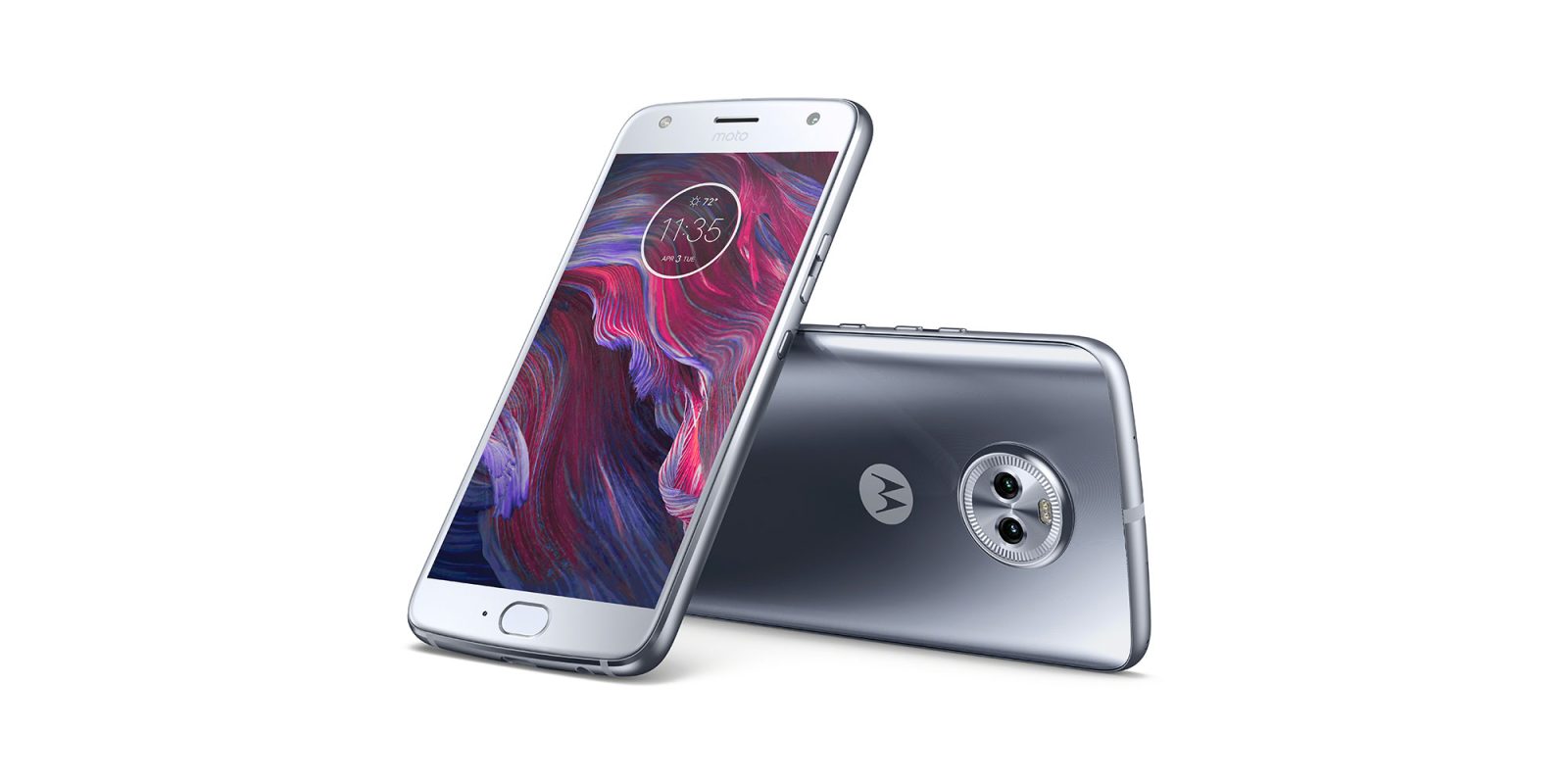 Announced last month, Project Fi was expected to begin shipping the Moto X4 for those who pre-ordered sometime this week. However, the first Android One device in the US has now been delayed due to production issues.

With expedited shipping, the Moto X4 was scheduled to begin arriving for those who pre-ordered later this week. Last night, Project Fi emailed these customers noting that a “production delay has impacted the estimated ship date for your new device.”

The Moto X4 is now expected to ship October 18-25, a delay of approximately one to two weeks. Those ordering today via the Fi site will notice that the earliest shipping option now pegs delivery between October 27-30.

Those who signed up for the trade-in program should not be impacted given that the 30 day period to send in their old phone — in questionable packaging — does not begin until they receive the new device.

Launched at IFA for European markets in late August, the Moto X4 features a 5.2-inch 1080p display with a glossy glass panel on the rear. Powered by a Snapdragon 630 processor with 3GB of RAM and 32GB of on-board storage expandable via microSD. There is a dual-camera with 12MP and 8MP sensors combining for depth effects and other creative options.

As an Android One device — the first in the United States— it runs stock Android with minimal add-ons. Meanwhile, 8.0 Oreo is guaranteed by the end of the year and the phone will “be among the first to receive an upgrade to Android P.” 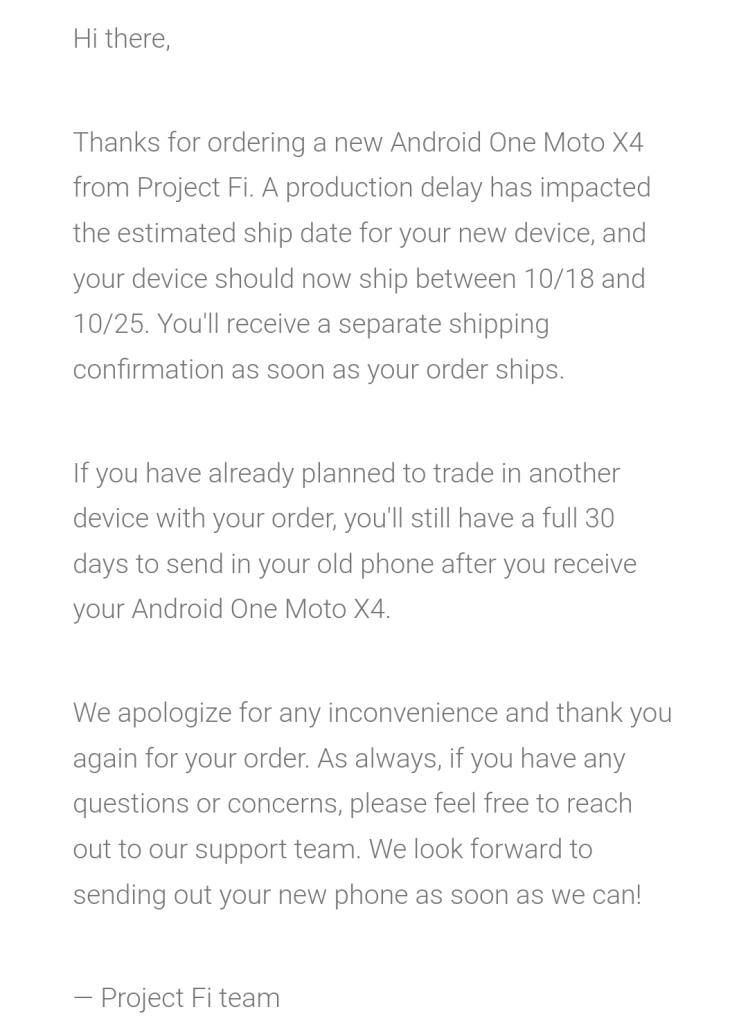