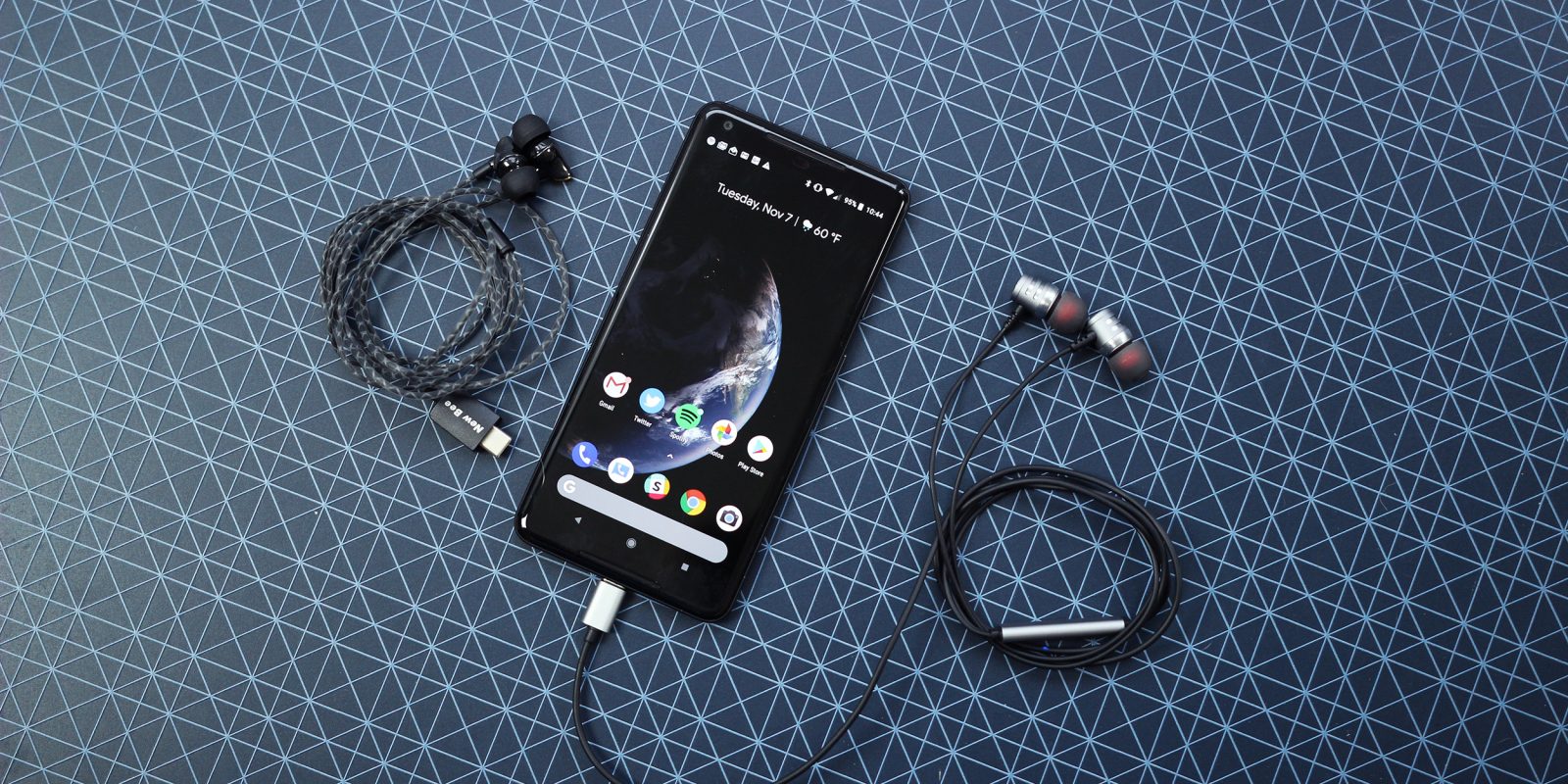 When we discovered that Google would be shipping the Pixel 2 and 2 XL without a headphone jack, it’s safe to say that a majority of our readers were not happy. To make up for that missing port, it seems logical that Google would follow in the footsteps of other companies and include a pair of wired USB-C headphones, right? Well, the search giant did work on that option but didn’t follow through with it.

So, if you’re looking for an inexpensive pair wired USB-C headphones that work with the Pixel 2, look no further than below…

This first pair of headphones, branded and sold by a company called New Bee, blew us away when we first got our hands on them. For being an off-brand and costing only $10, we expected these to feel extremely cheap and sound even worse (if they worked at all). While they do have their drawbacks, these New Bee wired USB-C headphones are great for throwing into your bag.

First, the headphones themselves are encased in a ceramic material that is cold and metallic to the touch. This gives them a premium look and feel. The cords themselves are sorta thin but covered a rubbery plastic material. Unfortunately, there are no play/pause buttons or a microphone built-in.

The most prominent problem with these, though, is the fact that the plastic casing around the USB-C port is oddly large. This is a major drawback because I could not find a single case that had a cutout large enough to allow the headphones to plug in other than Bellroy’s leather offering.

The second issue was the sound profile. While the headphones do produce a loud and surprisingly clear audio output, the New Bees are very clearly missing even the slightest amount of bass. The sound isn’t bad, but you get what you pay for.

Purchase the New Bee Type-C Wired Headphones from Amazon for $10.

If you don’t want to go as cheap as possible with New Bee’s $10 buds, this second option might be a better call as it ditches pretty much all of the downsides of those cheaper ones.

The build quality of these earbuds is excellent. The casings on the buds themselves are made from metal which extends to the in-line remote and the USB-C connector. The cord is made from rubber and feels just like any other pair of inexpensive earbuds if I’m being honest. That USB-C connector also actually fits with most cases as it’s no larger than your average charging cable connector.

The highlight on these earbuds, however, is the sound quality. Cheap earbuds are, generally speaking, terrible. I’ve been quite impressed with these, though. The sound is balanced with a fair bit of bass, and the passive noise cancellation is solid as well. For what you’re paying, this is really impressive. The company says that this is thanks to a built-in Sony DAC combined with the aluminum casing.

The sole complaint I do have about these earbuds, however, is the lack of a microphone in the remote. It’s an unfortunate loss I would have gladly forked over a few extra dollars for, but given the price point, it’s one I can live without.

Purchase the Sunwe Type-C ‘Hi-Fi’ Wired Headphones from Amazon for $21.99.