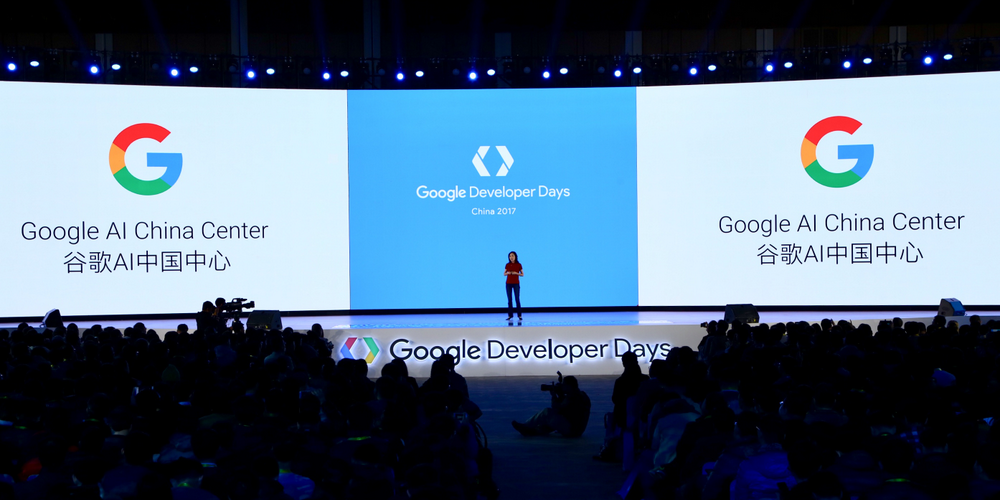 Bolstering its status as an AI first company, Google has opened machine learning research labs around the world in recent years. The latest is the Google AI China Center headquartered in Beijing.

Unveiled today by Fei-Fei Li, Google Cloud’s Chief Scientist, at the Google Developer Days event in Shanghai, it is the company’s first lab in Asia. She — along with Google Cloud research head Dr. Jia Li — will be leading and coordinating research. With open positions at the Center, the company has already “hired some top experts.”

Focused on basic AI research, the Center will consist of a team of AI researchers in Beijing, supported by Google China’s strong engineering teams.

The Center represents Google’s slow return to China through artificial intelligence and particularly TensorFlow. As detailed by a Bloomberg in October, the company has hosted several developers events for the machine learning library.

The tool is seeing an uptick in usage in the country that reflects the rise of AI and ML in local Chinese services. Meanwhile, many of Google’s other applications are still blocked in the country due to the 2010 refusal to self-censor its content.

China is home to many of the world’s top experts in artificial intelligence (AI) and machine learning. All three winning teams of the ImageNet Challenge in the past three years have been largely composed of Chinese researchers. Chinese authors contributed 43 percent of all content in the top 100 AI journals in 2015

Google’s other machine learning research groups, besides the Googleplex, are in New York, London, Zürich, and most recently Toronto in March.