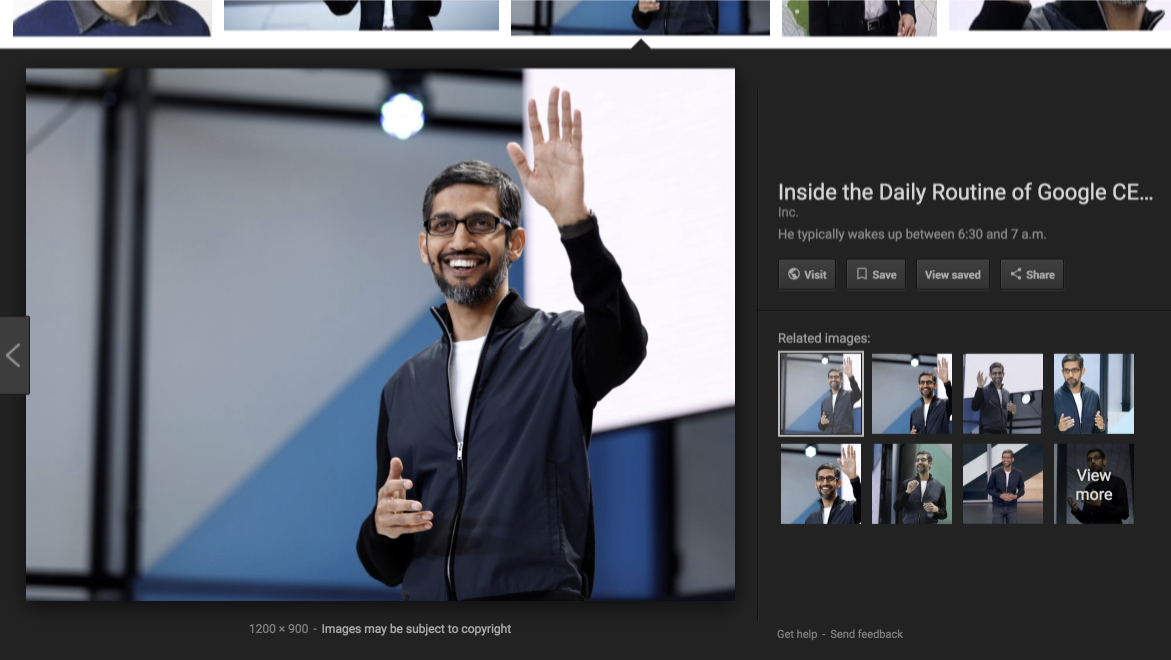 Earlier this month, Google and Getty Images announced a licensing deal that would allow Getty images in Google Images. As a result of this deal, Google agreed to make some fundamental changes to Images in an effort to reduce piracy, and the first of those has gone live today.

In addition to Getty Images working with Google “to improve attribution of our contributors’ work,” the deal included removal of the “view image” button next to results in Google Images — which would take users directly to the photo’s web URL. As of today, the button is gone.

Clearly Getty believed that this “view image” button led to rampant piracy of copyrighted content — including its own. While that’s surely true, the removal of the button is also an inconvenience to users who are looking to download legitimately free images from the web.

Fortunately, there’s an easy way around this — albeit one that most normal users probably won’t realize. If you right-click the image in Google Images, you can choose “Copy Image Address” in Chrome (or the similar button in other browsers), which you can then paste into the address bar to go the same page that “view image”previously took you to.

While this may be annoying for end users looking to download (or steal, depending on who you are) images from the web, it seems like a necessary move to push users to the full website where images can be found and where copyright and usage information is more readily available. Altogether, this is probably a good change for photographers, publishers, and Getty alike.

Today we're launching some changes on Google Images to help connect users and useful websites. This will include removing the View Image button. The Visit button remains, so users can see images in the context of the webpages they're on. pic.twitter.com/n76KUj4ioD