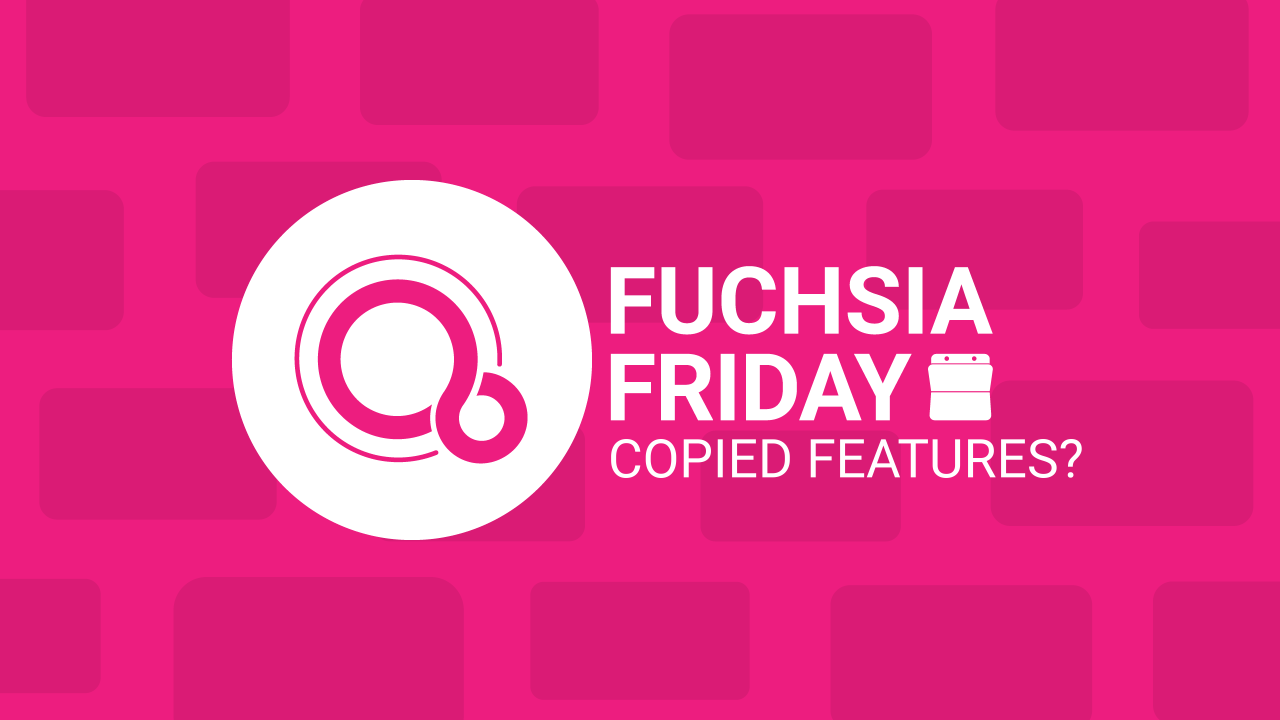 In the last few days, some of you have noticed that Android is gaining some of the same kinds of features and concepts we’ve discovered are coming in Fuchsia. Let’s take a few minutes to dig into each of them and what they mean as a whole for the two OSes.

The most Fuchsia-like feature announced is definitely ‘App Actions,’ the ability for an app to suggest itself to the user in certain searches. These suggestions are powered by the app’s available ‘intents’ and filtered through by machine learning. As intents have been a core part of Android development for years now, most apps already have Intents and shouldn’t need much work to have useful App Actions. 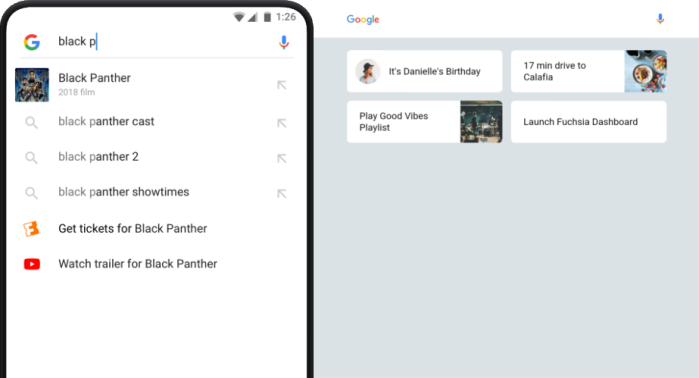 The Fuchsia equivalent of this is ‘Suggestions.’ Suggestions are offered up by agents (a cool new concept in Fuchsia) based on the user’s current context (what they’ve recently done, what’s currently on screen, etc) or, like Android’s App Actions, based on a search.

Android actually takes it a step further than Fuchsia here with its idea of Slices, letting apps offer a widget-like view in certain searches.

In my opinion, the most interesting announcement of the I/O Developer Keynote was the introduction of ‘app bundles’. On the surface, App Bundles just look like a way to give apps smaller download sizes. That’s even how the keynote speaker presented it, with graphs showing that larger apps get fewer installs.

Looking closer though, it opens Android apps to be more dynamic. Using the upcoming ‘Dynamic Delivery’ system designed for App Bundles, Android apps can install additional features after the main installation. This is something like Fuchsia’s modular system (here’s a refresher), that breaks monolithic apps down into smaller modules that serve a specific purpose.

That’s not even the only Fuchsia-like feature enabled by App Bundles. On the its developer page, Google claims

You will soon be able to “instant enable” the Android App Bundle, so that users can launch modules instantly, from any link, and without installation. Regardless of whether you start by building an app bundle or Android Instant App, you’ll be ready for instant-enabled Android App Bundles when we rollout this feature to all developers.

This is near identical to Fuchsia’s ability to have almost any app be instant, as we’ve talked about in-depth before.

Fuchsia will go the extra mile

Fuchsia will take these ideas a step further by allowing app actions — in Fuchsia terms a “suggestion” — to appear in search without requiring the app to be installed. If Google’s machine-learning-powered algorithm is reasonably ‘confident‘ that a particular module that you don’t have installed can get the job done, a link to open it ‘instantly’ will appear.

You could possibly search for a movie that’s in theaters, get a suggestion of buying a ticket through Fandango, click it and buy your ticket without installing the app.

Now that we’ve established that the two OSes are beginning to have features in common, the question becomes “Why?”

One theory some may have that I’d like to eliminate is that Fuchsia is just a testbed for features to come to Android. This model of starting from scratch has been seen before recently in tech, with Mozilla rewriting their browser engine from scratch and using what they learned to make their existing engine better. The flaw I see with this idea is that the features in question are still actively being fleshed out in Fuchsia.

My personal theory is that Google has a unified vision for its company: AI and machine learning are the way forward. They made that clear last week at I/O with dozens of AI–powered announcements. Google wants to know what you want to do before you want to do it. It’s very likely that this vision of the future of computing was given to both the Fuchsia and Android teams, who each implemented it differently.

Slices, the most Fuchsia-like feature announced at I/O, are actually an Android original. Remember, Android isn’t going anywhere any time soon. Fuchsia isn’t the only vehicle for bringing Google’s vision to fruition. It’s also possible that as the years go on and development continues, Android and Fuchsia will grow more and more alike until the transition, if there ends up being one, is almost seamless.

I’d love to hear your thoughts and questions on this, and on Fuchsia in general. Reach out in the comments below or on Twitter.