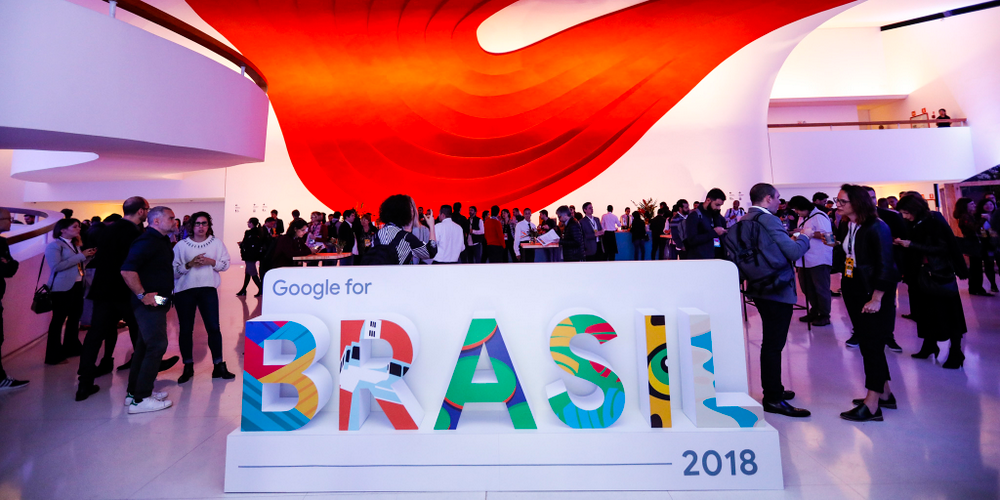 In important markets, like India, Google often hosts specialized events to announce country-specific features and initiatives. At the second annual Google for Brazil event, the company today announced Android Go, along with new features in Search and Maps.

Announced at I/O 2017 with the first devices launching earlier this year, Android Go is for entry-level devices that feature under 1GB of RAM. With numerous OS optimizations for performance and slower data connections, first-party apps like Assistant and Maps have also been optimized. The platform is now launching in Brazil with new devices from Positivo, Multilaser and Alcatel.

Google is also working with 30 local partners to add more Assistant Actions like ordering food, making reservations, and hailing a cab. Since Assistant added Brazilian Portuguese support last year, Brazil has become a top three country in daily active users. In fact, the language is the second most popular language for Assistant on smartphones.

Meanwhile, Search is adding a number of features for football fans ahead of the 2018 World Cup including group tables, stats, trending players, and more right from Search. Android users can also pin live scores with a new floating window.

Another feature is aimed at upcoming Brazilian elections in October with quick access to key dates, candidates, policy stances, and statements right in Search results. On election day, results will be live updating in Search.

In Maps, Google is optimizing for cities like São Paulo that restrict motorists from driving in designated parts of the city during peak traffic hours. Users will be able enter the last digit of their license plate and have Maps provide customized directions to avoid restricted areas. Google notes that real-time transit information is now available in 15 cities.