After rolling out to Android, Mac, Windows, and Linux, version 68 of Chrome OS is now available. Notable features include more “Material 2.0” elements across the UI, a range of accessibility improvements, and a Display Size setting. Security changes in this update mark HTTP sites as “Not secure” and enforce the Certificate Transparency policy.

In the last update, tablet Chrome OS devices gained a visual refresh called “Touchable material 2.0” that rounded elements and made them larger to improve touch interaction. Version 68 brings “Material 2.0” to dialog boxes and other secondary UI elements (like bubbles). Additionally, the update also brings a “visual refresh” to the Overview/multitasking screen with improvements to the motion of windows zooming in and out.

A new Display Size setting allows users to increase the display-zoom of the primary display with a new “Tiny to Huge” slider that notes the set percentage. Replacing “Resolution” in the “Displays” menu, users can now “Make items on [their] screen smaller or larger” with the “Looks like” resolution noted below. Giving users “more control over UI scale and look,” there is also a new option to adjust the refresh rates of external displays. 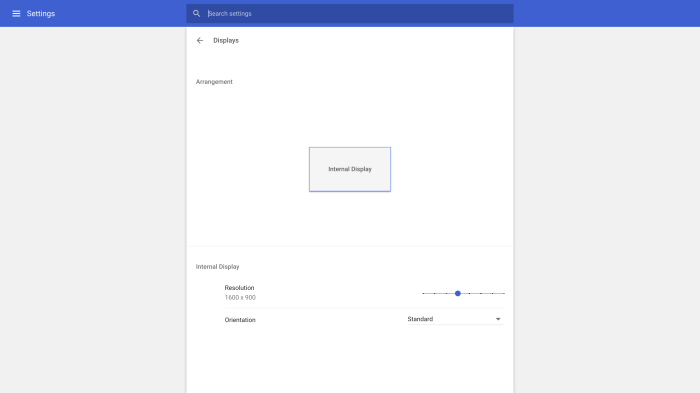 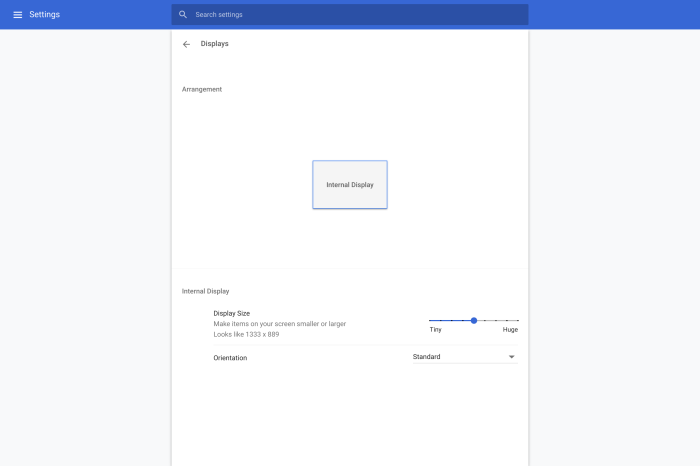 For a while now, Chromebooks have supported a numeric PIN in lieu of entering your full Google Account password. However, this was only available after you logged in. Chrome OS 68 now supports signing-in with a PIN from the get-go. A related update adds support for Child accounts at first sign-in.

The latest part of Google’s long-running HTTPS push involves marking HTTP sites as “Not secure”  in the Omnibar. A gray “info” icon and text in the top left-corner will warn users, with this behavior implemented last year for HTTP sites in Incognito mode.

Chromium’s Certificate Transparency policy asks Certificate Authorities to maintain publicly available logs for all SSL certificates issued. Aimed at allowing Chrome and other security researchers to verify that best practices are maintained, Chrome 68 requires all certificates issued after April 30, 2018 to include the required logs.

Google is also working on a New Tab screen with a rounded search bar rather reminiscent of the Google Material Theme. Your eight most viewed pages no longer include previews, just rounded favicons like on mobile. Meanwhile, Google is also testing the ability to theme the background of the New Tab page with updating wallpaper, like the default Chrome OS background. 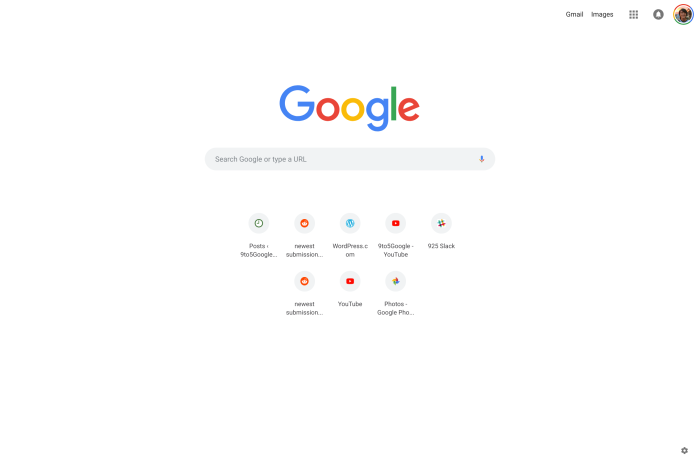 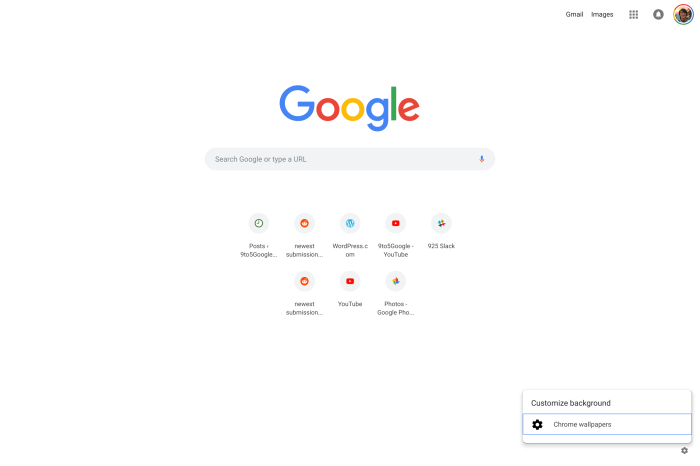 Chrome OS 68 features a number of accessibility-related improvements, including a fast way to enable/disable the ChromeVox screen reader on tablets and convertibles with side volume keys:

With Select to Speak, users can have Chrome read aloud any highlighted text. This feature now supports selection via touch or a stylus thanks to a new button in the status bar, while there is a new method to activate when using mouse/trackpad input:

Lastly, there are two new shortcuts to toggle the screen magnifier:

Chrome OS 68 will be available for all devices over the next several days.