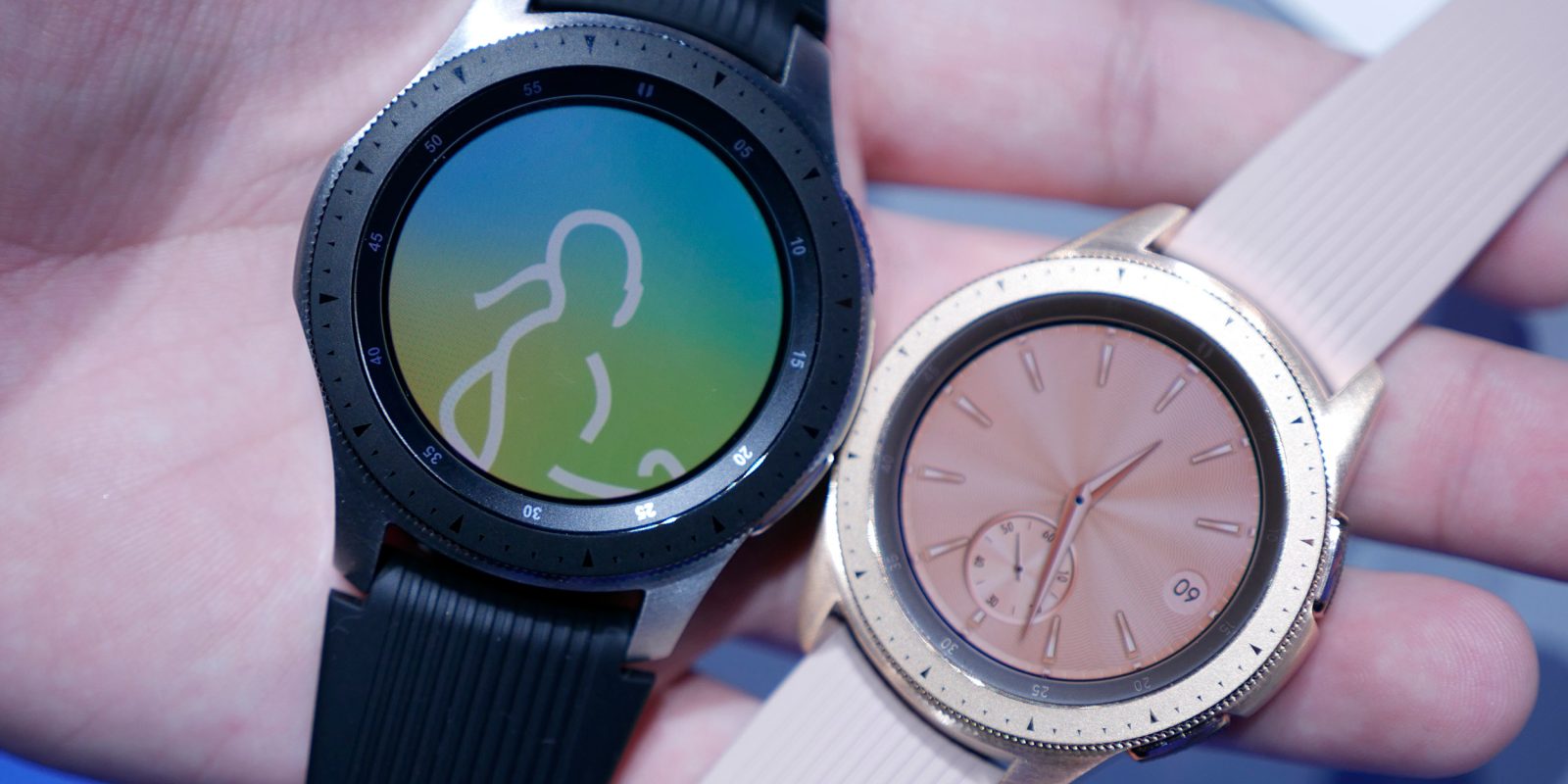 Samsung’s latest wearable, the Galaxy Watch, went official last week and it brings a lot to the table. The announcement was a bit of a surprise to everyone, and there’s a lot of information that slipped through the cracks, so let’s take a closer look…

One of the reasons Samsung’s Gear S3 was so compelling was the addition of Samsung Pay. Being able to pay from your wrist is very handy, and the Galaxy Watch can still do this. However, Samsung has removed an important part of the system, and that’s MST. This feature, which is on Samsung’s phones still, allows a device to emulate a standard credit card and enable device payments at pretty much any store.

This feature was dropped from last year’s Gear Sport, and now it’s also been removed from both models of the Galaxy Watch. Samsung told me that a large reason for this was to improve battery life, but it’s a shame to lose such a useful feature. Thankfully, it’s still available on the Gear S3 which is still being supported.

Multi-day battery life arrives thanks to a new custom chipset

The key feature of the Galaxy Watch, obviously, is the (claimed) tremendous battery life. We still don’t know everything Samsung did to get the 4-6 day totals, but the company mentioned in its keynote that a big part of it is a new “optimized processor.” In speaking with Samsung representatives after the event, I was told that this is indeed a chipset made by Samsung, specifically the Exynos 9110. That dual-core processor should be well up to the task of running Tizen, and from my hands-on time, it was handling it far better than any Wear OS device I’ve used. 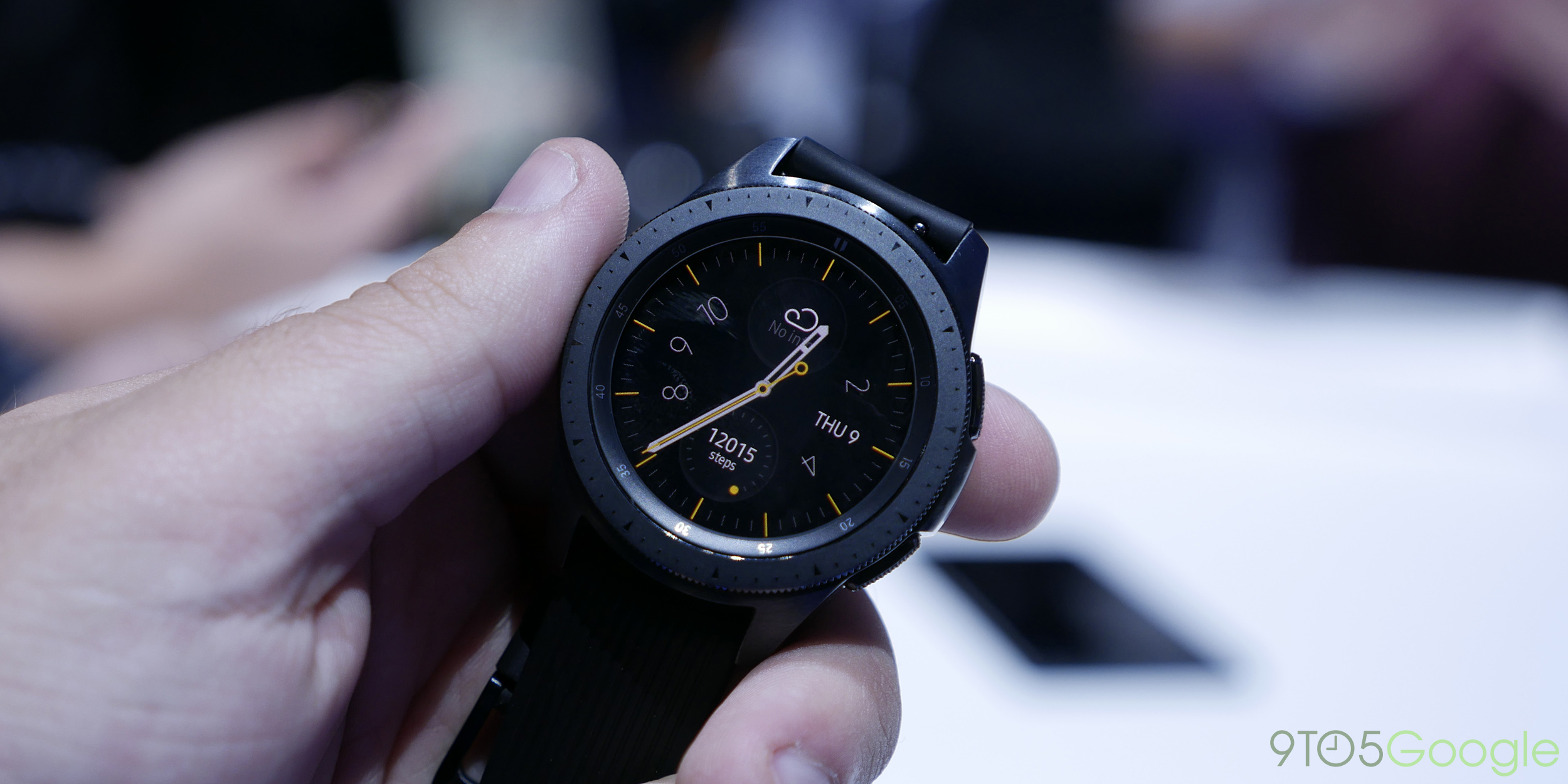 Wireless charging is still a bit up in the air

One thing that’s annoyed me about past Samsung wearables is wireless charging. While I could not be happier that Samsung uses this method to charge their wearables, previous watches didn’t support chargers that weren’t the one included in the box. Thankfully, it seems things may have changed on the Galaxy Watch.

Samsung has yet to fully confirm this so far, but the functionality of the new Wireless Charger Duo that was unveiled alongside the Note 9 and the Galaxy Watch hints that this new device can juice up with any Qi-enabled charger. Samsung’s press materials only mention, though, that the wireless charging method is “WPC based,” so things could very well be unchanged.

Samsung strangely didn’t spend much time talking about the Galaxy Watch in its keynote, but one thing it did briefly highlight was Bixby support. This is an addition that comes alongside Tizen 4.0, as SamMobile points out. This new update doesn’t completely overhaul the OS we’ve known on Samsung’s past few watches, but it adds some slight adjustments to the UI as well as adding new features such as the “My Day” watchface.

One note that definitely slipped under the radar was hidden within Samsung’s own press release. For those who pre-order the Galaxy Watch, a free spare watchband will be included with the purchase. That promo runs through September 8th.