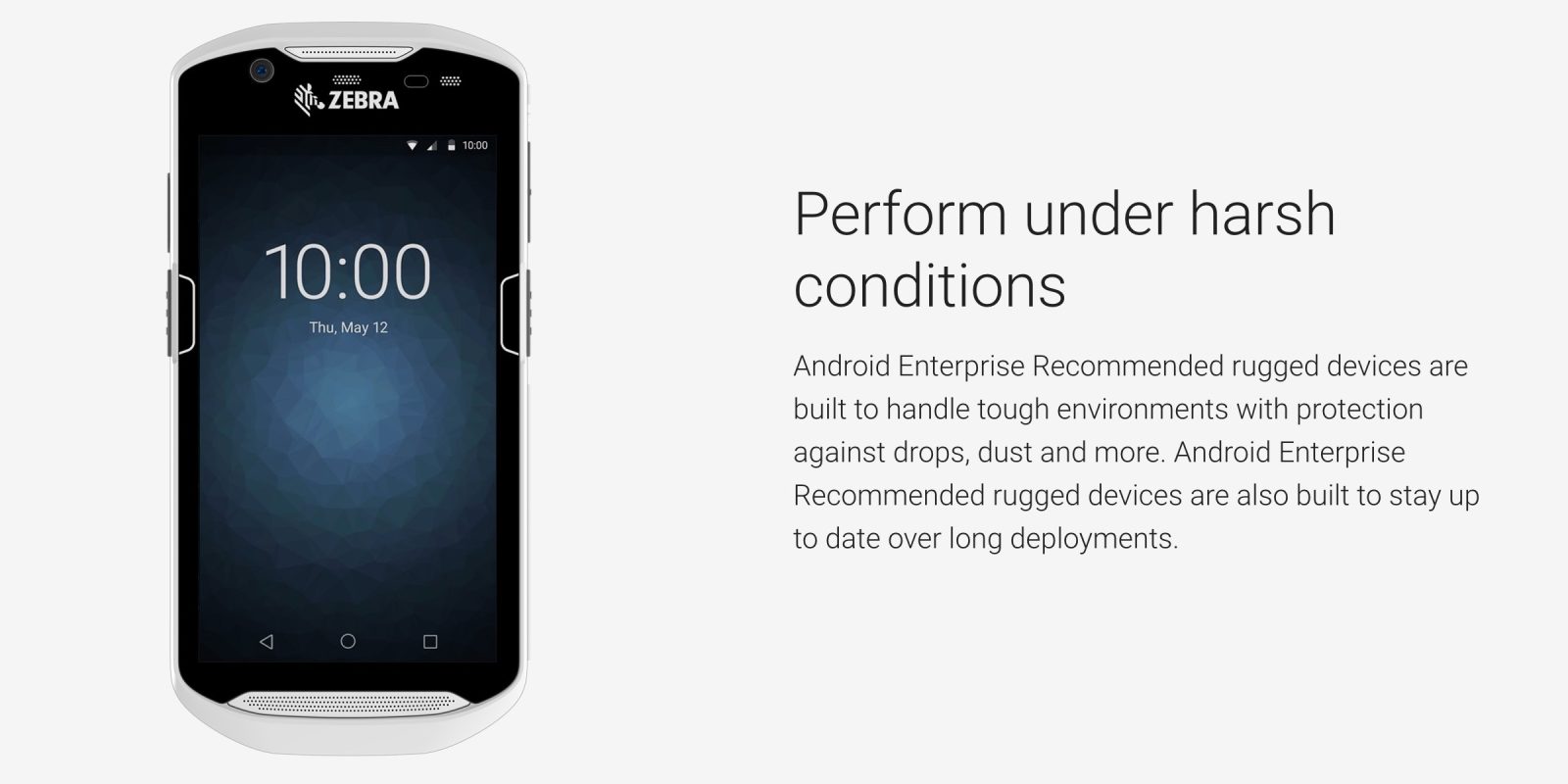 This category is designed to give confidence to the growing number of companies that are putting these dedicated devices to work, and make it easier to identify devices that are built to handle demanding workloads over a longer device lifetime. Just as we did with the initial Android Enterprise Recommended launch for knowledge worker devices, we’re validating rugged devices against an elevated set of standards and best practices specifically relevant for enterprise customers.

This program comes as Android is “on pace to become the largest rugged OS by shipments next year, growing at 23 percent (Compound Annual Growth Rate) over the next five years, more than 5x the rate of the rugged device market overall,” according to IDC research.

New “elevated” hardware requirements include drop-testing and ingress (water and dust) protection, while security patches have been extended from two years on regular devices to five.

A handful of well-known, but niche, devices have already been certified: