Last week a Japanese teaser site popped up for Google’s forthcoming Google Pixel 3 (Pixel 3 in Japan is news enough, right?), revealing a few themes that many believe may represent a few color variants for the device. Now, a fourth theme has been discovered in the page’s source code hinting at a fourth color — but it’s not quite fully functional.

We’ve enabled the hidden theme ourselves to see what’s actually going on here. The main takeaway: While the newfound “pink” color option referenced in the source code could mean that there’s a fourth color, it’s important to note that the reality of what was found in the code here is actually a bit more unspecific.

You probably remember three of the themes we saw last week — they’re publicly visible on the site. All you have to do is click the “G” logo on the back of the phone to switch through them.

One place this gets complicated is seeing how these themes are referred to in the source. The first, the one with the white background and green accent, is referred to as “green”. The second, the one that’s black, is appropriately, “black”. And the third, the one many have assumed hints at a “mint”-colored phone of some kind, is actually referred to in the code as “blue”.

So we have “green”, “black”, and “blue”, to represent what seem to be a white phone with a green accent, an all-black device, and a mint phone with what looks to be a green accent. It’s obvious the colors referred to in the code here don’t really line up with their appearance too well.

Enter the fourth theme hidden in the code that’s not actually enabled: “pink”. Here’s what that looks like if you simply switch out the theme as of this writing: 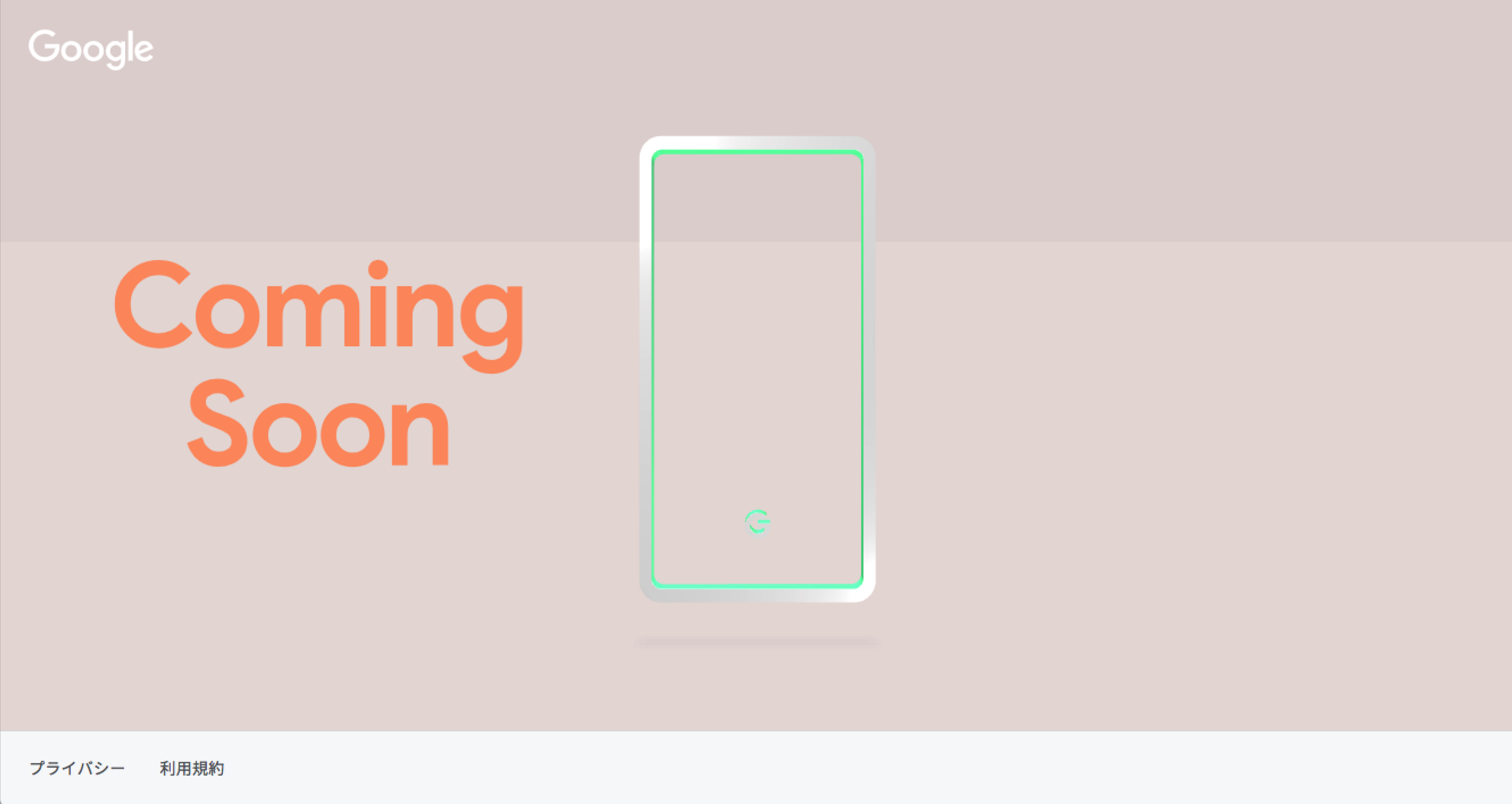 One caveat is that this is not actually how Google intended the page as a whole to look. While we believe the pink background and the theming of the “Coming Soon” text do reflect the fourth “pink” theme, the device outline itself — and therefore the bright green accent — does not. Looking at the code, it seems there was additional javascript here that’s simply missing.

Lots of possibilities here. Was a fourth theme removed at the last minute and some the straggling CSS just didn’t get caught in code review? Was this little hint left in intentionally to tip off savvy code divers on a fourth color? Either way, we also heard rumors ourselves of a red or “coral” Pixel 3, as we mentioned on a past episode of Alphabet Scoop, so it’s not surprising to find this in the first place. Word on the street is that Google also considered launching a red-colored Pixel 2.

Another thing to think about with these color leaks is that Google hasn’t done the same colors for the standard Pixel and XL variants, so we don’t know which devices the colors hinted at in this teaser will apply to — if any. Perhaps the “mint” will be a third option for the smaller Pixel, while a red or pink option might be available for the XL. Or maybe none of the colors mean anything.

Guess we’ll find out in a few weeks. Are you hoping for a red Pixel 3? Let us know below.