Google Pixel 3 ‘Are you ready?’ teaser page shows up on the Google Store 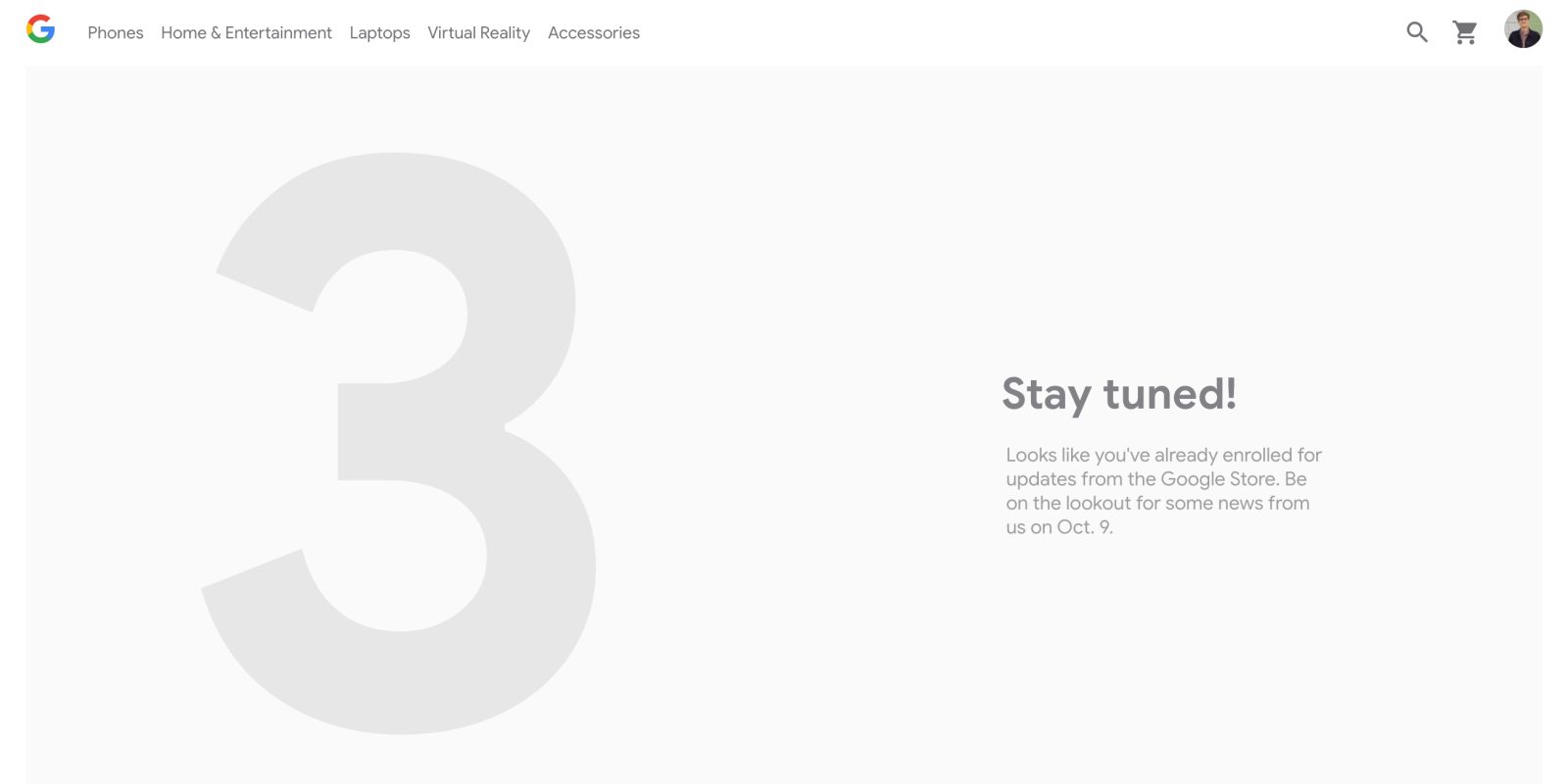 Ahead of the launch of the Google Pixel 3 next month, Google has today published a teaser/landing page for the device on the Google Store. It’s pretty barebones for now…

The page is about as simple as you can imagine, but does confirm one suspicion of ours. The “3” in the “I <3 NY” invitations for the event did indeed refer to the forthcoming flagship.

As has been the case in previous years, Google’s also making it easy to sign up for updates. With a single click the currently-signed-in Google account can be enrolled to receive updates.

We already know basically everything about the Google Pixel 3. In terms of external aesthetics, the smaller model looks like a smaller version of the Pixel 2 XL, while the Pixel 3 XL is going to have a new notched design. Both will bring new features like wireless charging, improved cameras, and more.

There also aren’t many secrets in terms of specs. Both phones are expected to launch with the Snapdragon 845 system on a chip and an Adreno 630 GPU, 4GB of RAM, dual front-facing cameras, and a single rear shooter. Obviously, battery size and display specs will vary slightly between the two phones.

There are some things that we still don’t know, however — pricing being the big one. We also don’t know what exact colors the devices will ship in and other minor details like face-based security and vibration motor stregnth

The Google Pixel 3 and 3 XL will launch at Google’s annual “Made by Google” event on October 9th in New York City. Google plans to hold a concurrent event in Paris as well.