Google Home Hub initially leaked in its entirety earlier this month, but there was just one thing missing: the second “Charcoal” variant that the leaked spec sheet said indeed existed. Now that second color option for the forthcoming new Google Home hardware has leaked as well…

The images (via Android Headlines), show the exact same device from before, but this time in black. The mesh fabric that covers the base is a familiar dark color, and the back of the “tablet” portion that sits atop it is as well. Interestingly enough, the display itself still has white bezels.

The new leak also brings with it a new angle we didn’t see in last week’s leaks. This side profile gives you a good idea of how the base is shaped, the thickness of the “tablet,” and a better sense of scale for  the product as a whole. The cable looks large, but that might be because the device is smaller than we think?

Here’s that side profile: 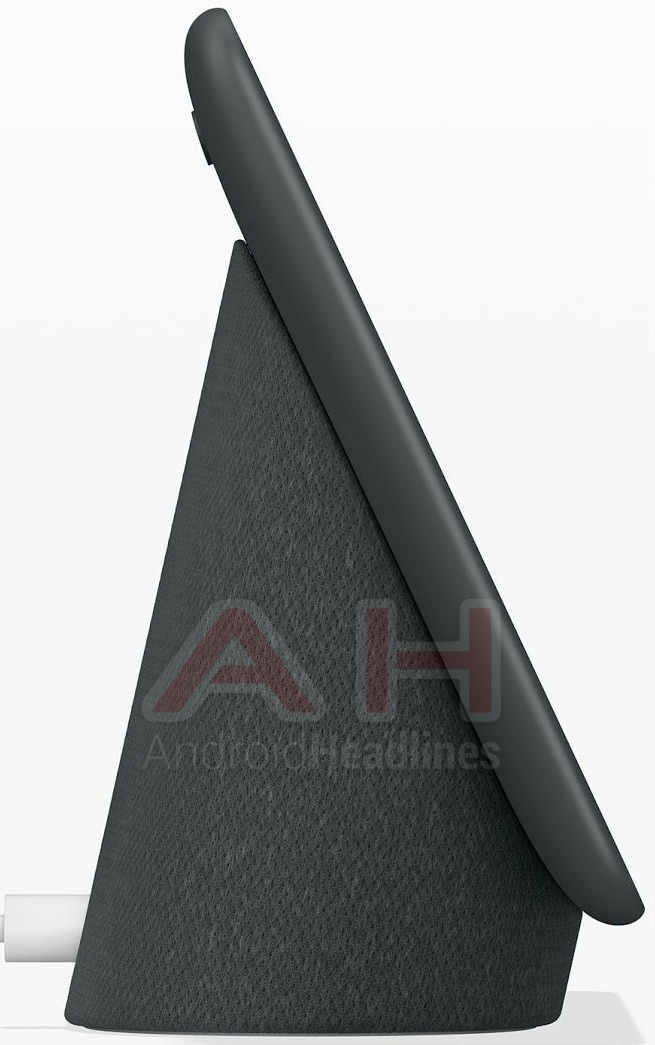 We already know most details about the device, as seen in the previously-leaked specification pages. There’s also a volume rocker on the back-left side, a switch to turn off the microphone, 802.11ac Wi-Fi, Bluetooth, an ambient light and color sense, and it weighs in at 480g. In the box, you’ll get the Google Home Hub, its power adapter, a quick start guide, and the warranty booklet.

On the software side of things, you’ll be able to do just about everything that you can do with the current lineup of Smart Displays. You can get weather, traffic, and relevant information for the wide variety of Google Assistant tasks on its display alongside the usual verbal feedback.

The Google Home Hub will launch at Google’s annual “Made by Google” event on October 9th in New York City. Google plans to hold concurrent events in Paris and London as well.