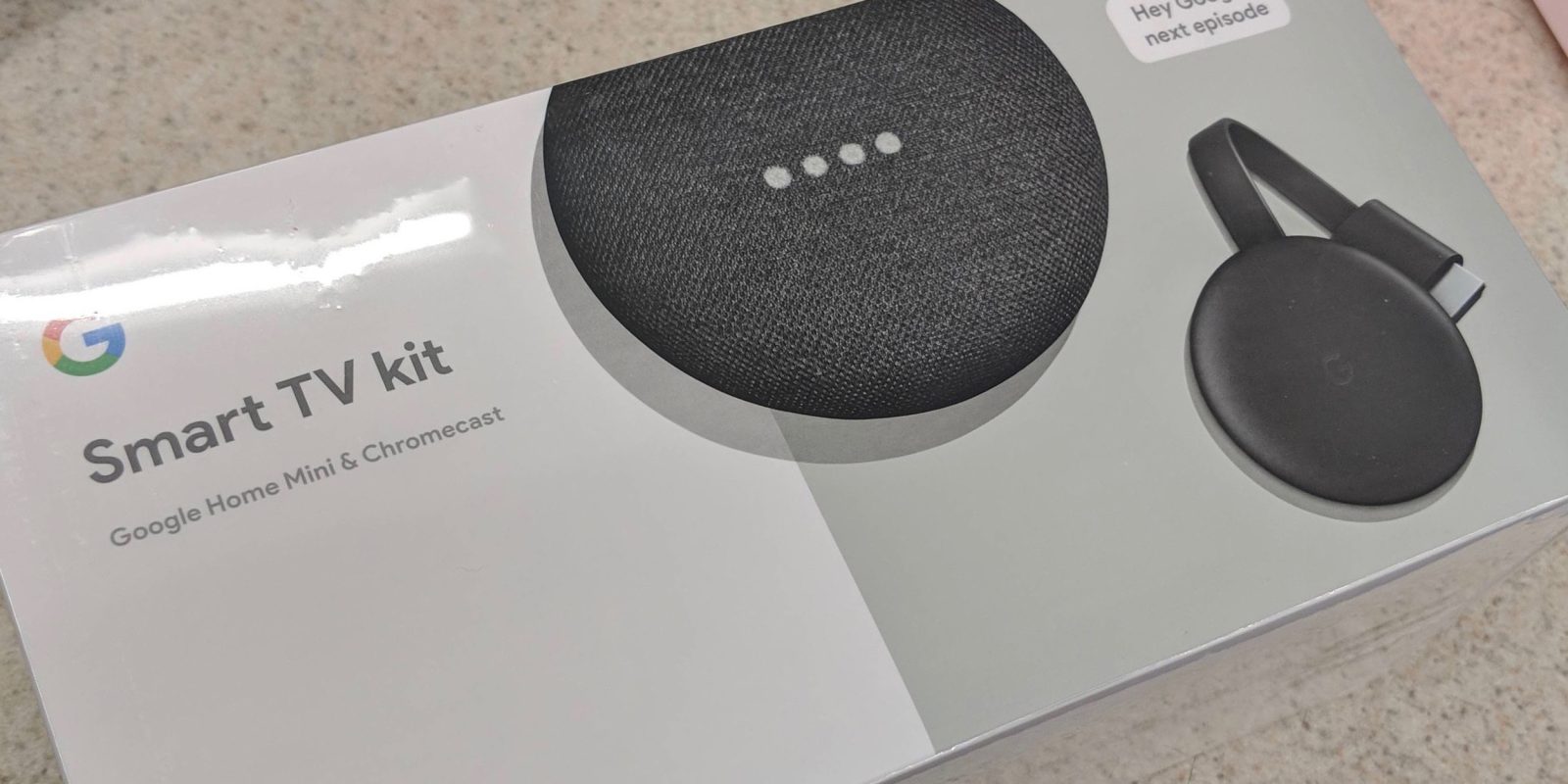 Over the weekend, the third-generation Chromecast leaked after early retail availability at Best Buy. The Made by Google streaming puck leaked again today as part of a rebranded “Smart TV Kit.”

A retail employee this evening posted a new picture on Reddit (via Android Police) of the Google Home Mini & Chromecast bundle already available as a Wal-Mart exclusive. However, instead of the box just generically naming the contents of the bundle, the package is now refered to as a “Smart TV kit.”

The box clearly shows the new Chromecast with rounded edges and matte surface instead of a glossy black finish. Meanwhile, the Chrome logo makes way for the Google ‘G’ to better fit in with the Made by Google lineup.

As detailed by the FCC, this device is near identical to the three-year old 2nd generation Chromecast. However, it benefits from improved Wi-Fi and the mysterious addition of Bluetooth.

Some speculated that this connectivity could allow for a physical remote, but one is not included in the package. Meanwhile, the HDMI port loses the convenient magnetic connector that previously ensured the dongle did not dangle, while power is still delivered over microUSB (and not USB-C).

Given that this is the second time in less than a week that the new device has arrived at a retailer, it’s likely that availability is imminent. According to the first leak, the new Chromecast will be available on October 9th at Best Buy.

Meanwhile, Google angling the Home Mini and Chromecast as a Smart TV kit is clever given the recent addition of more visual responses. Besides the weather and YouTube search results, visualizations for sports scores, stocks, and other queries from Google Home will now appear on connected TVs.