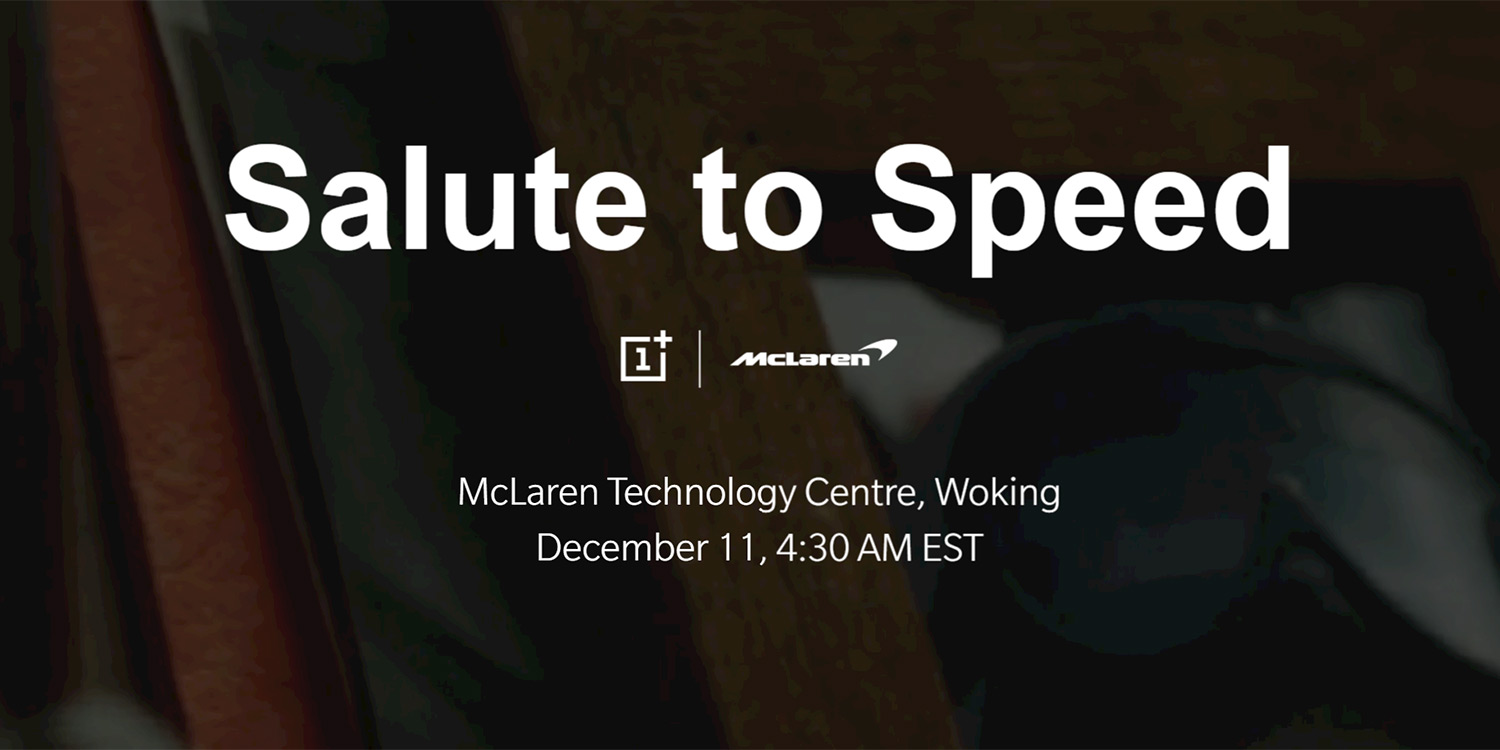 Hailing themselves as the ‘King of Speed’ is one way in which OnePlus has marketed the OnePlus 6T devices in recent years. Well, now the brand has partnered with a real ‘King of Speed’ in the form of British supercar brand McLaren to bring a likely limited edition McLaren OnePlus 6T model to avid fans.

Whilst we don’t know exactly what this collaboration will entail, the official OnePlus website points to mclaren-6t — arguably the truest sign that this announcement scheduled for December 11th will be of a limited edition McLaren 6T model.

Of course, McLaren is well-known for being an automotive pioneer, with the original McLaren F1 being the world’s fastest production car at one point in the past two decades.

There is very little detail of what his partnership entails but this teaser website hints “the two brands will unveil the first stage of the collaboration on December 11, 2018 at the ‘Salute to Speed’ launch event, held at the McLaren Technology Centre in the UK.”

We’ve seen OnePlus team up with other brands to create limited edition devices in the past, with the Avengers OnePlus 6 being that last major example of this kind of partnership. That model was only released in India, so here’s hoping we see the McLaren model more widely available.

If you take a quick look at the other Chinese brands already offering devices with car branding, you get an indication of why OnePlus might have decided on this partnership. Huawei’s recent Porsche design handsets and Oppo’s Lamborghini branded devices are just a few key examples.

With OnePlus stating on the announcement page that this is a “long-term strategic partnership” we could potentially see a number of McLaren OnePlus handsets in future. That combined with the number of other limited handsets we’ve seen from the company in recent years could adds up to a lot of choice for the patient OnePlus fan.

As for what we expect, the website has a special note for Carbon-fiber. This might mean we see a carbon-fiber finished OnePlus 6T device at the December 11th announcement.