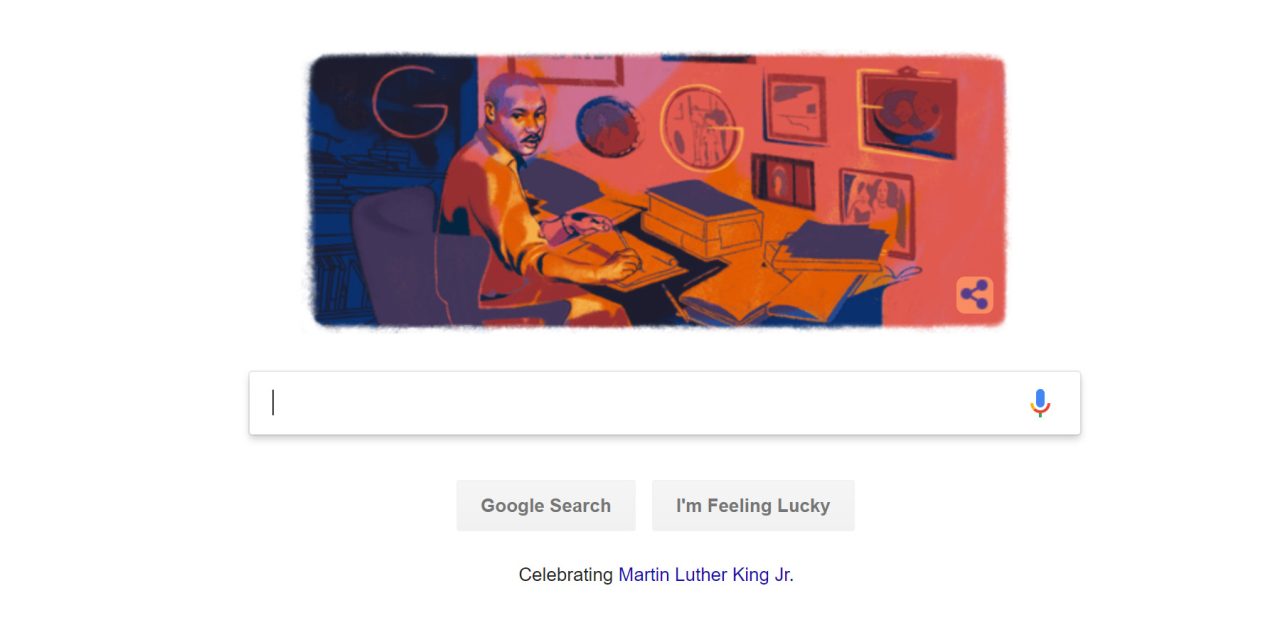 Google Doodles are often used on the search giant’s homepage to recognize an important date, event, or holiday. Today, in honor of Martin Luther King Jr. Day, the company has put up a special Doodle from a guest artist.

Featured for the day on the Google.com homepage, users will see a Doodle which depicts Martin Luther King Jr. behind-the-scenes working on papers, research, and studying. The doodle was created by a guest artist, Xia Gordon. The Brooklyn-based artist was approached by Google for the project and explains a bit more about her work in a brief Q&A.

Q: What were your first thoughts when you were approached about working on this year’s MLK Day Doodle? A: My first thoughts after being approached about this project were; 1. What is the the most interesting way to tackle depicting such a prominent historical figure and 2. What part of MLK do we not often see. I ended up becoming fascinated with the idea of seeing MLK behind-the-scenes – studying, writing, and preparing to appear at the events that we are already so familiar with.

Q: Did you draw inspiration from anything in particular for this Doodle? A: When creating the Doodle I drew a lot of inspiration from descriptions and photos of poets, musicians, and painters – in their studios. I wanted to try to create that same sort of intimacy with the viewer, as if they had been invited to his office and could have a conversation about what they had planned for their futures.

Q: What message do you hope people take away from your Doodle? A: I hope the Doodle will encourage people to celebrate the achievements made by Martin Luther King, Jr., the man, not the monolith. Also, I hope it will help people understand that advocating for the rights of others is something that any one person can do.