Data from Canalys shows that Samsung managed to ship 293.7 million handsets for a total 21.2% market share in the global device market. That is down from the previous 12-month figure of 316.6 million units shipped.

Whilst the data isn’t a surprise, the year-on-year decline in smartphone shipments does indicate that we may have actually already reached ‘peak smartphone’. That means that at least in theory, the only way is down for some of the world’s biggest smartphone makers.

Q4 2018 was indicative of the entire industry, with both Apple and Samsung seeing shipments fall 7% and 5% respectively. Despite controversy and almost zero presence in North America, Huawei continues to buck the trend and increased Q4 2018 shipments by a staggering 47%.

Oppo, another Chinese maker not seen in vast portions of the Western Hemisphere also saw impressive growth in Q4 2018. The OnePlus parent company saw a Q4 growth of just over 20%, although it’s unclear if this figure includes OnePlus devices. 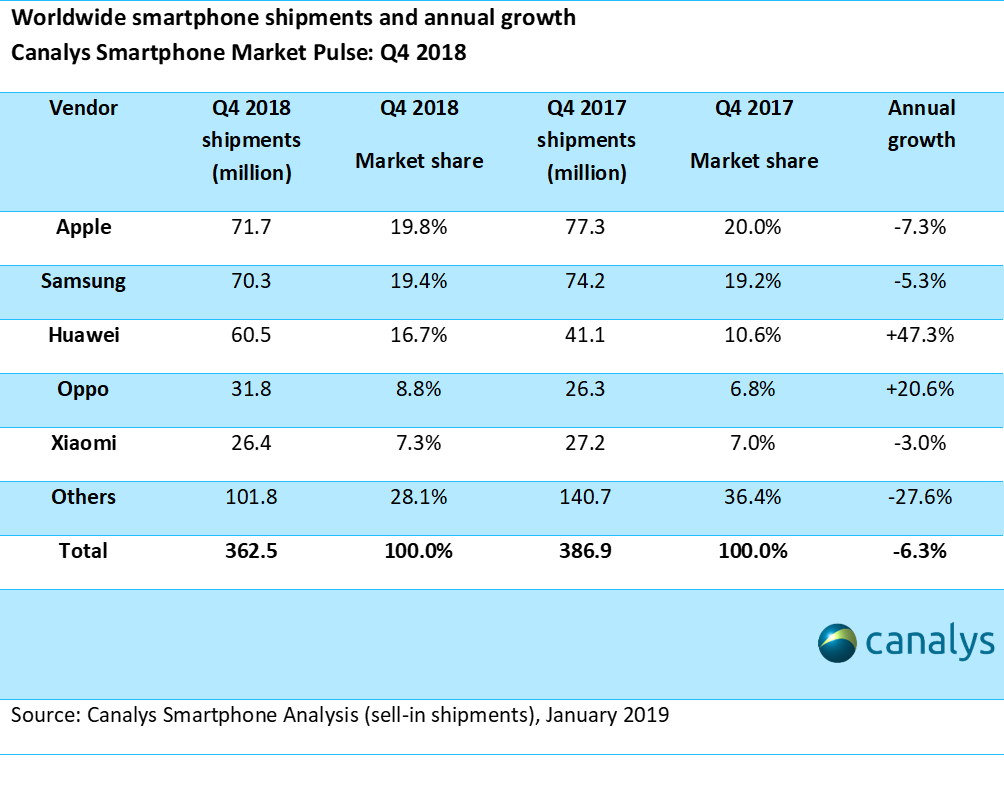 The interesting aspect is that growth of the three big Chinese players in the form of Huawei, Xiaomi and Oppo. Whilst every other OEM is seeing a downward trend in smartphone shipments, these Eastern-run companies are really starting to make waves all without needing access to the lucrative North American marketplace.

Huawei and Xiaomi have both aggressively bombarded the market with low-end, low-cost devices that offer a great deal for the money. Clearly, in the Android space, this is working for those brands. The growth of good-quality Android One phones is also a possible catalyst for this massive growth. 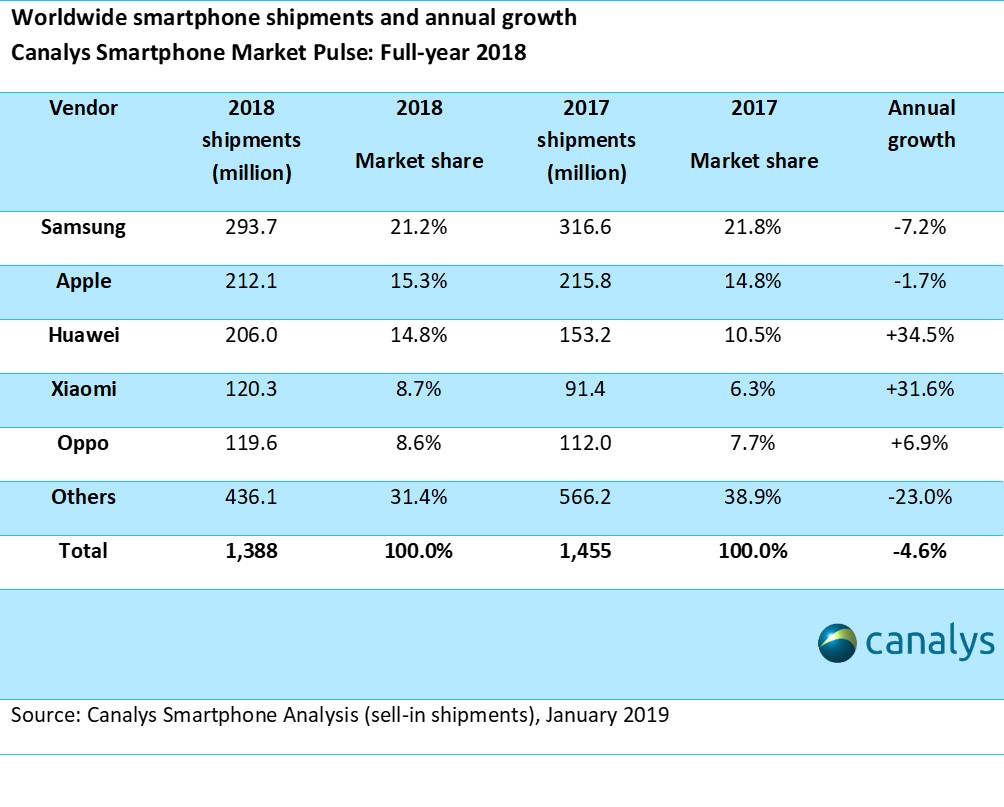 It will be intriguing to see if the upcoming launch of the Galaxy S10 will affect the shipment fortunes of Samsung over the coming year. The South Korean tech giant will have to hold strong and combat the market flood by Huawei to retain top spot for 2019.

It’s also worth noting how impressive it is that Apple competes directly with such a refined or ‘limited’ product lineup. It was the only US brand on the list and the biggest hitter in Q4 2018, shipping 71.7 million units despite falling sales. That put Apple above Samsung for the first time in 2018 but wasn’t enough to take the crown for the year.

Unsurprisingly we don’t see any sign of Google within these figures. The Pixel even being arguably one of, if not the best way to experience Android, is still a relatively niche product. We know that Google shipped just 3.9 million Pixel devices in 2017. At that time the Pixel made just 2.8% of the US smartphone market.