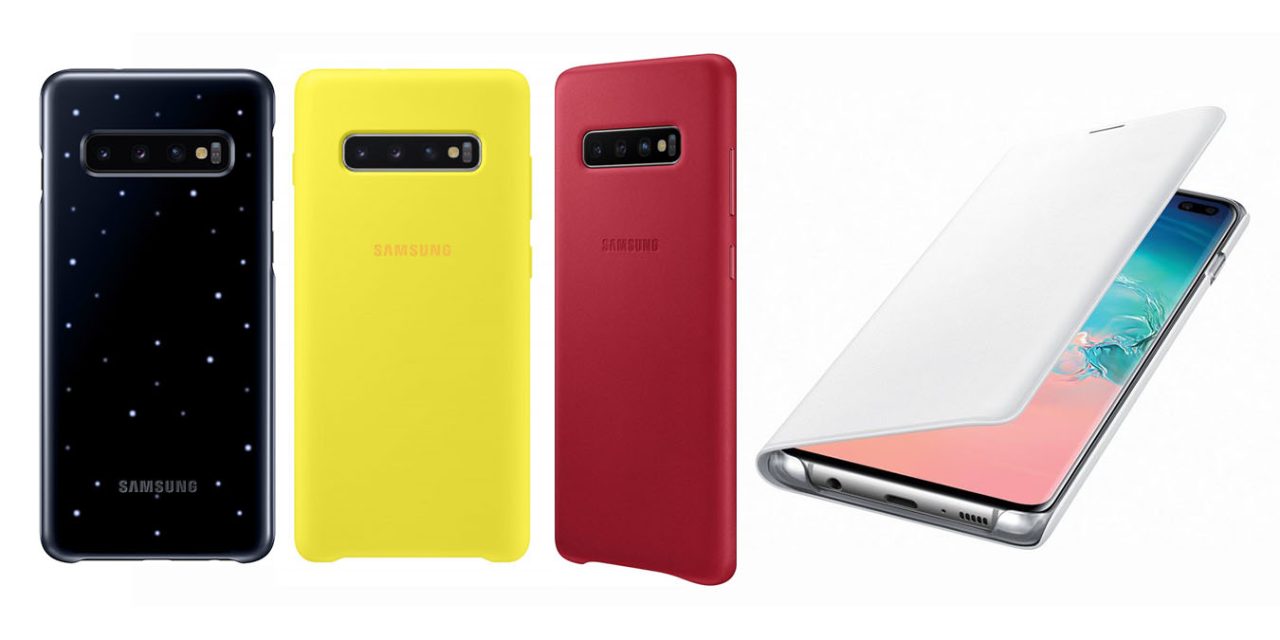 We’ve already learned a ton about Samsung’s Galaxy S10 series ahead of the official debut later this week, and today we’re getting more details. Thanks to a handful of recent leaks, we’re getting a closer look at some Galaxy S10 accessories including cases, screen protectors, and more.

Courtesy of Roland Quandt and Ishan Agarwal, we’re getting new looks this week at several accessories for the Galaxy S10 family as a whole. These mostly include cases for the phone, with a ton of new options added to the company’s lineup.

Quandt shows off an LED cover for the Galaxy S10e which is also available for the S10 and S10+. Samsung says the case has an “emotional LED lighting effect” which puts a star pattern on the back of the device. It seems like it might also show details such as incoming calls. It doesn’t appear that the case plugs into the phone, so presumably, it draws power from the reverse wireless charging feature.

Further, there are several other Galaxy S10 series cases detailed by Droid-Shout. These cases include a Clear Cover, Clear View Cover, Leather Cover, the LED cover pictured above, an LED View cover, Protective Standing Cover, Silicone Cover, and Pattern Cover. Clearly, Samsung is going all out with these cases. Some have been seen before on the Galaxy S9 and Note 9, but others such as the LED cover are new to the S10. No pricing details are available for these various Galaxy S10 cases, but they’ll likely align closely with previous options which range between $29 and $69 in the States.

Samsung will officially reveal the Galaxy S10, as well as these cases and accessories, on February 20th. You can check out more Galaxy S10 leaks in the links below.