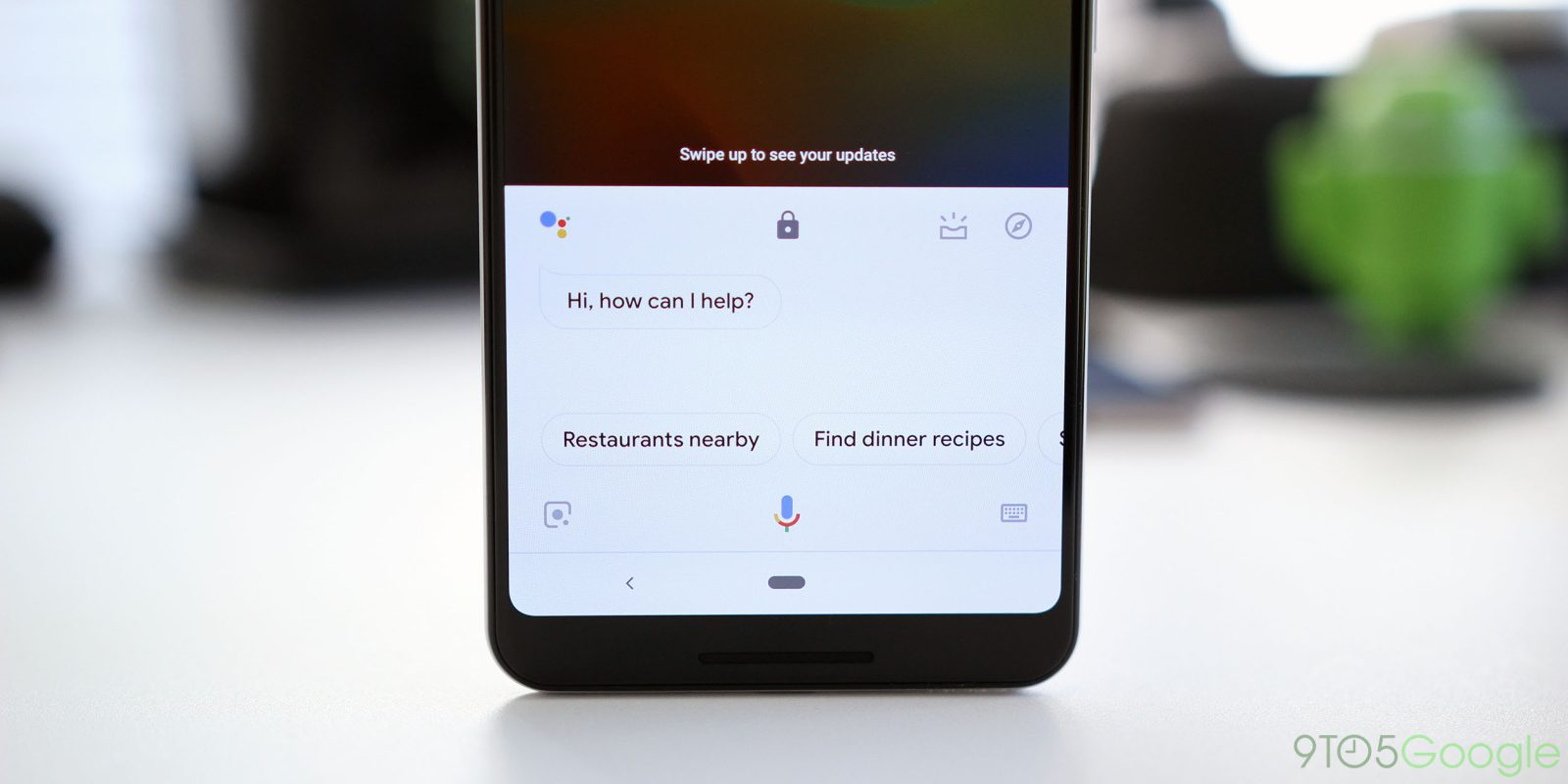 With the Pixel 3 and Pixel 3 XL, Google removed the ability for Voice Match to act as a password and fully unlock your phone. Google announced at CES 2019 that this new behavior would be coming to all Android devices, with the change beginning to roll out.

Instead of a full device unlock, Voice Match recognition on phones and tablets can now only provide Assistant “personal results,” like email and calendar entries. The full list of responses — either in verbal or visual card form — include:

Without entering a pin, password, or fingerprint, users can now only interact with the Assistant interface on the lock screen. This limited form of access is signified by a lock icon at the top of the screen. In the past, users — after their voice was recognized — would be able to press the home button and return to the full unlocked homescreen after a simple command like “Ok Google, check the weather.”

This is a possible issue as Voice Match is not an absolutely secure form of authentication. The change also has the benefit of syncing up Voice Match — now an Assistant feature — behavior with Google Home speakers and Smart Displays.

Security-wise, this new behavior makes sense, but there are some annoyances after using for several months on a Pixel 3. Namely, issuing a voice command for something as simple as “play music” requires you to unlock a device. This change is a hassle and obviates the use of hands-free commands, but ultimately is for the better.

This deprecation of “Unlock with Voice Match” is rolling out via a sever-side update, but we’ve already spotted it with Google app 9.27 (the current stable release) on a Moto Z and a Pixel XL. Other devices we checked with Google app 9.31 have yet to lose the full voice unlock.

When this deprecation is rolled out to your device, heading to Google Assistant settings > Assistant tab > Assistant devices list > and Phone will reveal that the “Unlock with Voice Match” toggle has been replaced with “Lock screen personal results.”

In past APK Insights, we have spotted a prompt that users should see before this “replacement” widely rolls out. Meanwhile, in early January, Google noted that this “feature is coming to all Android devices in the next few weeks.”

<string name=”opa_trusted_voice_deprecation_promo_message”>”The Voice Match to unlock feature you’ve been using has been replaced with a more secure way to get personal results while your device is locked. You can change this in your Assistant settings”